It was a night of fun and horror as Nu Metro Cinemas hosted their second Guys’ Night evening at Scene Xtreme venues (Nu Metro The Glen, Menlyn Park, Canal Walk and Ballito Junction) yesterday. Fortress of Solitude attended the early screening of Ridley Scott’s Alien: Covenant at Canal Walk Scene Xtreme, the perfect setting for one of the most breathtaking films of the year. As the name suggests, ‘Guys’ Night’ is Nu Metro’s new guys only event, not too different from their current Girls’ Night Out concept that has been running for the last few years. However, due to some confusion (despite the ‘No Girls Allowed’ signs plastered across the hallways), and after a permission request by the events MC, there were a few ladies in the crowd too. Like good gentlemen, the guys were, of course, highly accommodating and the event continued in the same spirit and atmosphere, with plenty of laughs and fun.

As with every Guys Night event, random draw prizes were handed out to attendees before the film. Amongst the loot was a lot of beer, movie merchandise (which included Guardians of the Galaxy and Pirates of the Caribbean hampers), tickets to UFC fights and rare Alien memorabilia (including a one of kind Alien: Covenant concept art sketch). The best news is that I finally walked away as a winner.

Expresso were also present, with Katlego Maboe interviewing the audience about their expectations for the film and the event as they shared pizza and drinks. Amidst the crowd, there were also tables set up to display paintball gear, other manly products and free magazines. For those who don’t know, Scene Xtreme is Nu Metro’s take on IMAX. The Canal Walk venue boasts the largest cinema screen in the Western Cape and the only laser projection cinema in the country. It is also one of four Atmos cinemas currently operating in South Africa and has advanced RealD “Precision White Screen” digital projection technology. When you combine the awesome quality with the luxury recliner seating and the VIP lounge area, Scene Xtreme really does seem like a world-class audio-visual cinema experience. If you haven’t tried it yet, I suggest you do.

Sci-fi horror Alien: Covenant, a film with so many intricate details, deserves to be seen on the biggest and best screen possible. It thrills with amazing visuals and incredible sound design. The 4k picture quality was so crisp and so vibrant that at times it felt as though I was watching a 3D film (which it wasn’t). This only added to the horror played out on screen. Everything became just a little more life-like. Look hard enough and you can see the tiny hairs on the arm of Michael Fassbender’s Walter.

All in all, it was a really great experience. I’m already looking forward to Nu Metro’s third Guys’ Night evening. 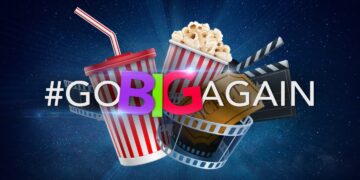