Deadpool in 4DX. Just let that sink in for a bit. That’s a whole extra D. Two months ago we were fortunate enough to review Star Wars: The Force Awakens in 4DX. It was an amazing experience, but there were a few shortcomings that left us a bit skeptical about the technology and its place in the future of cinema. Returning to Nu Metro’s 4DX at V&A Waterfront, we were given the opportunity to experience Deadpool (I say experience because that’s exactly what 4DX is). Thankfully, there are a few improvements and, while the film still feels like a rollercoaster ride, it was much more pleasurable.

Deadpool is an action-packed rollercoaster ride, even when it’s not viewed in a 4DX cinema. It’s a hilarious over-the-top action extravaganza that has all its cool qualities amplified by the cinema. The moving seats, the squirting water, the winds, the strobing lights and the smells all worked well to enhance the film. Unlike my Star Wars viewing, I didn’t feel like it distracted from the film at all. Everything has been toned down just enough for you to enjoy the film and the ride. There is just the right balance of smoke, winds, lights, smells, movement and tickles to amplify the cinema experience. It’s a super fun, super loud and super in-your-face experience. Prepare to be shaken and thrown around in your seat quite a bit. Unfortunately, the film wasn’t screened in 3D (because it wasn’t made in 3D). It was just a straight up 2D with all the extra bells and whistles. While this doesn’t make it less exciting, at R150 a ticket, I’d want as much as I can get for my buck. But don’t let the lack of 3D deter you, the video and sound is exceptionally good.

The Nu Metro 4DX cinema at V&A probably has the best 7.1 I’ve ever heard. It’s crisp, clean and crystal. Action scenes are far more immersive, thanks to great sound quality. The screen is shaped like a giant Curved UHD TV, you know the ones you see in stores with the ungodly price tags. It’s incredibly sharp, with high contrast and colours really pop off the screen. The smells have also been improved quite a bit. I could smell a lot more of the scenery in the film – especially the burning smells during the fires and the explosions. And, thank goodness, the light strobing has been dimmed down quite a bit.

Nobody can deny that 4DX is loads of fun. It’s a unique cinema experience unlike any other. I got to see Deadpool in a normal 2D cinema before visiting the 4DX cinema, and this is by far superior. It was fun. And that’s exactly what Deadpool is about – fun. Seats moving, twisting and jiving adds to that fun. When Deadpool kills the bad guys in the opening scene, the audience truly feels the sensation of being in the car with him.

When the blood sprays across the screen, your chair squirts water in your face. That’s how immersive it is! It seems 4DX is no longer just a gimmick, but part of the narrative. And that’s really great! It’s all about taking an already great experience and making it even greater!

Plus, as an awesome bonus, I got to see the Batman v Superman trailer in 4DX (with the smells, sprays, lights, winds, movement, etc). It looks amazing! 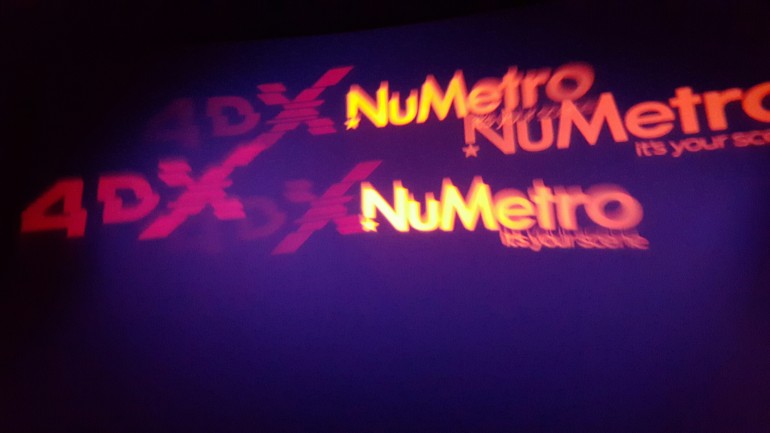