Is Nu Metro’s Il Grande One Of The Top Cinemas In South Africa? 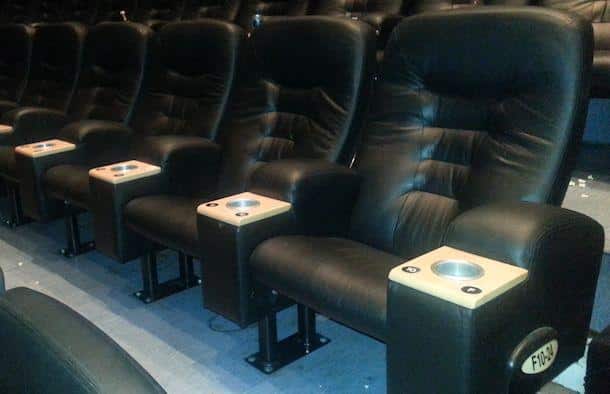 Last week FoS featured a review on Nu Metro’s Pantheon as part of the Top South African Cinemas featurette. This week, we visited another Nu Metro theatre, Il Grande at Montecasino, Johannesburg. Montecasino hosts one of South Africa’s 20 Nu Metro complexes, which account for around 30% of the national cinema complexes. How does it compare against its cousin, Pantheon, and Cine Prestige? As mentioned, the Il Grande theatre is found at Nu Metro complex in Montecasino, situated in Fourways, Johannesburg, which is one of the more popular areas in terms of the nightlife scene. Montecasino, although quite busy, doesn’t match up to the likes of Emperor’s Palace, which will provide some relief to the hussle and bussle of the Christmas season (comparatively speaking). As with Emperor’s Palace, Montecasino also has a wide variety of activity to keep yourself or your kids, busy before and after attending a movie. There are a number of differences between the Pantheon and Il Grande, with the latter offering a semi-detached bar. The bar offers both non and alcoholic drinks, which isn’t the most expensive I’ve seen. Although this does allow the opportunity to relax and unwind before the movie, I don’t see how popcorn mixes well with alcohol. The bar area, right outside the Il Grande theatre, also includes a number of tables and comfortable seating. Despite both the Pantheon and Il Grande offering comfortable seating outside their respective venues, there is quite a difference between the 2, which will give you unique experience at either. Montecasino also offers a Prive lounge, suitable for smokers. Montecasino‘s Nu Metro complex has 15 separate theatres with a total of 3137 seats, with 560 of these from Il Grande alone. Additionally, the complex also includes 3 cinemas that offer their luxury Privé, leather seating, along with 4 3D cinemas. Il Grande not only offers the same luxury seating and digital 3D experience, it also boasts one of the world’s largest RealD 3D screen at 285m2, which includes a state-of-the-art 2K digital projector. There’s no doubting the size of the screen adds to the experience.

Despite its size, the quality of the screen does not match that of Pantheon, which is a lot crisper and clearer, making 3D viewing a bit more exciting. The sounds setup at Il Grande seems to have a better quality bass over Pantheon, although you would have to be seated around the centre of the venue to get the full effect. If nothing else, the bass levels during action sequences make the difference. During the normal dialogue, however, there were times when trying to make out what the person was saying proved tricky. Needless to say, you won’t want to waste the sound setup on films with no action or sound effects. Il Grande offers Dolby Surround System Speakers with 7.1 channels. The only real issue I had at the complex was the queuing for refreshments. Since there are many screenings taking place at almost similar times, having anywhere close to the 3100 seats available sold out, means that the queues can become troublesome. At one point during our queuing process (which it was), the long queues meant that attendees starting jumping lines, which frustrated some of the other patrons. Timing your movie schedule is therefore quite important these holidays, whichever complex you’ll be visiting.

As with the Pantheon, the cost of watching a movie at Il Grande only costs R65, both a full R20 cheaper than Cine Prestige. The overall experience is quite good. With luxury seating, separate drinks menu, comfortable relaxing areas and cinema seating, and the biggest RealD 3D screen around this region, Il Grande provides a great experience for movie-goers. Depending on which type of media you’re more geared toward (audio or visual), you may choose Il Grande, which has better bass during action scenes, or Pantheon, with better visual quality and overall sound quality. Other factors such as surrounding entertainment, capacities and travel will also have some impact on your decision. In the end, I can’t decide which I prefer, as they’re both great.

A word of thanks to Nu Metro staff for their assistance, with special mention to Garth Young (Cinema Manager, Montecasino).