Orphan Black: The Movie isn’t a thing. But if it was, it would be a lot like Seven Sisters starring Noomi Rapace as 7 different characters.

It’s probably not such a big stretch of the imagination to imagine a world where the entire planet has adopted China’s “one child only” rule. In Seven Sisters, which is set in 2073, Willem Dafoe breaks the law by raising seven identical twin sisters named Monday, Tuesday, Wednesday, Thursday, Friday, Saturday And Sunday. All those characters are raised as Karen Settman, who they each get a chance to be for one day of the week.

In a world where families are limited to one child due to overpopulation, a set of identical septuplets must avoid being put to a long sleep by the government and dangerous infighting while investigating the disappearance of one of their own.

There’s a definite comparison to Orphan Black, which also involves a similar premise – running from authorities and the importance of identity. 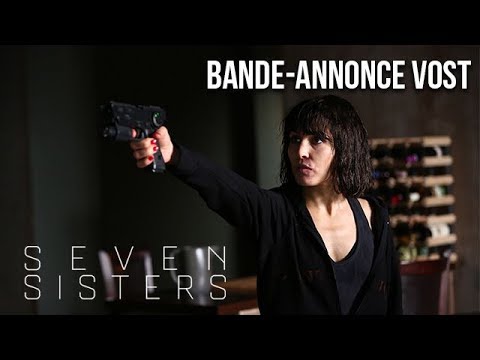