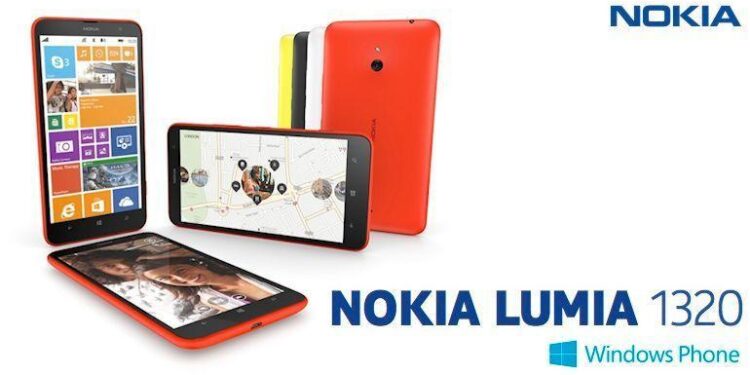 Nokia gained some much need traction with the Lumia smartphones over the past year, although the company still relied heavily on its feature phone segment. This, unfortunately, wasn’t enough to save the Nokia mobile brand, which has since been acquired by Microsoft, and rebranded under the Microsoft Mobile umbrella. All politics aside, the Lumia brand still continues as strong as ever. Along with the Lumia 1520, reviewed previously, the company also announced the Lumia 1320, which only launched in South Africa a good few months later. The Lumia 1320 has received the title of “budget 1520” in the media, offering a similar 6” experience for Windows Phone users, without the same dent left in your pocket. The point the company aims to make is that phablets don’t have to be overly expensive. The flipside of coin is that some leeway has to be made in terms of overall performance and specifications. We find out if the Lumia 1320 finds the balance between the two. The Lumia 1520 continued the line of quality Lumia smartphones, with its polycarbonate frame and bevelled glass screen. The Lumia 1320 still fits the mould of the flagship Lumia line, but doesn’t match the same standards as previously set. Instead, the 1320 conforms to the lower-end Lumia smartphones, with colourful, pop-out plastic cover. While the 6” screen and larger frame of the 1520 didn’t diminish the look and feel thanks to its more premium build, gripping the 1320 by means of its plastic body causes some concern. On the odd occasion, it feels as if the device will just slip out from your grip if not held correctly. In addition, the 1320 weighs 220g, compared to the 1520 at 209g. To put things into the perspective, the Samsung Galaxy Note 3 weighs just 168g for its 5.7” screen.

On the positioning and dimensions front, the 1320 measures 164.2×85.9×9.8mm, with pretty much the same button configuration as the 1520. On the top you’ll find the 3.5mm audio jack, with the microUSB and microphone on the opposite, bottom end. The right hand side houses the all the buttons, including the volume rocker, power button, and dedicated button, in that order from top to bottom. The left side remains clear of any obtrusions. The rear also lacks some of the busyness, with a simple 5MP camera, LED flash, and Nokia label, all of which are flat with no protrusion. The only protrusion on the rear comes from the little rubber grips on either side of the speaker grill. To access the SIM and microSD card slots, you will need remove the cover, which also reveals a, strangely, non-removable 3,400mAh battery. As with many of the other Lumia smartphones, the variety of vibrant colours are quite noticeable at a distant. The colours here vary between red, white, black and yellow. Many of the phablets on the market today are amongst the top smartphones in terms of their specifications, premium design and build, as well as accessories and features included. The larger screened devices are more prone to pixilation, which is why it’s essential that the resolution of the display, as well as the GPU powering it are of the highest pedigree.

The Lumia 1320, in its quest to be a budget phablet, doesn’t adhere to this trend, instead offering the 6” experience on more budget-friendly hardware. The most noticeable difference as a result is the resolution, the 1320 a mere 720x1280px display at 245ppi pixel density. One of the biggest concerns on the device is the pixilation on such a large screen, easily picked up when viewing images and, at times, watching videos and playing games. The overall performance of the display, though, isn’t at all bad, delivering vibrant colours on its 720p ClearBlack LCD screen. Despite the “ClearBlack” branding of the screen, darker colours appear more grey. There’s little reason to complain, as it is understandable considering its price point. As with the other aspects of the Lumia 1320, it is hard to judge the hardware in comparison to other flagship smartphones, as opposed to what it aims to achieve. With this in mind, the Lumia 1320 has a Qualcomm Snapdragon S4, 1.7GHz Dual-Core CPU with its Adreno 305 GPU in tow. Even with this, lower-specced phablet, the Windows Phone experience has never been known to suffer as a result, and the same can be observed in this case. Animations are still as smooth and crisp, and leg free, as observed in other Lumia handsets. Pushing the CPU and GPU a little harder by running a few graphically intensive games still doesn’t display any lag, although the quality has been reduced to optimise the performance based on the hardware.

Other hardware specifications include 1GB RAM, 8GB internal storage, 5MP camera and the same 3,400mAh battery you find on the 1520. In all honesty, a mix bag of goods for the consumer. The lack of internal storage means that it is essential to invest in an SD card on which to store your captured photos and videos, as the 8GB will be no near enough. You could also opt for the, now, 15GB of SkyDrive cloud storage space. The 5MP camera is nothing more than average on the surface, but does well in enough under good lighting conditions to take some meaningful snaps. The front-facing 0.3MP camera, on the other hand, is not worth the mention, and it would be suggested to attempt selfies using the rear camera, however awkward it may seem. Then there’s the battery. On the 1520, the results are good. On the 1320, the results are even better; one benefit of having the lower-end specifications. Although results may vary, usage on a single charge can easily extend into two days under normal use, and easily make a full day even after a good chunk of heavy usage from games especially. Standby time is indicated at close to a month, although this fact seems rather pointless as there’s no real point purchasing a phone to leave it on standby even for just one hour. Despite its budget status, the Lumia 1320 still offers LTE connectivity. This is quite a unique feature on a, supposed, budget device, granted good data transfer speeds for those in search of an instantaneous social experience. Throughout the review, the term “budget” has been thrown around quite often. Although not truly budget, the R4,499 price makes it more affordable than a number of smartphones currently on the market. In fact, the price is the same as that of the Samsung Galaxy S4 Mini, a 4.3” smartphone with similar hardware specifications. The biggest problem in selling the Lumia 1320 is that it doesn’t fit into any category, and rather starts one on its own. If you’re interested in a budget smartphone, there may be better alternatives on the market to meet your needs, some of which are more affordable as well. Those interested in the large-screened, 6” display, then, again, there are much better options available, bearing in mind the price. Apart from the size, battery life, and a price half that of the 1520, there’s little to offer on the Lumia 1320. But it’s exactly that trio of features that will make it worth your while.