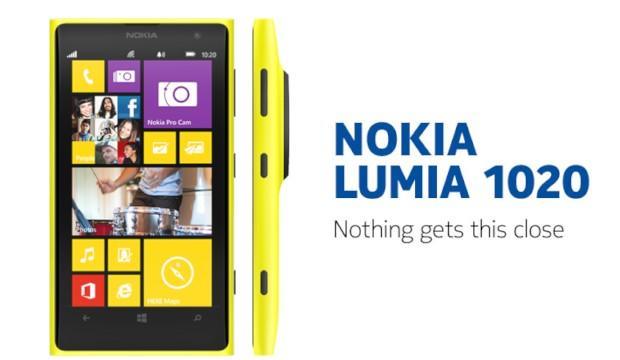 Nokia has seen an improvement in the smartphone market share in 2013, thanks largely in part to producing devices suited to today’s market. Shortly after releasing the flagship Lumia 925, Nokia announced the much-anticipated, and rumoured, Lumia 1020. The company first introduced the world to their 41-megapixel camera sensor with the Nokia 808 PureView in 2012. Unfortunately, Nokia achieved little success with the device, still running its Symbian OS, and the prowess of the tech seemed to have been disregarded. Nokia has, however, since revived the PureView tech in the form of an updated Lumia smartphone, with a lot more to offer than Symbian did last year. The Nokia Lumia 1020 easily fits the trend of a Lumia smartphone, and can be spotted a mile away in a crowd of other smartphones. While it looks like many of the other Lumia devices in the line-up, there have been a few slight changes over the previous flagship, Lumia 925. Very slight changes. The 1020 sports a one-piece polycarbonate frame, the same build quality for both the 925 and 920. The 925 is still the thinnest and lightest Lumia smartphone around, as the 1020 falls short on some of those specs due to the oversized rear camera, which we can easily forget. The 1020 weighs 158g, opposed to the 925 at 139g and the 920 at 185g. Despite adding an extra 1.9mm to its width, the 1020 still manages to slide quite comfortably into your pocket (for guys at least), and is just as easy to hold and shoot. The large camera frame actually creates a vertical tilt, which makes it easier to use when lying ‘flat’ on the desk.

Across all three devices, the screen remains unchanged at 4.5”, with a 768x1280px, “PureMotion HD+”, AMOLED capacitive touchscreen. Nokia has swapped out the previous Gorilla Glass 2 screen protection with Gorilla Glass 3, for added insurance in reducing scratches and cracks. The microUSB port has been move from the top of the phone to the bottom, making it much easier to use and charge, which also makes it easier to accessorise. The 1020 comes in colours including yellow, black and white, with some operators selling an exclusive red model. Since the 1020 sports similar specs to that of the 925, there’s not much need to delve into too much detail [Nokia Lumia 925: Review]. Skip ahead to why we all came here; the 41MP camera. It’s kind of hard to ignore, protruding from the rear. When Nokia launched the 808 PureView in 2012, many were left scratching their heads wondering if it was simply a matter of nifty tech tricks, software, and genius marketing, as many of the leading smartphones were not even pushing 10MP cameras at the time. Fast forward one year, and Nokia has taken the same tech and improved it slightly, and including much better software to fully utilise the camera’s ability.

The rear camera has a long list of features apart from the high-resolution imagery, including a mechanical shutter, two types of flash (Xenon and LED), image stabilization, 1/1.5” sensor, 1.12µm pixel size, Nokia’s PureView technology, six-element lens array and Carl Zeiss optics. The camera isn’t yet a fully-fledged competitor to DSLRs for professionals, but will give any point-and-shoot camera a run for its money – beating out most of the competition. While the camera has a 41MP CMOS, it’s capable of snapping 38MP photos at 7152x5368px. Even with its hardware capabilities, Nokia hasn’t just left it there, also adding a trickle software magic for eliminating Bayer-pattern, increasing sharpness, reducing noise, and increasing low-light performance. When using the snapping up those Hi-res images, the camera software creates two files, one 38MP image and one oversampled 5MP for easier browsing and searching on the phone. Statistics aside, the ‘PureView’ camera provides precision shots, even in low-light environments where you wouldn’t expect it to pick up any amount of light at all. Nokia’s Pro Cam app allows users to choose between the very basic of snaps, to that of professionals. The apps caters for changes in zoom, focus, ISO, lighting conditions, light balance, and sensor capture duration, all from one menu. Even if you consider yourself a novice, there’s hours of fun to be had, calibrating each of the settings available for the perfect photo.

The only true drawback of the camera is the battery drain, as it heats up quite significantly, which is understandable considering all the tech and trickery triggered in the background. Thankfully, Nokia provides a useful camera grip accessory, which not only provides an extended battery, but also supports connectivity to other camera stands, while providing a design similar to your more standard camera. This accessory isn’t available for all 1020 deals, but adds to the usefulness of the device, especially as being a camera, with smartphone capabilities. There’s a lot to be said about the Nokia Lumia 1020 and its camera capabilities, but it’s not a perfect smartphone by any means, without having to harp on the numerous issues with the Windows Phone OS platform. Undoubtedly, the 1020 has taken the reigns from the 925 (or 928) as Nokia’s flagship, but apart from the 41MP camera, the 2GB RAM, and a minor alteration in design layout, almost nothing has changed between the two devices. One of those design changes sees the loudspeaker be relocated to the bottom of the handset, next to the microUSB port, as opposed to the rear as with the 925. This causes quite a few issues with feedback to the other party when using a loudspeaker during calls.

Being both heavier and thicker than the 925, the 1020 is primarily a camera with smartphone capabilities thrown in for good measure. But in all fairness, you won’t find another camera like it, or even close to it, fitted to a smartphone (you can’t really call the 808 PureView a smartphone). While the camera software is easy to use, with its point-and-shoot support, the Nokia Lumia 1020 is not for the layman, as the Nokia Pro Cam software delivers capabilities for professional photography, proven numerous times by Nokia in their ad campaigns since the device’s launch. After waiting more than a year to see the return of the PureView tech in a smartphone, the camera, once again doesn’t disappoint. Despite all its limitation over other platforms, the 1020 is by far the best Windows Phone OS smartphone on the market. At retail price of R9,499, it isn’t cheap. But if you’re serious about capturing memories in the form of amazing photography, then the Lumia 1020 won’t let you down. Even for those who don’t see themselves as trigger-happy snappers, the 1020 will definitely change your opinion. 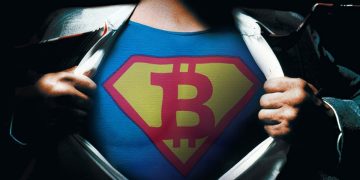