When HMD announced that it planned to revive the Nokia brand, there were many sceptics in the industry throwing their weight behind it crashing before long. Fast-forward a year after the relaunch of the Nokia smartphone, the team has managed to capture 1% of the market in Q4 2017. That equates to just over 4 million units, with a total of over 8 million for the year. While many of the techies may have been looking at Nokia’s switch to the use of Android OS as the big talking point, which it rightly is, but the team threw in a bit of marketing genius to get mouths watering with the reboot of the Nokia 3310. While Nokia shipped just over 8 million in smartphones, during the same time, they shipped more than 40 million feature phones during that same time, mostly as the result of the 3310 sales.

Many of us still have some good memories of the original 3310 back in the early 2000s. HMD capitalised on this with the relaunch of the device in 2017 and has sparked new life into a dying category of device, as well as the brand itself. But how well does it stand up to today’s standards? 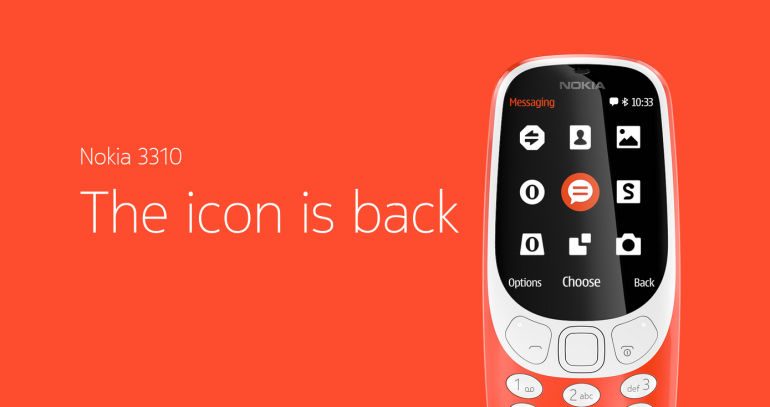 From the offset, the 2017 variant of the 3310 looks very familiar, immediately recognisable as such. That said, the two devices are far from identical, and when compared side by side, the newer version comes across as much more sleek, lightweight, and, interestingly, smoother too. If you’re in search of an identical model to the 2000 version, you’ll have to continue your search, although the overall design does lend itself to the brand, mostly thanks to the keypad layout, missing the large speaker grill on top of the screen.

The first standout difference between the two devices is the larger screen. The new model features a 2.4″ screen, nearly twice the size of the original. It also features a colour display with a 240x320px resolution compared to the “5 lines” monochrome as listed on the original. The newer version is also almost half as thin as the original, a difference between 12.8mm vs 22mm. With a difference of 17 years between releases, it’s pretty much a given that these advances would have made in favour of the 2017 variant. 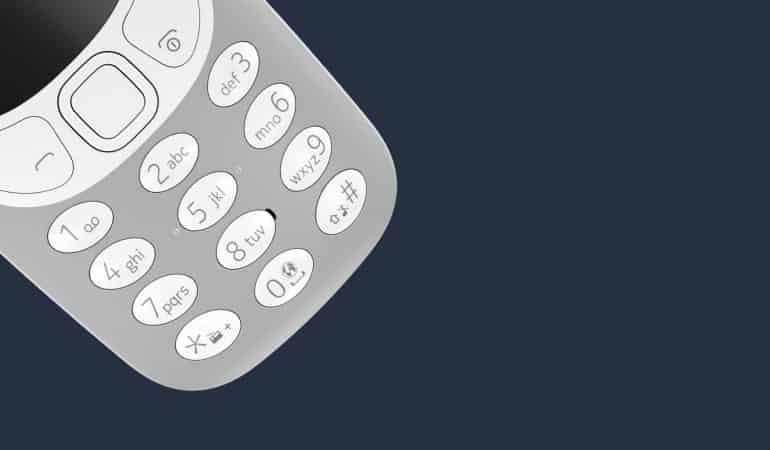 One of the standout features of the original device was its ability to survive a few really tough conditions, with many a test having been conducted over the years. While today’s drop tests are simply from heights from your pocket or on top of the roof of your car, the original 3310 could withstand drops of buildings and being driven over by cars. I don’t have such confidence in the 2017 version, but my lifestyle wouldn’t require it to. Still, it’s a lot more solid than many of today’s other phones and did well enough on a few light tests I subjected it to, within reason.

The 3310 comes in four bright colours, making it a lot more appealing with its funky themes, as opposed to the two colours the original launched in – although you were able to interchange the front and back covers in the years that followed. The colour variants include red (which appears as more of a deep orange), dark blue, yellow and grey. Perhaps these colour options were designed to appeal to the younger generation who may not have been aware of the original ever existed. The rear cover is still removable, with a removable battery, which is required to install the SIM and microSD card right above it. 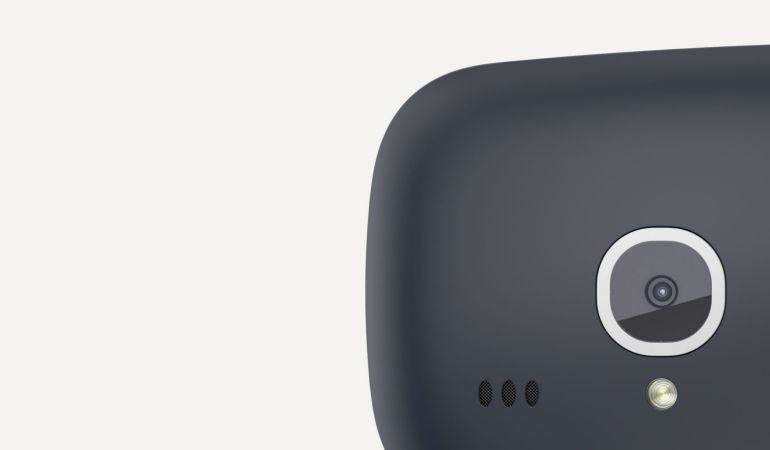 In terms of overall features available on the unit, the 3310 can’t compete against the likes of the modern smartphone. Many feature phones of today only feature pre-installed apps, and that’s pretty much what you’re left with. Thankfully, the 3310 here does offer a slightly better selection of third-party applications, which allows the user to upgrade where it’s required. That said, there isn’t a huge variety of apps to write home about, which still requires quite a bit to work on. It is a bit of a curious situation, however, as many developers would argue there isn’t much to gain from developing for the platform, which doesn’t have the same base of users as most smartphones.

One of the pre-installed apps on the device is Snake. It just had to be. But, it isn’t the Snake we’re all used to and love from the original. Instead, this version feels a lot wonkier and tedious after only a few minutes of game time. It also lacks other major apps such as Facebook, WhatsApp and the likes.

Other useful, installed apps include a browser, Twitter, emails, Bluetooth, as well as mp3 playback and FM radio. The weird thing about the reboot of the 3310 is that it only launched with a 2G version, which means it has limited coverage in South Africa. In fact, using my Telkom Mobile SIM didn’t allow me to use the device’s data connectivity as a result. 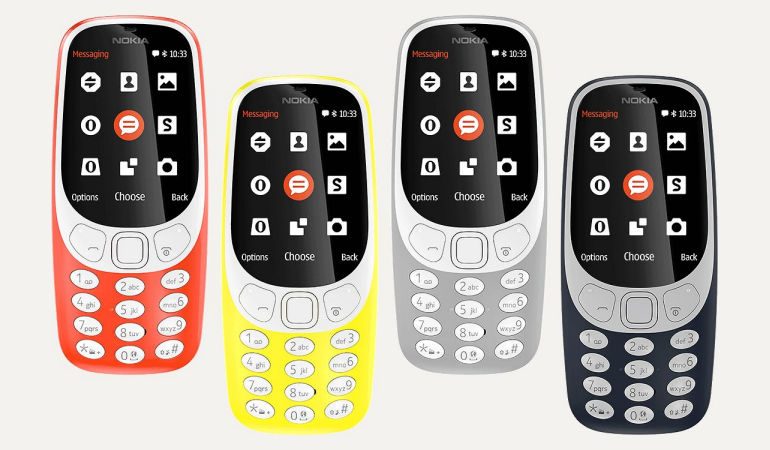 The 3310 has a much more standard charging port in the form of the micro USB port, as opposed to the propriety port included on the original. The battery capacity has also increased from – 900mAh vs 1200mAh – which is said to last even longer than the original. To put that into perspective, I conducted all my testing and standby time for 2-3 weeks, and still haven’t charged the device. Although it wasn’t my daily driver, for obvious reasons, it is still extremely impressive. This is a true testament to the original and something very useful to anyone who will use the phone in this day and age. 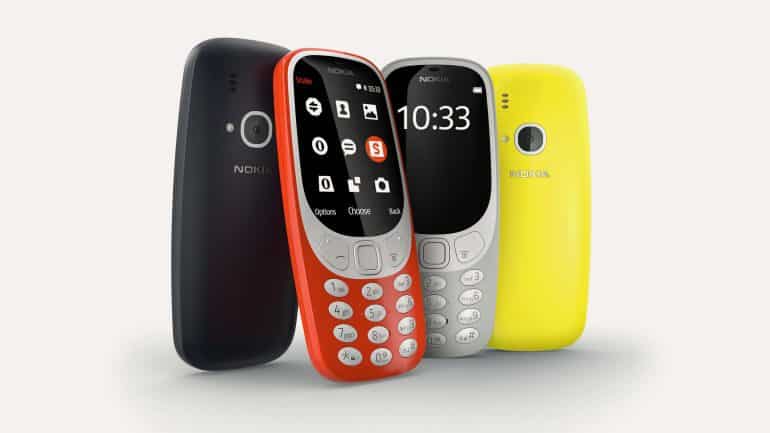 HMD have relied quite a bit on the nostalgia factor when it comes to the reboot of the Nokia 3310. With the success of the device within months of being launched, the team released 3G and 4G variants, which would make quite a significant difference when it comes to connectivity. That said, the device is still fairly expensive for a device that’s still a feature phone.

At a retail price around R800, I’m surprised at how well the sales for the device are. I suspect many purchases would be as backup/second phone, rather than for those who can only afford a feature phone, as this would be completely out of the price range. In fact, there are quite a number of budget smartphones these days that sell for around the same price, making this device a luxury nice-to-have, rather than a requirement. In the end, you’ll be paying R800 to play Snake, which is still cheaper than R1000 for FIFA 18.