No70: Eye Of Basir Review – An Intense Creep Fest

While there may be a smorgasbord of horror games to choose from on Steam, I’ve been somewhat underwhelmed with my experiences over the past two to three years when it comes to this genre, with most games in this segment relying on cheap scares and gruesome imagery. Even worse is the fact that many of these games don’t have any character building, storylines or intrigue to the gameplay to keep you enthralled from start to finish. A few weeks back, however, I stumbled upon a few reaction videos on YouTube to gamers playing a game which drew some of the best reactions I’ve seen in a while. I knew then that I had to get my hands on No70: Eye of Basir. During my time playing the game, I often kept wondering how I’d structure my review, with so many thoughts running through my head at various points during the gameplay. I could sum up the review pretty much in this paragraph, but I’ll attempt to provide a detailed run-through of my full experience.

The story for Eye of Basir isn’t very novel, although it tries very hard to make it seem a lot more detailed than it actually is. Most of the story is played out by means of narration and reading through copious amounts of notes, known as the ‘codecs’ in-game. The narration is very basic, although the voice-actor does a good enough job of explaining some of the goings on in a few of the scenes.

Where the story really lost me was the reading material. I didn’t want to slate a game for its bad English since it was developed by Turkish game devs. Oldmoustache Gameworks clearly don’t speak English as their native tongue and the game has also been ported to the different languages after the original dev work. That said, it was off-putting at times. There are numerous spelling and grammatical errors, leaving me to re-read a number of notes quite a few times over before I understood what was being said.

The story itself isn’t very clear either. At times, it seems as if the main aim here is to find the gates/doors scattered across the world which are portals to other dimensions. Then, on other occasions, it would have you believe you’re in search of your lost brother who has mysteriously vanished. The mix of the main plot makes it a bit too convoluted, only because it wasn’t carried out all that well.

When it came to the gameplay, there aren’t too many moments where I’d be able to sit and praise the game for doing something different or unique. In fact, probably not one. When I first attempted to play Eye of Basir, I figured it may be easier to use my controller, as there wouldn’t be any action or fighting scenes where I needed to be more strategic and precise in my actions. This quickly backfired on me as the controls were often unresponsive, or even froze certain interactive objects in mid air. When I restarted the game and switched to the mouse and keyboard I had no such issues at all. This was a bit of a relief to be honest, as I did not want to play through a game where I’d constantly be battling the actual gameplay just to finish.

No70: Eye of Basir plays through very linearly. While you were able to explore almost all corners of the house, when moving to the outside environment, most of the surrounding areas were closed off by a mixture of trees, rocks, and shrubs. This presented quite a narrow space in which to move around and explore, a shame really, given the beauty of it all. Even more frustrating was how each puzzle or mini-campaign was played. There were times where you’d have to simply follow the path to reveal the next clue or collect certain items to use at the next check point. The back and forth down the channels really played on my frustrations as I often found myself following the path to a certain point, collect an object, walk back to the start or nearby and then do it all over again for the next clue to be revealed. 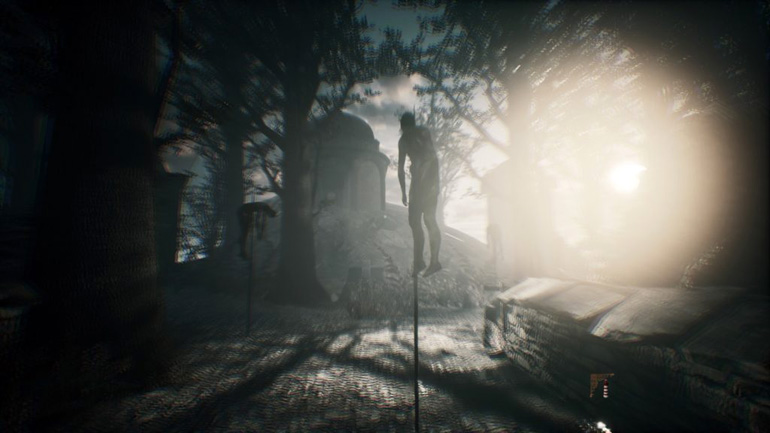 There are two main reasons to play Eye of Basir, the first being the great graphics on offer throughout. This was especially true once you’re in the middle of the woods with glaring sunsets, which provide breathtaking backdrops. And this was my earlier dejection hinted at earlier with regards to the extremely narrow paths to play through and enjoy the scenery. That said, there were times where the graphic intensity dramatically affected my gaming experience (prone to lag, jitter and freezes). Unfortunately, I wasn’t able to enjoy the great graphics on offer for lengthy periods and had to turn down the settings to enjoy continued smooth gaming throughout.

The review thus far hasn’t given a great representation of Eye of Basir and you’d be within your rights to quickly cross it from your Steam wishlist. But don’t be so quick to do so. The game falls into the psychological horror genre and it carries out this promise with great aplomb. The background music, creepy surroundings and numerous scares throughout make for an intensely frightening and horrific experience, which I enjoyed thoroughly.

The first time I played the game I had specifically chosen the late evenings for the best experience, surrounded by only dark rooms and the quiet of the night; peak scare time. While I was on edge for most of my playtime, there are moments of sheer terror, so much so that I could feel the hairs on my skin crawling with goosebumps. The next day, I attempted to try to complete the game, this time in the fullness of the day’s sunlight, which didn’t help much. 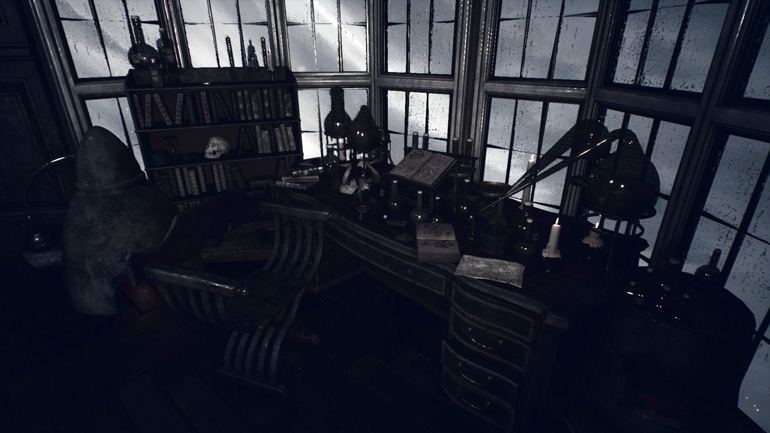 While my overall experience with some of the nitty gritty of the game left a lot to be desired, the game did what it set out to achieve. It has great moments of high suspense with many truly frightening moments. For this alone, I find Eye of Basir a must play for all fans of the genre.