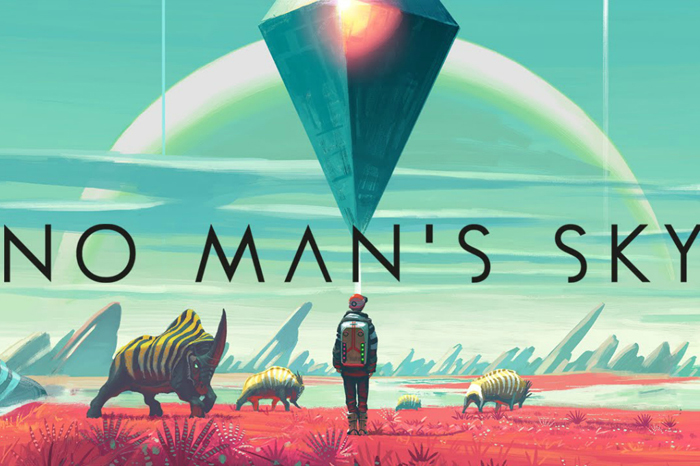 When No Man’s Sky was first revealed our imaginations started to run wild with the possibilities that a sandbox universe filled with unique planets covered in strange and wonderful life could offer. Now with the game’s release has all our dreams and hopes of a truly sandbox universe been realized? The answer might not be as clear cut as some might have hoped. [dropcap]N[/dropcap]o Man’s Sky places the player in a vast galaxy of over 18 quintillion planets and bids them to go exploring. Each planet, including the fauna and flora that inhabits it, is procedurally generated using wonderful maths far above my level of comprehension. This in effect means that players will never have the same experience and that each planet they discover should be completely unique.

Players begin stranded on a procedurally generated planet, the only way off is to gather the necessary resources to repair their ship. Early on it becomes clear that No Man’s Sky takes a lot of its inspiration from survival games. The game quickly introduces you to its mechanics which consist mostly out of mining planets and asteroids for resources in order to upgrade your gear and ship which enables you to survive on planet surfaces longer and travel farther. Your end destination is the center of the universe where a strange secret waits for you to unravel it.

[pullquote]Exploring these strange planets are fun, and seeing what weird and wonderful life had evolved on them kept me wanting to see more.[/pullquote]

Once done repairing your ship, you are able to take off and head to the stars. Even after the hundredth time I’m still amazed at how the game seamlessly and without loading, transitions from a planet’s surface to outer space. It’s an awe-inspiring moment that few games are able to duplicate. I was excited at the prospect of what lay beyond my starting solar system. What new and astonishing creatures and plants would I discover, what secrets would be unveiled?

Exploring these strange planets are fun, and seeing what weird and wonderful life had evolved on them kept me wanting to see more. Some of my fondest moment playing was when I got completely lost (which happened on multiple occasions) and discovered a unique creature or interesting cave or even just a wondrous looking vista. However, it didn’t take long for these planets, creatures and plants to start feeling “samey”. Don’t get me wrong there are some really beautiful planets and locales to discover and some truly weird life forms, the problem was that the more I played the less I saw of these and the more everything merged into a single blur. This did make the moments that I discovered something unique even more exciting and special, I just wished it happened a bit more frequently.

Planets not only consist of plants, animals, and resources but exploring their surfaces uncovers Outposts, Drop pods, and even strange Monuments. Each of these serves their own unique purpose.

Monuments teach you words from one of the four alien languages in the game and seeing previously jumbled words slowly change into recognizable ones can be quite satisfying.

Outposts/Trade posts are where goods can be bought and sold without leaving the planet’s surface to visit an orbiting Space station, and usually has a friendly alien NPC waiting to chat to you.

Lastly, Drop pods enable players to upgrade their inventory by adding more slots. This is really important especially since having enough inventory space in both your ship and Exosuit becomes crucial if you want to stand any chance of becoming a successful space explorer. You see each time you use your mining tool, your offensive weapon, or even your ship thrusters they consume resources and in order to make sure they function optimally you need to reload/refuel/replenish these.

Inevitably, what tends to happen is that some of your valuable item slots are used to store these required resources leaving less space for upgrades and other items/minerals/resources. Managing my inventory became a constant juggle, one that kept me having to decide whether to prioritize upgrades or storage space. This can become a nuisance for some but I found that it forced me to keep planning ahead. 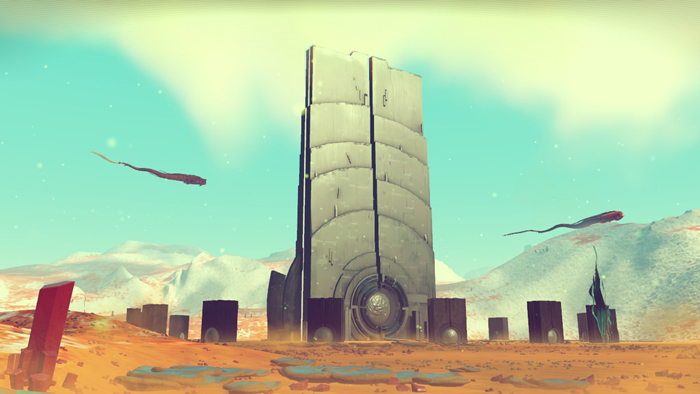 Most of my time was spend relentlessly stripping planets of their mineral resources and selling them in order to purchase a better spaceship. My desire to buy new ships was mainly driven by the constant need for more storage space, but also by the need to have the next great looking ship (some that are obviously inspired by franchises such as Star Wars). It’s a shame then that you have no way of keeping a record of the ships that you have owned or the ability to have more than one (I’m really hoping they add this in a future update). This need for more storage and a better-looking ship became the carrot at the end of a stick that kept me repeating the process of mining and selling over and over (and over, and over, you get the idea).

[pullquote]Each and every planet, plant and animal you discover on your journey can be named by you.[/pullquote]

The game does offer other avenues for accumulating wealth besides mining and trading, some of these centers around exploring while others around piracy. Each and every planet, plant and animal you discover on your journey can be named by you. Not only does this give you the opportunity to call the funny looking crab-like creature you are sure to discover Mr. Cutie pants, but each discovery nets you some money. Another option for getting cash quick is piracy. Players are able to attack ships and freighters making supply runs and then speed away with the destroyed ship’s cargo. Out of all the options, I found myself preferring to mine planets for their rich resources and trade them at an Outpost or Space station. Strip mining and robbing hard working space merchants of their wares does come with some consequences. If you find yourself getting a bit too greedy when mining a planet you will be attacked by the planet’s resident police force or Sentinels. These robotic police units don’t take kindly to your capitalist urges and will not hesitate to start firing at you. Now I quickly realized that it’s better to flee from these Sentinels as combat in No Man’s Sky can be a bit of a challenge. Opponents seemed to be deadly accurate and even with a good dose of auto-aiming I found it quite difficult to take them on. Space combat felt a lot better, but I found the space based dogfights lacking excitement.

Deciding what to do and where to go can be a bit daunting in such a vast unexplored universe, luckily there is a narrative path that players can follow neatly tucked away in the game. This path slowly and unobtrusively leads the player down a path to discover exactly what the mysterious force know as the Atlas is. It’s an interesting tale that helps keep players focused without forcing them in a specific direction. No Man’s Sky’s art direction and color palette really lend itself to the alien worlds that you will be discovering. This is also true for the engrossing soundtrack that plays throughout your journey. It is thanks to a combination of the beautiful art direction and an exceptional soundtrack that I found myself being drawn into these strange alien worlds, that is until I had to start the never-ending cycle of mining and trading all over again.

In the end, I enjoyed No Man’s Sky, that is until the repetitiveness set in. It’s an ambitious game that reached for the stars but couldn’t quite get there. I kept asking myself how such a huge universe can feel so empty. The few NPC aliens you meet tend to be nothing more than a method of receiving upgrades or selling resources and the endless loop of mining, trading and exploring became a monotonous chore.

However, although the game can feel like a chore/grind, I also found it to be beautiful and awe inspiring at times. Hello Games needs to be commended for taking a step in the right direction and taking us closer to a truly unique sci-fi sandbox universe. I believe that No Man’s Sky will be a game that lives and dies by its updates. How the game evolves over time will play a big role in its longevity. No Man’s Sky is a game full of brilliant ideas and sometimes great moments; it’s just a shame that as a game it falls a bit short.