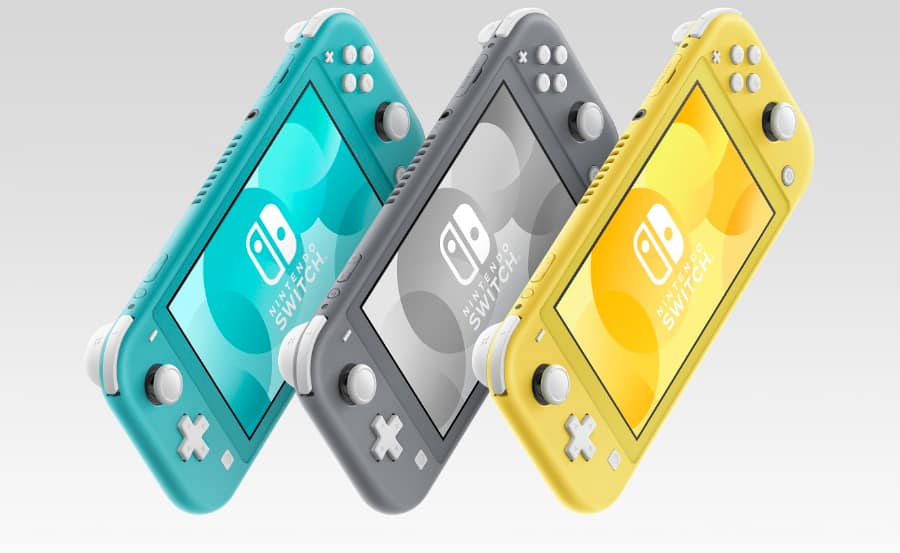 For quite some time prior to the launch, the rumours about a new Switch device piqued my interest. One of the biggest talking points was whether it would be a more powerful or less powerful version of the original.  When Nintendo officially launched its new variant of the Switch, I was left with quite a few questions, whether it would meet my requirements and what the South African price would be. Fast forward to September and Nintendo South Africa announced the Switch Lite for the local market.

After the failures of the Wii U a few years prior to the launch of the original, the Switch was a welcome return to form for Nintendo, appreciated by fans, which has been telling in the sales. So, with the announcement of a more affordable version, Nintendo has aimed to introduce the device to a larger market. That said, quite a few of the features of the original have been removed, which doesn’t make the decision as straight-forward as one would assume. We take a closer look Switch Lite, what it has to offer for the improved price point. 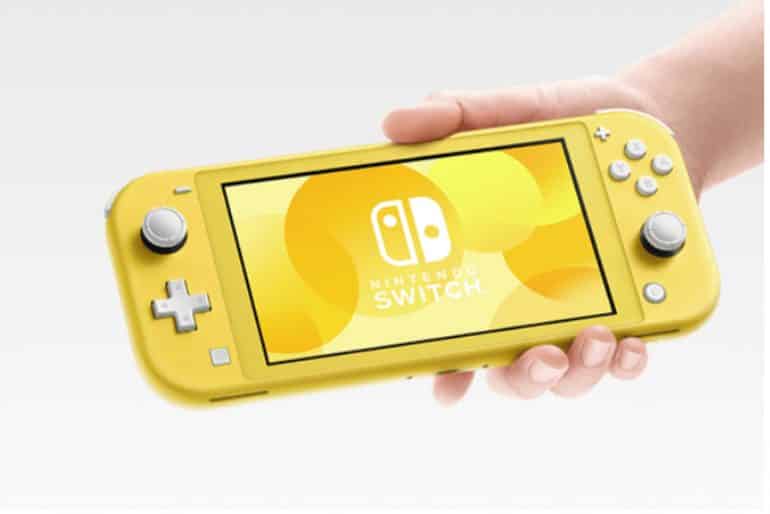 As the name suggests, the Nintendo Switch Lite would be a smaller, more lightweight version of the OG. This means that the unit is even more portable than before, tucking away neatly within your bag and finding a time and place almost anywhere to enjoy a few minutes of gaming. Mobility was a big priority for the Nintendo with the Lite, as it removed the option to dock the unit and connect to your TV or home theatre systems. As a result, the Joy-Cons themselves are fixed, which means you won’t have the luxury to detach and double-up for more advanced features found on many of the games that made the Switch popular. This takes away some of Nintendo’s own Labo DIY kits and associated games, for example.

The upside to the redesign is that the unit is a more comprehensive handheld gaming device. From being a lot more robust to being purpose-built for mobility, there’s a lot to love. There have been a few reports from some users that the continued removal and reattachment of the Joy-Cons created wear and tear that caused issues (such a drift) during gameplay, especially where motion detection was built into the game. The overall build of the Lite is a lot more solid, with no flex, no creaking and no awkward attachments.

Mobility was a big priority for the Nintendo with the Lite, as it removed the option to dock the unit and connect to your TV or home theatre systems.

In terms of physical specifications, the Lite measures 91.1x208x13.9mm and weighs 275g. This in comparison the original at 102x239x13.9mm and weighing 297g. With the smaller screen, Nintendo has shaved off 10x31mm in the size department and 22g off the weight. It may not seem like much on paper, but after some time holding the unit in your palms, all those finer details matter. That said, for users with larger hands, I would think that it would be a little too compact to feel comfortable, as I myself found my hands cramping at times, although that was after a few hours had passed.

When it comes to the ports and connectivity options, the Lite has all the essentials fitted on the original, including wireless LAN (compatible with IEEE 802.11 a / b / g / n / ac) and Bluetooth 4.1, with support for microSD, microSDHC, microSDXC cards. The updated unit also includes NFC, although I’m not sure what this will be used for in the long run, but support is there for future use.

Overall, then, there are a lot more positives about the build of the Switch Lite, especially considering all the issues Nintendo has had in regards to the build quality of the original after it has been put through its paces for a few months and years by users. It is still worth keeping an eye out for any issues in relation to the drifting on the original Joy-Cons, although, with the sturdier build and non-removal option, I would assume most of this has been alleviated. 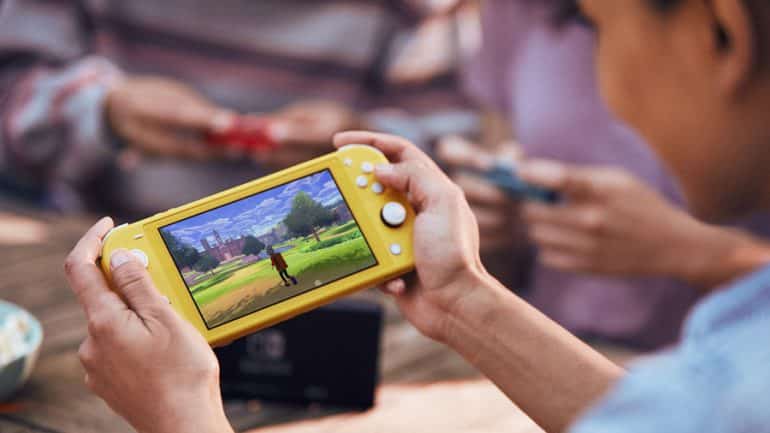 The Switch Lite has a slightly smaller 5.5” screen (compared to 6.2”) with an LCD touchscreen panel. The screen itself didn’t feel all that small in comparison and it immediately felt familiar. In the modern age of tablets, I would have thought the screen may have been an issue given that it had been reduced, but it felt more natural. In all honesty, it feels like a similar experience to that of a smartphone attached to controller rig such as the Glap.

The Lite keeps the 720p resolution as the original, which means the pixel density goes up a little with games looking crisper as a result. Another noticeable improvement is the smaller bezel around the screen, especially on the left and right-hand sides. It may not add much in the way of the experience but just looks slightly better. 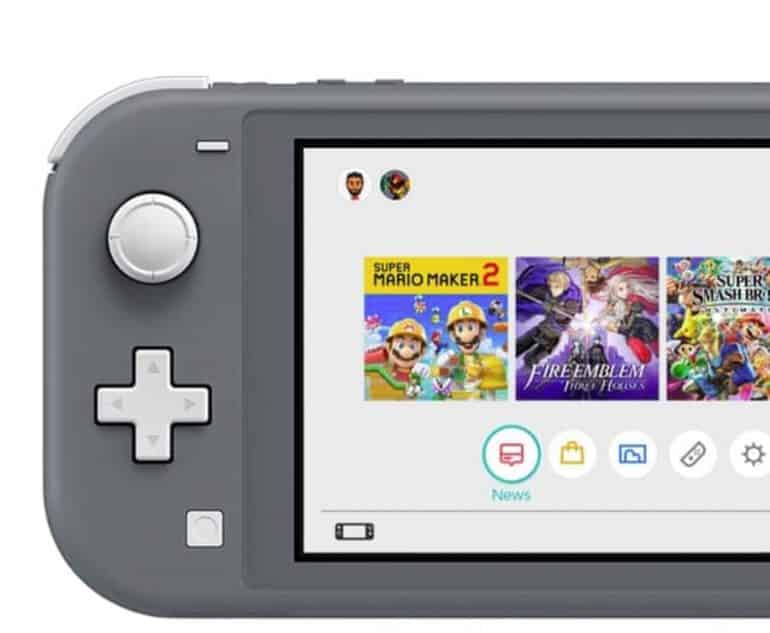 For the most part, setting up the device as a first-time user posed no challenges or issues. It’s a fairly straight-forward walkthrough in that respect. The only reason, then, for this section is due to the fact that there are issues, as a result of your account usage between two devices, which has become a focal point with the introduction of the Lite.

If you already have an existing Nintendo account, you can simply log into that same account and you’re good to go. If, however, you still wish to use the account on the original, or even another Lite, then you’re in for a bit more of a challenge. I selected the option to use an existing account while keeping the same account active on the original Switch, as there were already games loaded and I would prefer to use both, with the original as the primary unit. The software, however, did not allow me this luxury. In order to do run this option, I need to update the firmware first and then login with the said account. To my frustration, in order to update the firmware, you needed to be logged in, and not wanting to risk any issues with the primary device, I had to create another account to first login, update the firmware, and then set up the existing account to be used on the secondary device. While I was frustrated, I couldn’t help putting myself in the shoes of the less technologically inclined. I’ve seen numerous accounts of the issue online, which means average users may not be able to get around these issues on their own.

Another frustration I had with the dual-device single account approach was during actual usage. This, however, is a more understandable requirement, although I could think of a few ways to allow for better usage of the restriction. When using the Lite as a secondary device, it requires an Internet connection to authenticate the account and play any of the games already loaded. Secondly, if the primary device is used at any time while using the secondary device, you will not be able to play on the latter. You’ll still be able to browse and use the device, just not play any games. You’ll immediately be kicked out of the game without warning or allow for the game to be saved. An easy way to prevent fraud, since this is no doubt the biggest issue, would be to allow for devices on the same Wi-Fi network to be allowed to play freely across both devices. With the Lite being an outright single-player unit, circumventing such issues is a must, as most owners won’t be wanting to buy the same games again. 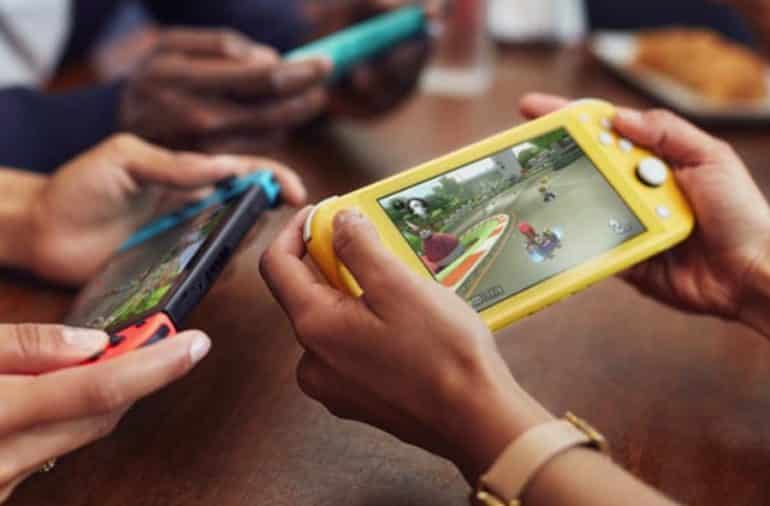 On paper, there aren’t any differences to the internals of the Nintendo Switch Lite vs the Switch. That’s without going into the finer details, which there isn’t much of it around. The Lite uses the same apparent NVIDIA Tegra CPU and 32GB internal storage. This meant that the performances on the Lite were much the same as that on the original. If anything, there are some small improvements, mostly as a result of the smaller screen, which means the graphics look a little better and there may even be a slight performance improvement as a whole. I wasn’t able to get a definitive test or benchmark for this, as it also may just have been a mental thing.

With the smaller screen, there is one aspect of the Lite that is better as a result, and that’s the battery life.

With the smaller screen, there is one aspect of the Lite that is better as a result, and that’s the battery life. It sports a lithium-ion battery with 3570mAh capacity, reduced from the 4310mAh on the original. Due to the reduced screen size, however, the draw on the CPU and battery to power the screen isn’t as great. During testing, there were quite a lot of different results to consider. When playing games continuously (mostly BotW), the unit manages around three hours of gameplay. Under normal usage, which includes some gaming, some browsing and the likes, you can easily get between six and nine hours of usage. On standby, the unit lasted two to three days of not being played and only dropped around 20-30%, which means that the standby could potentially reach well above the 7-day mark.

While the battery does last a bit longer as a handheld than it did on the original, it’s important to note that when at home, you could easily dock the original unit and continue playing on the big screen with the Joy-Cons being removed for the wireless interface. On the Lite, however, you don’t have this seamless experience, and if the battery does run low and you want to continue playing, you’ll have to continue with the unit plugged in, which may not be very comfortable, depending on how far the socket is from where you’re sitting comfortably. 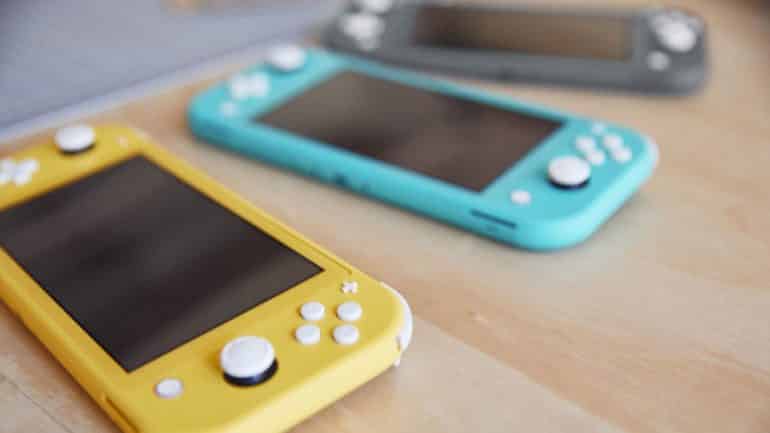 There’s a lot to love about the Nintendo Switch Lite. For many fans of the Nintendo ecosystem, the switchback (no pun intended) to an out-and-out handheld unit is a throwback to what made it a fan-favourite. On the other hand, the nuance of the Switch being able to act as both a docked and handheld unit also gained its fair share of fans. It all comes down to preference. That said, there are a few features that anyone would have liked to have seen reused on the Lite, many of which include the motion sensors on the Joy-Cons, which have a slew of games that go with it, that now aren’t applicable on the Lite.

The Lite is a much more solid unit that feels better in hand than it did before. Nintendo has achieved its goal from that sense while offering a more affordable unit in the South African market, which no doubt has had some negatives on sales considering the exchange rates. What’s great is that the same games that were playable before are still playable on the Lite (barring those that require the Joy-Con controls detached), which is a first for the company in itself.

The biggest question is for those who already own the original Switch, whether they’d consider it useful to purchase the Nintendo Switch Lite as a companion unit. In a sense, it is worth it, especially if you have multiple users at home or require more portability options.

The Switch Lite is aimed mostly at new buyers and with the reduced pricing, at R3,999 RRP, there is quite a significant saving to tempt you to take the plunge.