Home > Gaming > Why We’re Excited About The Nintendo Switch

Why We’re Excited About The Nintendo Switch

Something strange has happened, something that I didn’t think would ever happen again. I find myself in a state of confusion, yet overwhelmingly excited. I promised myself that this would never happen again, but it seems for some strange and wonderful reason, I actually find myself being excited for the release of Nintendo’s next console called the Switch.

So why would someone like me, who has made peace with the fact that he would probably never own a Nintendo home console again, all of a sudden be excited about a new Nintendo console? Could it be the cute yet functional design of the console or the fact that this is the first name for a console Nintendo has used in quite a while that hasn’t made me sick to my stomach (here’s looking at you Wii U)? Well, here are some reasons why the Nintendo Switch (man, I love this name) could be the first Nintendo console in years that I welcome into my living room.

We hear you loud and clear Nintendo.

Much of the criticism that was raised against the Wii U had to do with the fact the marketing campaign for it was very vague in how they presented the console. When the Wii U was first announced gamers weren’t sure how the console looked, how it would function or what that silly second screen would be used for. With the Switch reveal, Nintendo did a great job of showing off the console’s design, defining how it could be used, and even showing off some of the new games we can expect (and let’s be honest, games are the main reason we are excited).

The reveal focused a lot on the ability of the console to game on-the-go. We got some nice close ups of how the console’s tablet screen can be removed from the dock, the various ways in which the controller can function, how the tablet screen can be used for multiplayer gaming, to name a few.  If Nintendo’s marketing campaign for the Switch continues to build momentum in this way gamers will know exactly what to expect from the new console.

Grab it and go.

There is no doubt that the greatest attraction for most gamers (including myself) is the fact that the new console promises to seamlessly switch from a home console to an on-the-go gaming device. The console seems to comprise of two main parts, the dock, and the tablet screen. When playing games in the comfort of your home the tablet is slotted into the dock, but once it is removed the tablet screen lights up and the game seamlessly transitions to the tablet screen (it must be magic I tell you). From what has been shown it would appear that there is no dip in visual quality when the Switch switches (see what I did there?) from console mode to tablet mode. This could either mean that when in console mode the visuals might not be as good as we are expecting or that the tablet screen might be a lot better than anticipated. I’m really hoping for the latter.

Whichever way you look at it Nintendo is setting out to transform home consoles not through sheer power but by revolutionizing portable gaming.

A controller to suit any situation.

Nintendo has revealed that the Switch’s controller, called the Joy-Con, not only functions as a standard home console controller (like the one currently sitting on your coffee table), but that it can also be used in various and interesting ways. When gaming on-the-go the controller splits apart from its grip base and can be attached to the sides of the tablet screen, allowing gamers to start gaming handheld-style. The Joy-Con controller can also be used independently of the tablet screen, similar to the Wii remote. It has not been revealed if the Joy-Con controller will have motion functions, although we are quite sure that Nintendo would implement some sort of motion controls.

Seeing as Nintendo wants multiplayer gaming to be a central part of the Switch each of the Joy-Con segments can be used as two separate controllers. This suggests no more having to buy a pesky second controller, which means more money for games (Yay!). Now Nintendo also revealed that there will be a Nintendo Switch pro controller, for those that take their gaming seriously. Functionally it seems just like the Joy-Con without the split function. Either way, there is no doubt that the Switch’s controller will be something special (not sure yet if this will be in a good way or a bad way).

Cartridges are back for home consoles baby!

Yes, it’s true, the Nintendo Switch will use cartridges (what year is this?). This means that the small space I have to store my rapidly growing collection of games will be able to hold even more games (due to the small size of the cartridges, thanks, Nintendo). One question that has yet to be answered is what the capacity of these cartridges will be? From the visuals that have been shown it would seem that there is little if no disparity between the graphics when switching from home console to tablet screen. This could indicate that Nintendo might have made some new technological advancement with regards to the cartridges and their capacity. Let’s just hope that the console’s name doesn’t refer to the continuous switching of cartridges when playing a game.

Nintendo has revealed (to everybody’s delight) that a lot of developers have jumped aboard the Switch train. It would seem that alongside their first-party titles such as Mario and Zelda we might also be seeing games such as The Elder Scrolls V: Skyrim and a version of NBA 2K. Although Nintendo has confirmed 48 developers that will be working on titles for the Nintendo Switch, they have yet to announce which titles will be available with the console’s release. Be that as it may, with names such as Bethesda and From Software, but to name a few, working on titles for the console, I’m sure we can expect some great third party launch titles.

Grab a buddy and let’s game.

Nintendo has stated that the Switch will be able to connect up for local multiplayer sessions, probably similar to the way the 3DS does it. How well this will work is yet to be determined (please let it work…please), but if it works this could be a huge selling point for Nintendo as local co-op and multiplayer is one aspect that has proven to appeal to gamers.

The Switch announcement trailer revealed that, except for the new Zelda game (which honestly is reason enough for me to own the console), there is a new 3D Mario game (reminiscent of Mario 64) and Mario Kart on the way. The best part is that gamers (such as myself) who weren’t able to play Splatoon will be able to, at last, get a chance as it seems to be heading to the Switch, this along with the local multiplayer component could make for yet another great selling point. Oh, and did I mention there is a gorgeous new Zelda game on the way?

The release of the Nintendo Switch is only five months away (although, we are not sure when it will be heading to South Africa) as the console is set to release in March 2017. This means that we won’t have to wait long to get our hands on the console, and all of those great games.

So, will I be getting a Nintendo Switch? The answer isn’t a definitive yes, yet, although it’s damn close to it. Nintendo has once again won my confidence in not only the way in which they revealed the console, but in the way in which they seem more confident in the Switch than they ever seemed to be in the Wii U. This along with a slew of developers who have decided to come onboard and what seems to be a great line-up of games has me more excited about a Nintendo console than I have been in years. Nintendo has been able to once again awaken warm fuzzy feelings in me that they haven’t been able to do since the launch of the Super Nintendo (although they got close with the N64), and it feels good. 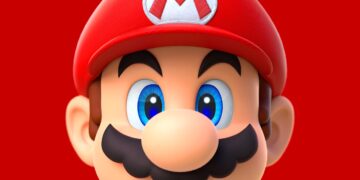 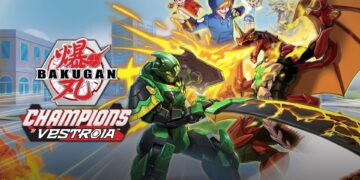 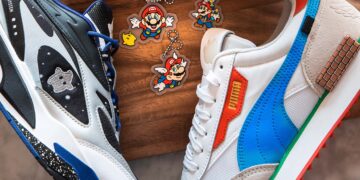 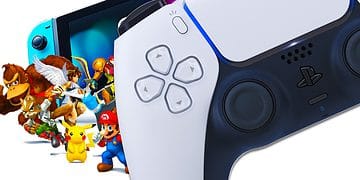