Think of the ’80s and what’s the first thing that comes to mind? Action figures. From He-Man and the Masters of the Universe to Transformers, it’s difficult to not get caught up in the nostalgia and hype of the franchises. But rest assured, none had as much of a cultural impact as the Ninja Turtles toys. Despite the initial success of Kevin Eastman and Peter Laird’s Teenage Mutant Ninja Turtles comic book series, there wasn’t much interest from toy companies then. The reason is simple: the Turtles were seen as far too dark and strictly for a mature audience. No one thought a toy line could be successful with TMNT‘s core demographic.

Licensing agent Mark Freedman shopped the idea around on behalf of Eastman and Laird, but only Playmates Toys took the bite. However, the company insisted that an animated series be created before it invested in this unknown quantity, hence the creation of the 1987 animated series. After the launch of the popular show, Playmates stuck to its end of the bargain and released the first toy line in 1988. 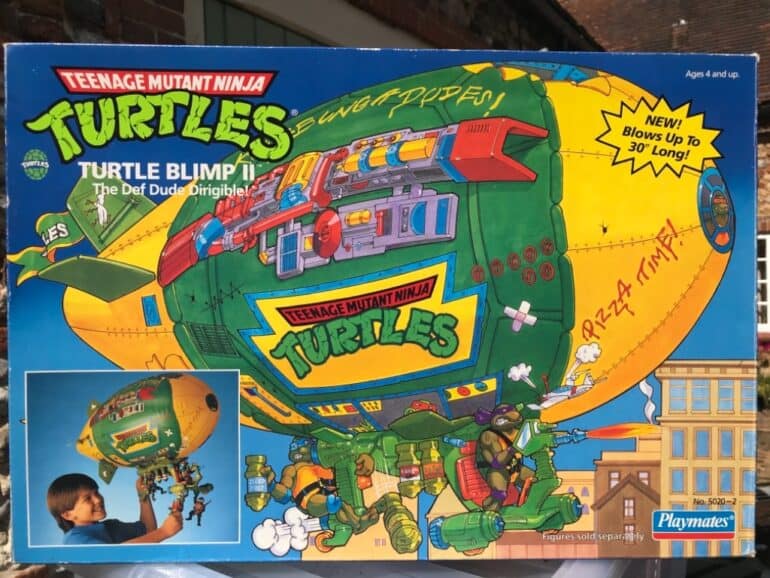 Much like other toy companies, Playmates didn’t play all its cards straight away. The premiere series of Ninja Turtles toys featured the cast of Leonardo, Michelangelo, Donatello, Raphael, Splinter, Shredder, April, Bebop, Rocksteady, and a Foot Soldier. Additionally, there were only four vehicles released: the Turtle Trooper, Cheapskate, Turtle Blimp, and the Foot Knucklehead.

While it might’ve seemed like a relatively small launch, it was anything but. The toys debuted at ToyFare in New York City and there was huge publicity around the event, as a rigged manhole cover exploded and the Turtles came out of it. In many ways, this was a metaphor for what was about to happen with the rise of Turtlemania.

According to The Los Angeles Times, the Ninja Turtles toys merchandise made over $1.1 billion in retail in just four years, making it one of the three bestselling action figures alongside G.I. Joe and Star Wars. There was no stopping this juggernaut as more lines were produced, including ones that turned the Turtles into sports stars and even horror legends. Why The Toys Were Popular

Film producer Kim Dawson summed up why Turtlemania eclipsed other established franchises of the time. It proved that it didn’t need to be award winning or recognised to succeed. It just needed to connect with the audience in a unique way.

“There was a little bit of something for everybody, no matter who you were, how you behaved or whatever the case may be,” Dawson told Under the Radar. “And I think that diversity in terms of—because, usually, a superhero like Superman or Batman or the guys we’d grown up with were a singular character. You had to find your way into that character from a personal point of view. But with the Turtles you could kind of pick and choose.”

The Ninja Turtles toys sucked in a whole generation of fans. You wanted to collect every action figure and vehicle you could, because it made you feel a part of the fun. These were the sort of characters you wanted to spend your time with, and kids couldn’t get enough. 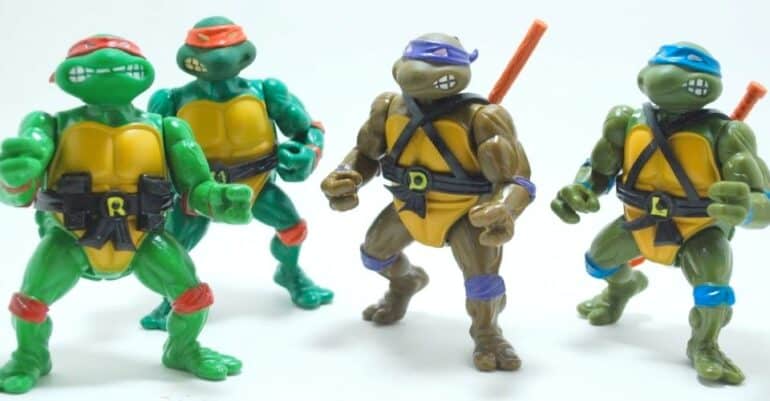 At its peak in 1990, the Turtles represented 60% of all movable toys sold in America. Eventually, the sales cooled as video games and video game consoles started to take over pop culture. Unlike other popular action figures of the era, the Turtles didn’t disappear.

To this day, as Funko Pop figures or even through the Rise of the Teenage Mutant Ninja Turtles toys, the four heroes and a half shell remain firmly engrained in the minds and hearts of people everywhere. You’d have to travel very far to find someone who’s never heard of the franchise.

Who would’ve ever thought that a bunch of Ninja Turtles toys could take over the world in the late ’80s and still be popular to this day? 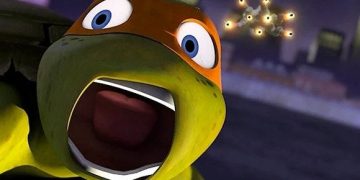 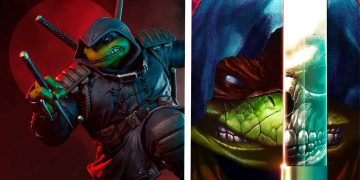