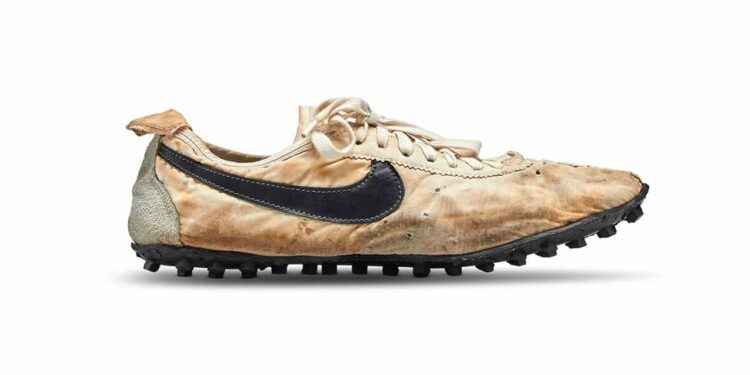 In 2013, a pair of Michael Jordan’s shoes were sold for $104,765 at auction in 2013. These were the shoes Jordan wore in the “Flu Game,” or officially known as Game 5 of the 1997 NBA Finals. Fast-forward a few years and a pair of Jordan’s shoes beat this record when a pair of Converse shoes worn at the 1984 Olympic gold-medal game against Spain sold for $190,373 and is believed to be the last pair of Converse he wore in an official game while still playing as an amateur. This week, that record was shattered when Canadian entrepreneur and collector Miles Nadal bought a rare pair of Nike sneakers at a Sotheby’s auction.

The shoes in question here were the 1972 Nike Waffle Racing Flat, best known as the “Moon Shoes.”

At the end of the auction, the shoes reached an impressive $437,500, which doubled the record of the second most expensive sneakers sold.

The Waffle Racing Flat sneaker is one of only very limited pairs known to exist, designed and handmade by Nike co-founder and Oregon University track coach Bill Bowerman. The shoes were originally made for runners at the 1972 Olympic Trials, with only 12 ever being made (and even less remaining today).

The current pair is the only one from the remaining list not to have been worn previously. The shoes were nicknamed “Moon Shoes” as a result of the unique pattern they left on the ground, resembling that of the astronaut’s footprint on the moon. “It’s actually incredible timing with the recent 50th anniversary of the moon landing,” said Jordy Geller, who sold the shoes at the auction. 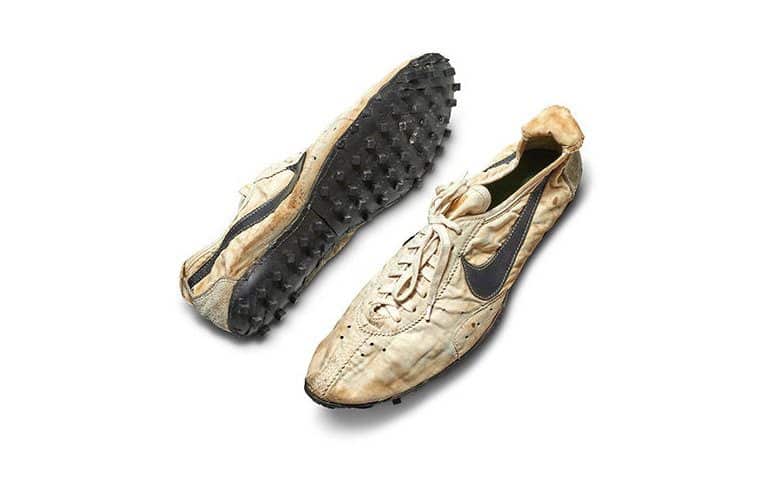 What’s even more stunning about the purchase by Nadal is that it comes after he acquired a set of 99 other sneakers from a private auction, what is now referred to as “The Ultimate Sneaker Collection.” That auction set him back $850,000, taking the total for the 100 pairs of sneakers to $1,287,500.

Speaking about his collection, Nadal made the following statement: “I am thrilled to acquire the iconic Nike ‘Moon Shoes,’ one of the rarest pairs of sneakers ever produced, and a true historical artefact in sports history and pop culture. When I initially acquired the 99 other pairs in this auction last week, I just knew the Nike’s had to remain part of this remarkable collection, and I couldn’t be happier with the result.”

What are your thoughts on the 1972 Nike Waffle Racing Flat “Moon Shoes”?