Nike Air Zoom Alphafly Next% Review – Flying Above The Rest

The future of running tech is here. 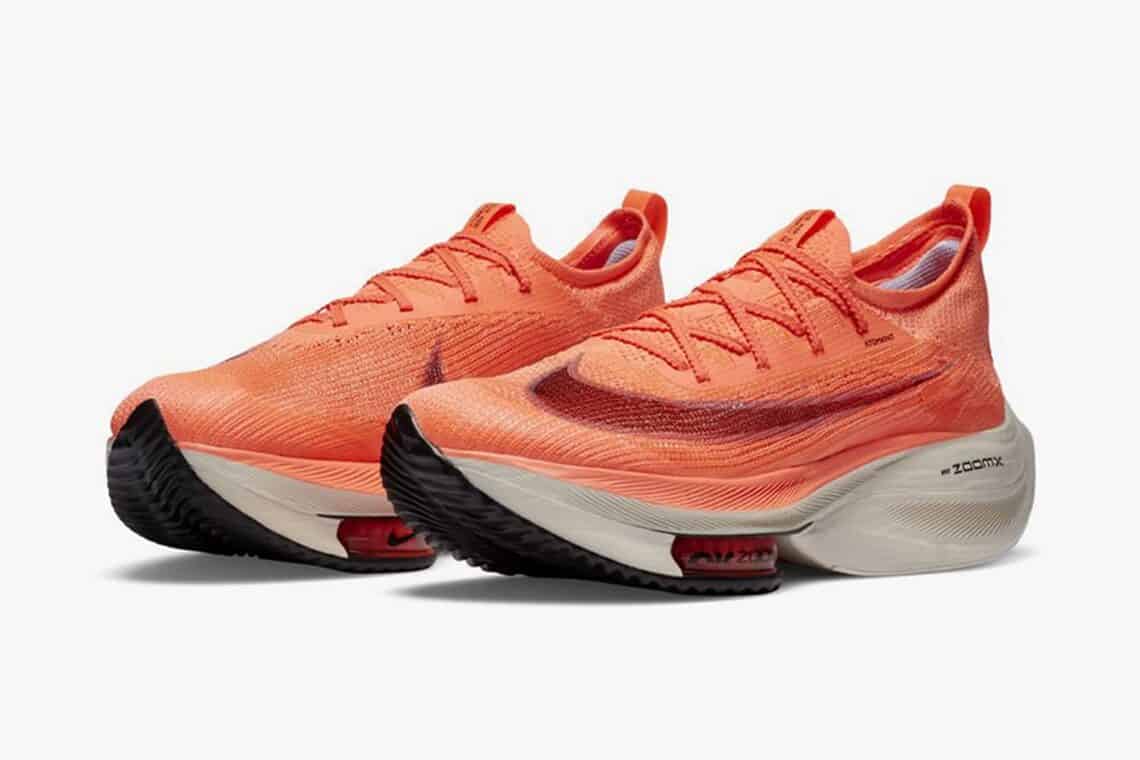 There are running shoes and there are RUNNING SHOES. And then there’s the Nike Air Zoom Alphafly Next%, the new weapon of choice for marathon athletes across the world.

Described as “the fastest racing shoe ever made”, there’s simply nothing like Olympic champion Eliud Kipchoge’s new performance running footwear product out there on the market currently. 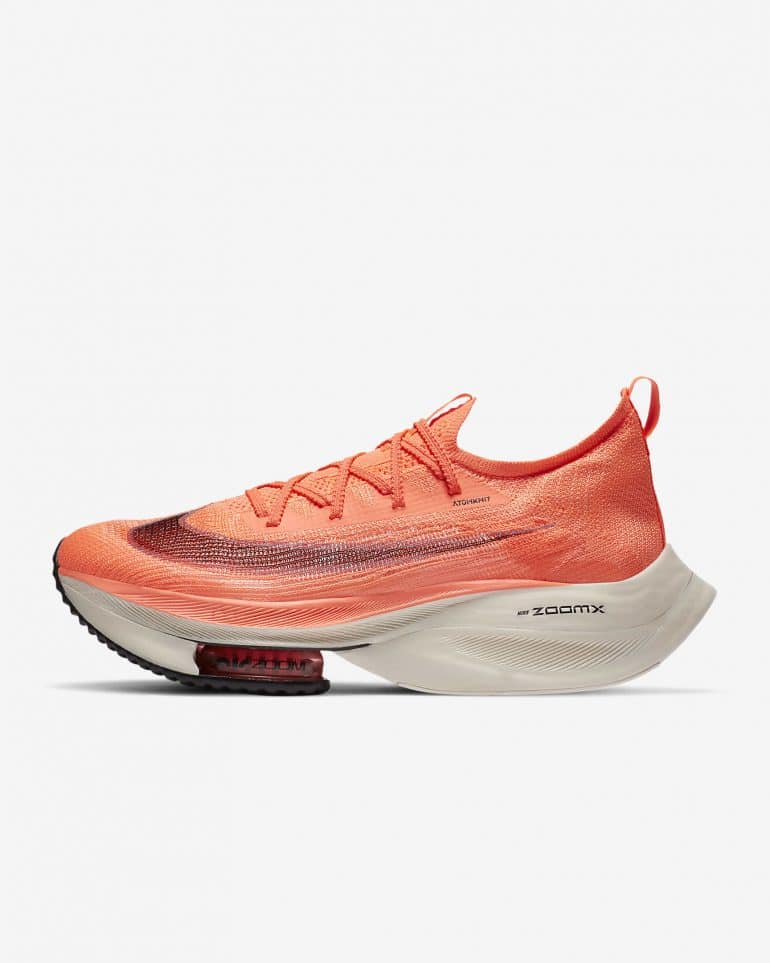 Or as Nike puts it, a shoe that has been ‘engineered to the specifications of world-class runners as they challenge records and move the needle of human potential forward’.

To put it another way, if all the top running shoe brands were in a track race to create an elite, premium running shoe, the technologically advanced Nike’s Alphafly Next% would be so far ahead of the competition that it would be dangerously close to lapping its competitors.

From the moment you first lay eyes on the Nike Air Zoom Alphafly Next%’s design – which includes additional foam and the two Zoom Air pods underfoot – you can tell that it’s something special and unique.

During a year where most professional races have been cancelled, Nike has still somehow managed to sell out the R5299,95 racing shoe. And there’s good reason why. 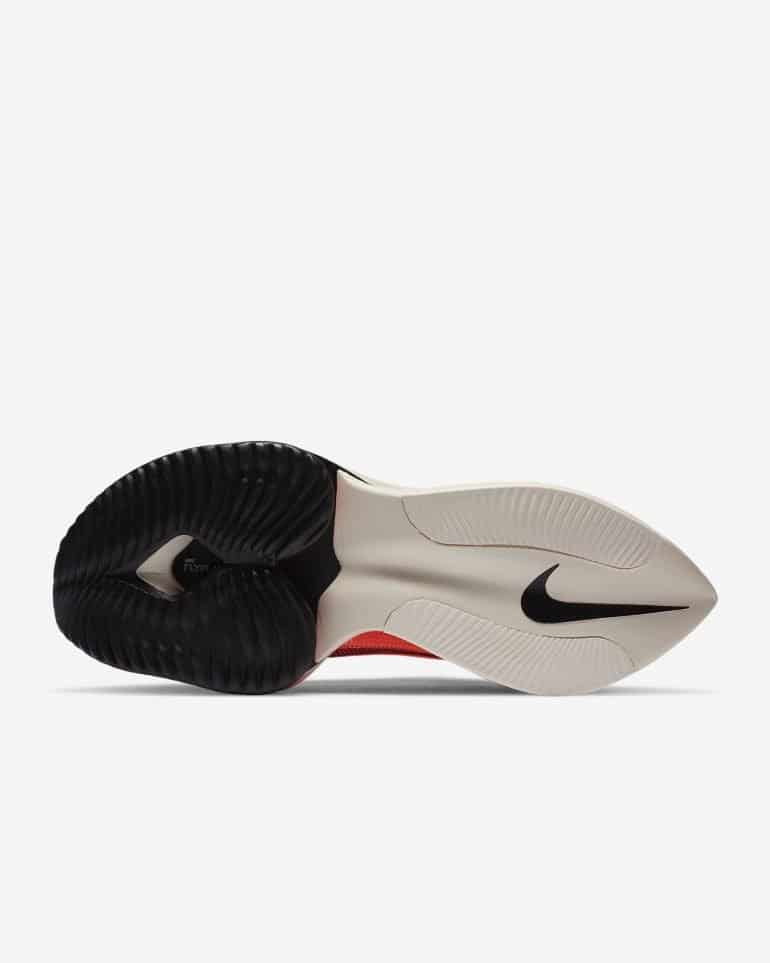 The colourway we received was “Bright Mango/Metallic Red Bronze/Black/Citron Pulse”. And from the moment you open the box, you’re met with the vivid colours and the unique design. It’s a bit like unboxing a bright orange alien spaceship. It just screams future tech and science fiction.

It’s also unbelievably light. We have the ZoomX foam to thank for that.

To put its weight (210g) into perspective, the Nike Air Zoom Alphafly Next% feels like it could be lifted with one finger. I tested it. You can. It’s easily the lightest pair of sneakers/shoes I own. It’s lighter than all my Nike Air Jordan’s. It’s lighter than my Nike Flyknit sock sneakers. Heck, I’m willing to bet good money that you couldn’t make a sneaker out of paper that weights less than this.

Aside from the Zoom Air pods and the additional foam underfoot, the Nike Innovation team developed a new Flyknit upper called AtomKnit, a lightweight material that offers a contoured fit with minimal water absorption and enhanced breathability. You can almost see through the upper.

All of this works together to create a snug and secure racing fit.

When you first slide on the sneaker, it seems impossible to even walk straight in the Nike Air Zoom Alphafly Next%. Because of the design and the shoe’s shape and weight, you’re almost propelled forward when walking or running.

It takes some getting used to but, once you do, it makes perfect sense why it was designed this way. This isn’t a running shoe you can model around the mall. It’s made for running and running is what it’s about. You can tell that you’re strapped into something to make you go faster. 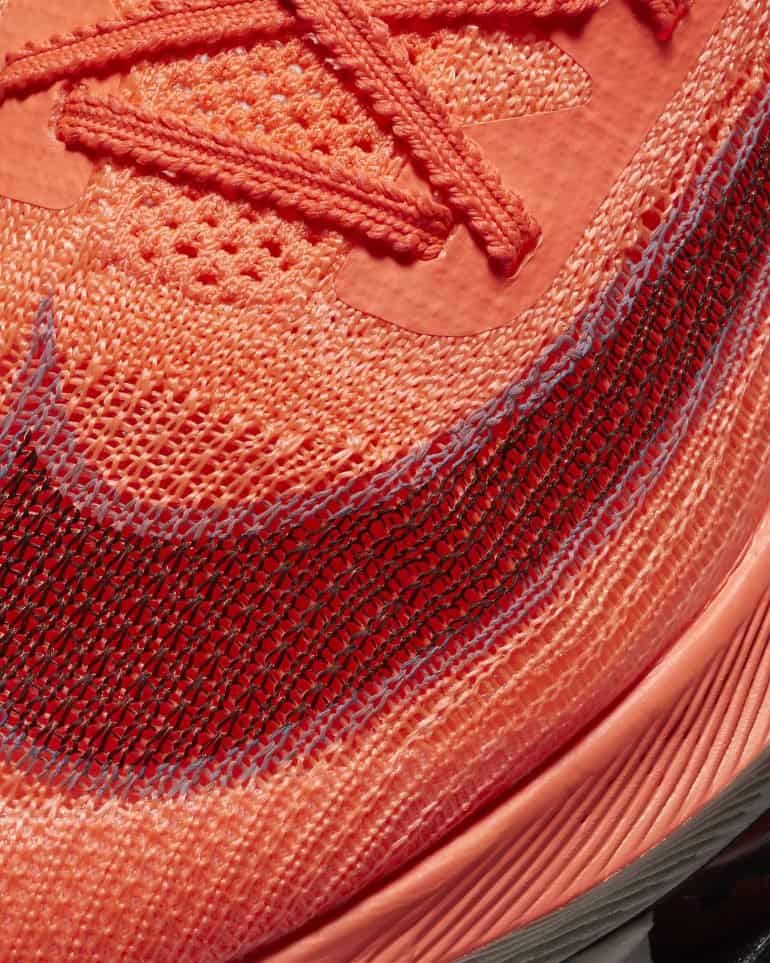 Sure, it’s incredibly comfortable and you’ll be tempted to wear it all the time. Except, you probably can’t. Or could you?

The real test, of course, came when my wife decided to wear them for work. As a medical doctor at the forefront of COVID-19, she is on her feet all day. So, something comfortable, solid and light makes perfect sense.

I’m happy to confirm that she agrees, the Nike Air Zoom Alphafly Next% is easily the most comfortable shoes she has ever worn – ever! Not only that, but it worked great in her workplace.

Yes, it’s probably not the most ideal place to find a pair of running shoes like these, but you use what works. And the Nike Air Zoom Alphafly Next% works great for people on their feet. 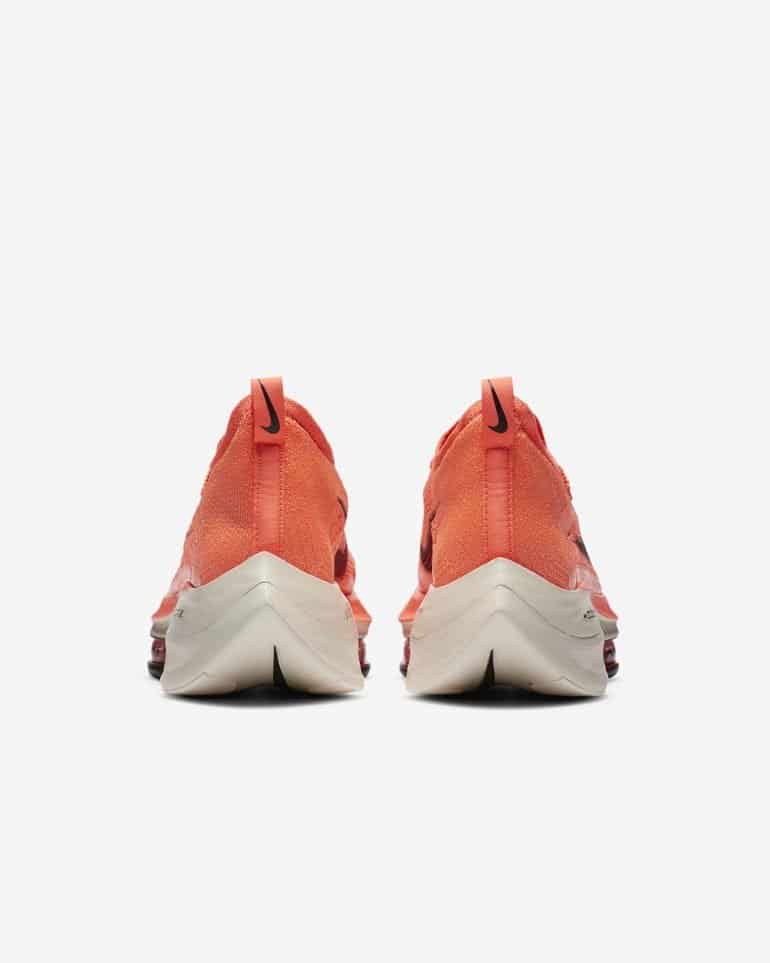 But how does it run?

There’s no doubt that the Nike Air Zoom Alphafly Next% prototype that Eliud Kipchoge wore to break the sub-2 marathon in Vienna last October has received a lot of attention. If you remember correctly, they narrowly avoided a World Athletics ban too. According to some, having a sneaker that boosts your speed by this much is considered an unfair advantage.

Well, that might be partially true. After all, this is a running shoe designed to give you an edge. And you can feel that while out for a run.

On the run, wearing the Nike Air Zoom Alphafly Next% feels exciting. You won’t be disappointed. These genuinely do the job they were set out to do, and then some.

Did I break any records? Well, no. But it sure felt 1000 times more comfortable when doing my normal time. It also felt like the running shoe was giving me the space and the drive to do more than my usual run. So I did.

With the Nike Air Zoom Alphafly Next% I was able to do at least twice as much running before I actually felt any bit of exhaustion. That’s pretty amazing. 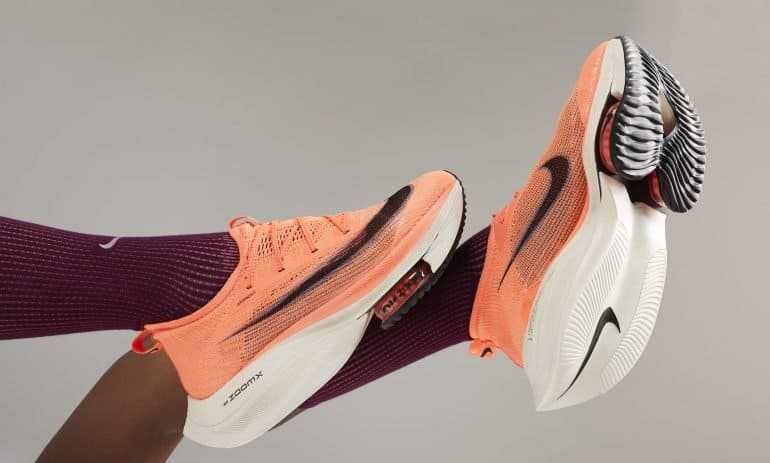 Would I recommend the Nike Air Zoom Alphafly Next%?

For athletes, this is a no brainer. For the average joe who enjoys a good morning running, it’s also a no brainer. But at a retail price of R5299,95, you need to be serious about your running. That’s not a price tag to laugh at.

Again, the Nike Air Zoom Alphafly Next% is also great for being on your feet all day. If you’re looking for a premium sneaker/running shoe that’s not going to weigh you down, this might just be it.

The Nike Air Zoom Alphafly NEXT% and Nike Tempo Next% are available from Nike stores, Nike.com and TotalSport.

Sometimes running shoes aren't just running shoes. Sometimes they're something else. Something more. The Nike Air Zoom Alphafly NEXT% is an athlete's dream footwear. However, everyday joggers should enjoy it too. 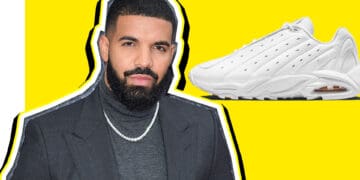 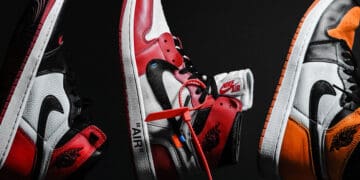 Most Popular Air Jordan 1s Of All Time 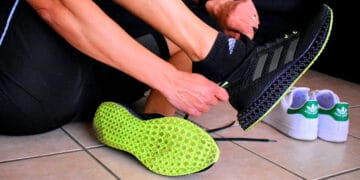 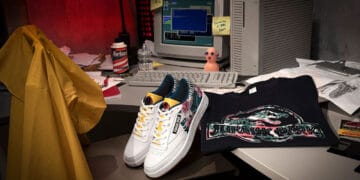 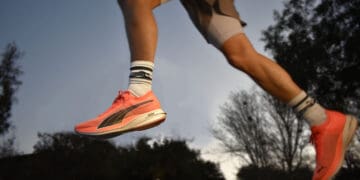