Nightwing #18 Review – Every Issue Improves On The Last I’m running out of superlatives to describe “Nightwing Must Die”, arguably the best Dick Grayson arc in Tim Seeley’s run yet. Every issue improves on the last, and Nightwing #18 is no different. It’s another barnburner that’ll get the Internet talking. 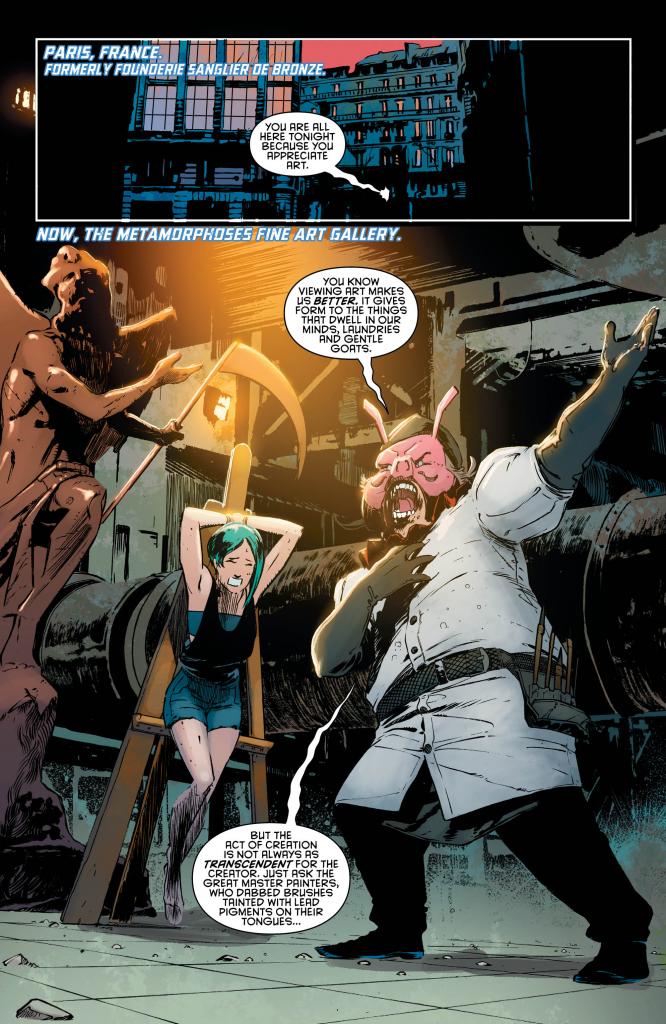 As Professor Pyg gets ready to do the disgusting things he does, Nightwing and Robin swoop in to save Shawn Tsang before the piggy has his way. At the same time, Robintron (from last issue) has been tasked with keeping an eye on Deathwing, but he starts to show sympathy for their similar circumstances. After a fierce battle, Dick and Damian save Shawn and incapacitate Pyg. However, all is not well for Robintron when Deathwing tricks him into being released. As Damian allows Dick and Shawn some alone time, he’s taken out in the alleyway by an old foe. I’m not going to spoil his name for you, but damn, that was unexpected. With Damian in peril, it’s up to Dick to save his friend and former partner.

Seeley’s writing is once again outstanding here. A Dick and Damian team-up is something that fans can get behind and their most-recent reunion is just as good as when they were Batman and Robin. Also, it’s good to see that Seeley is picking out all the good from the dynamic duo’s run, i.e. Pyg, and bringing it to the Rebirth world, showing the writer’s commitment to the cause. But may I ask one thing of Tim, though? Please just reveal if Dick’s going to be a dad or not now. The suspense is killing me. 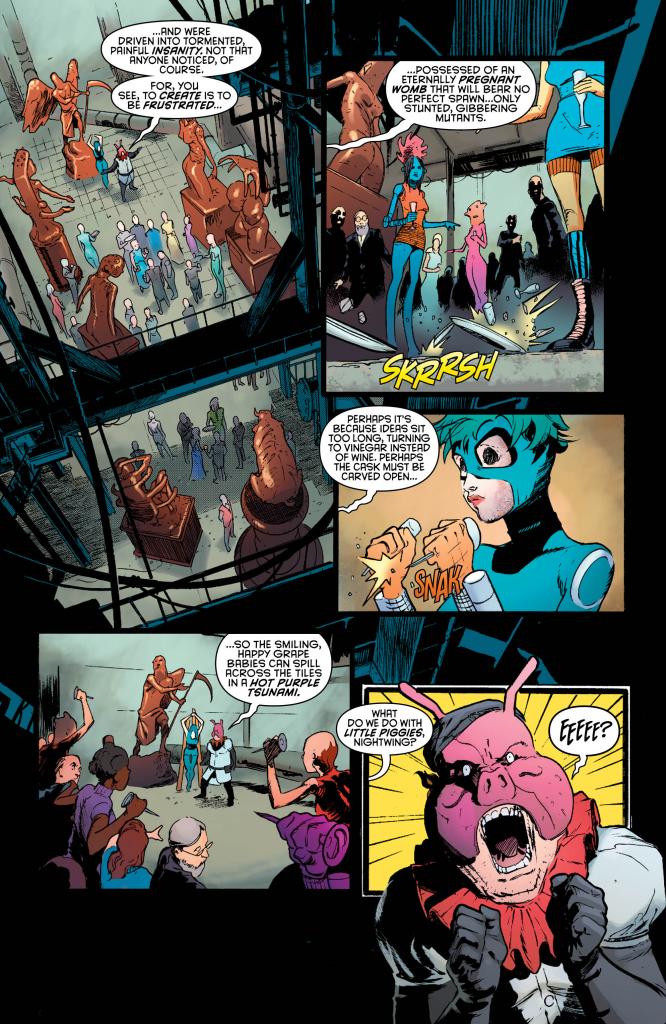 On the art side of things, Javier Fernandez continues to use only the sharpest and coolest pencils in his drawer. He’s joined by the equally talented Minkyu Jung for this issue. Together, they ensure that Nightwing #18 is a unique-looking Rebirth title, and its art alone is more than enough reason to pick it up. Fernandez has magic in his fingertips, that’s for sure, and his work with Jung shines bright for all to see.

With perfect pacing, awesome art and terrific chemistry, Nightwing #18 reigns supreme here. There’s so much going on in this title, but it never feels daunting or overwhelming. It’s just enthralling and entertaining. Overall, it’s another cracker from Seeley and co. 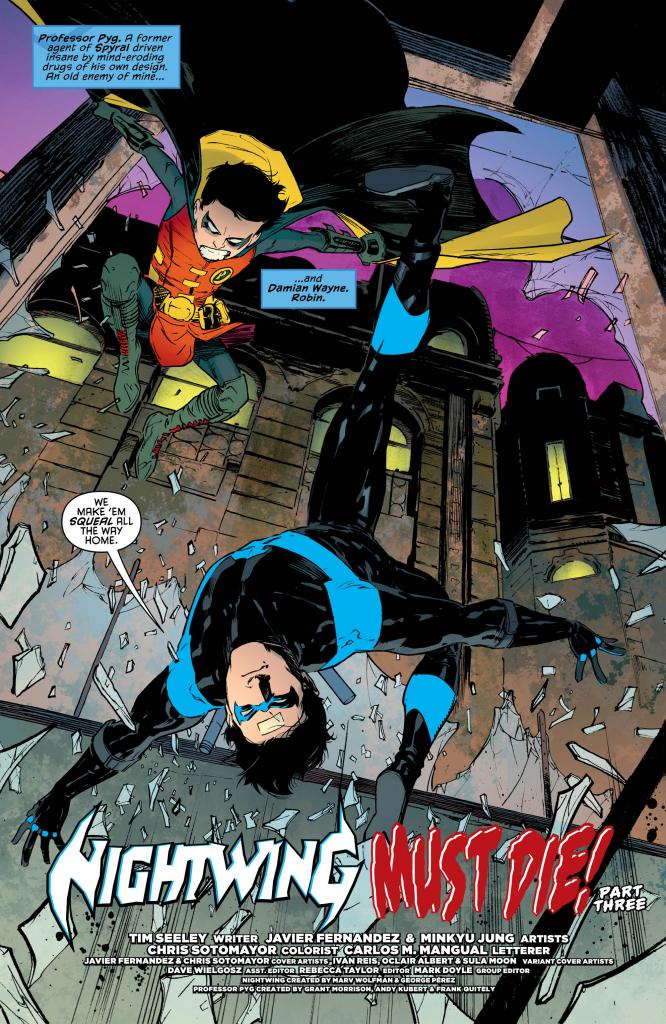