I must admit I was sceptical of Dick Grayson’s new relationship with Shawn Tsang in Nightwing. While every superhero deserves some TLC, I’m sure we can all agree there’s always the danger of a love story eclipsing everything else (for example, Arrow season five). That said, Tim Seeley yanked the carpet out from under our feet with the latest swerve in Nightwing #16. 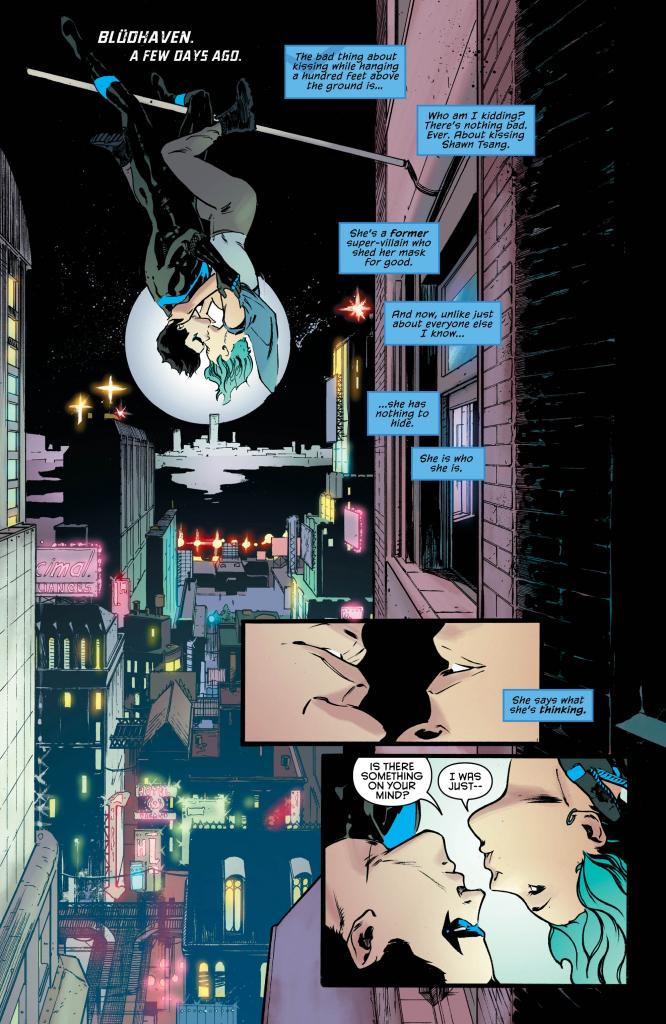 In “Nightwing Must Die” part one, not only does Dick have to cope with Shawn’s latest revelation (if it’s true, it’ll change a lot of things), but he also has to find her since she’s been presumably kidnapped. Dick’s personal drama aside, Damian Wayne has developed a jealous streak because of social media (Chirper LOL!) and the Teen Titans agreeing that Dick is Batman’s natural heir. When he storms off to Blüdhaven to measure manhoods, he realises he needs to put his jealousy aside and help Dick find Shawn. If that wasn’t enough, there’s also a mysterious newcomer who wants Nightwing dead (hence the name of the storyline).

This is an action-packed issue with a lot of different things happening. Rather than being crowded with too much, it’s a smorgasbord of quality, reminiscent of the time when you’d buy a single issue and be pleased with all the drama and action. However, the main highlight is seeing Dick and Damian team up again (their Batmobile even makes a guest appearance). Grant Morrison’s Batman and Robin was one of the best story arcs in the last decade, and seeing Dick and Damian together again brings back a whole lot of nostalgia and good memories. Damian might be a little douche and despise others, but you can see he has genuine respect and admiration for Dick, and vice versa. There’s a natural chemistry between these characters that makes for engaging and entertaining narratives. 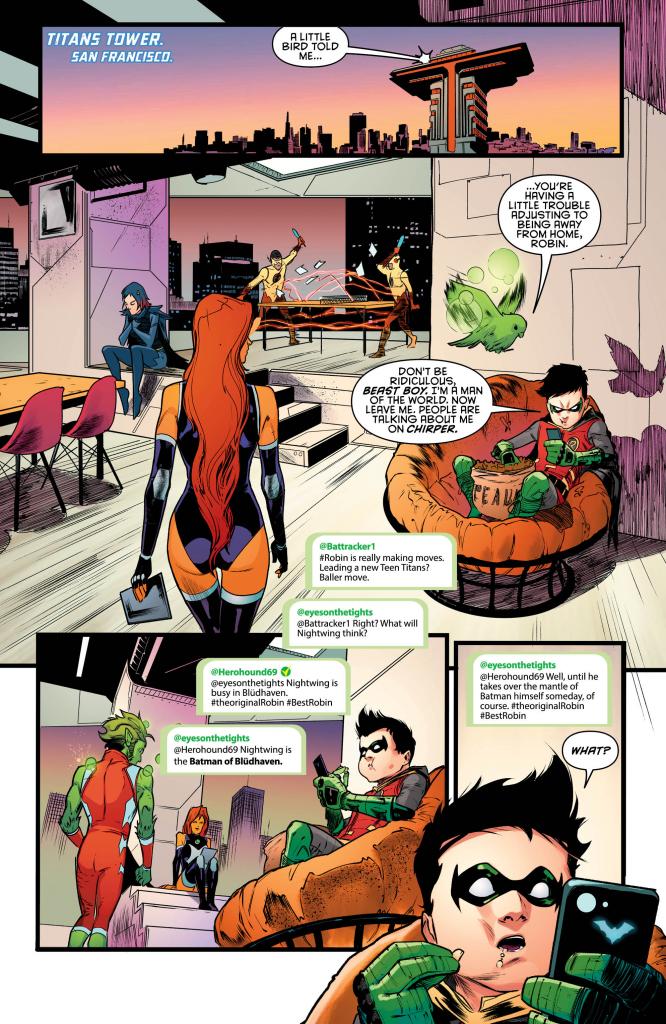 On the art front, Javier Fernandez has executed a perfect amalgamation of modern art with old-school flavour. The diving into the night shots (with the mandatory self-reflective, internal monologues) synonymous with Nightwing and Batman are ever-present, but there’s also a host of 21st Century compositions that bring us back to current times. One thing’s for sure: Fernandez has a style that makes him stand out from his peers.

Overall, Nightwing #16 is another marvellous issue from the mind of Seeley. While Chuck Dixon might be known as the definitive voice of Robin, Seeley’s making his case to become the authority on Nightwing. He has the ability to make you hate waiting a fortnight for the next issue—and that’s a good thing.