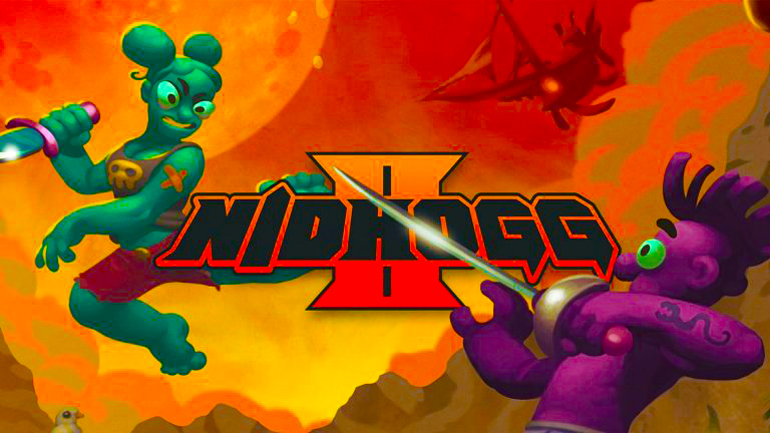 The original Nidhogg proved that there are few things are as fun and exhilarating as charging down your opponent with a pointy rapier in hopes that your weapon finds its mark before your opponents does. It’s a game that revelled in its simplicity and proved that not all games need to be huge complicated affairs. Nidhogg 2 tries to build on the successful formula of its predecessor but adds some new elements into the mix. Does the sequel do the original justice or do its enhancements detract from that which made the original so much fun? 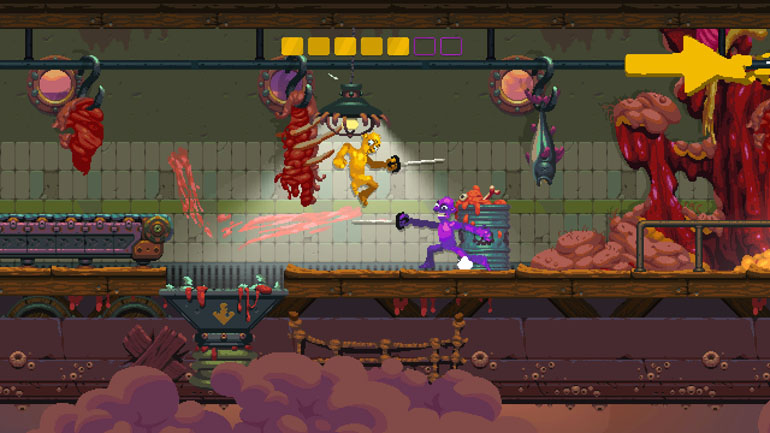 Just like its predecessor, Nidhogg 2 has two players attempting to reach the opposite ends of a large 2D map and have the honour of being eaten by the large space worm called the Nidhogg. Of course, the only thing standing in your way is your weapon wielding opponent. It basically boils down to: you run, you stab and you get eaten by the almighty Nidhogg (hopefully).

Although the gameplay might sound simplistic there is quite some depth to be found in the way that the game handles combat. When engaging your opponent, players have the option to change their stance to top, middle or bottom. The trick is to try and pre-empt which stance your opponent is using as matching their stance blocks their attack and opens them up to a counter attack. Now I’ll be the first to admit that even though figuring out your opponent’s next move can be beneficial to your success (and them lying on the floor bleeding out), things tend to mostly devolve into a chaotic scramble. 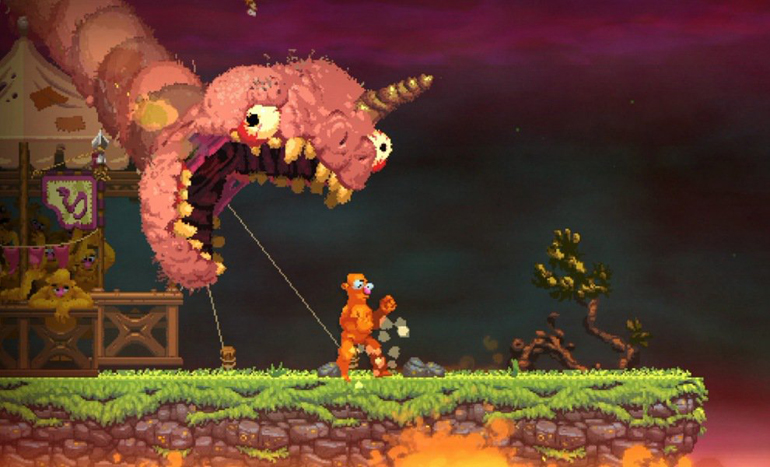 Where the original game only gave you access to a rapier with which to stab your opponent, Nidhogg 2 gives you more options by adding three new weapons. There is the broadsword which allows players to knock their opponent’s weapon away, but can only be swung from the top or bottom stances leaving them vulnerable in the middle. Then there’s the bow which while it does have the longest range is slow to fire, easy to dodge and can only be shot from the middle or bottom stance. Lastly, there is the dagger. It might seem small but allows players to strike much quicker than the other weapons. The problem is that it has a very short range which makes successfully stabbing your opponent to death a tiny bit trickier than with the longer ranged weapons. 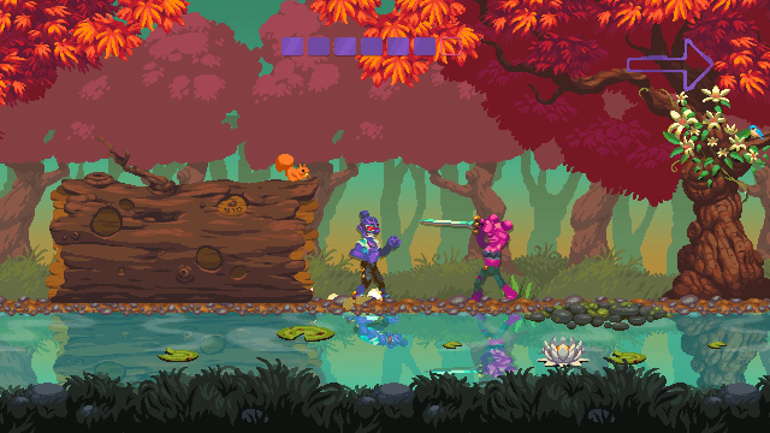 While the expanded armoury does add depth to the combat system, it comes with some frustrations as well. Where the original always equipped you with your trusty rapier, which meant that you could plan your strategy accordingly, the sequel spawns you with a random weapon each time you die (although tournament mode does allow you to change the order in which weapons spawn). This makes it difficult to plan ahead as you never know which weapon you will be wielding when you return from the dead. While this might frustrate the more calculating players out there, I found that it actually added to the frantic pace and often times made for some hilarious results. 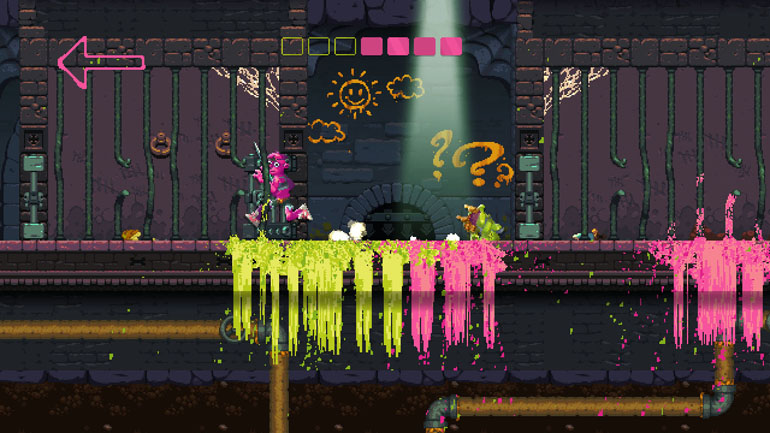 Along with the expanded arsenal of weapons, Nidhogg 2 also has a new shiny coat of pixeled paint. Gone is the minimalistic retro style of the original. Instead, we are greeted with an art style which, while still retro, is much (much) more colourful and detailed. The more colourful maps do mean that figuring out what is going on at times can be difficult especially during a fast-paced match. The best part of the overhauled visuals, however, is the new plump and comically animated avatars that players will get to disembowel. 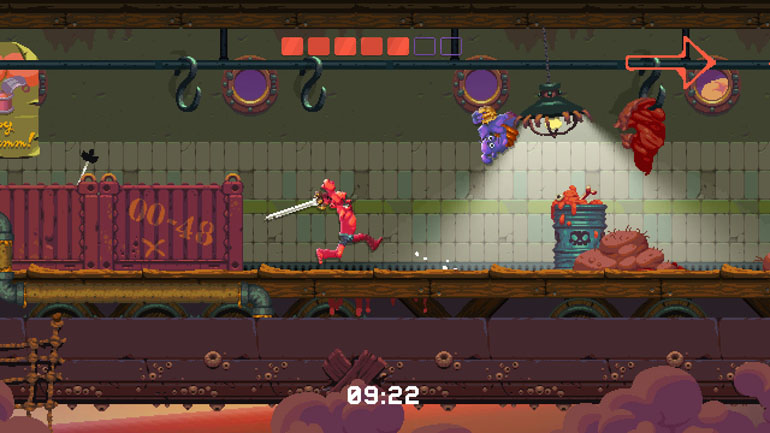 While Nidhogg 2 doesn’t change much of its predecessor’s formula, it does add some interesting new tweaks and mechanics. These might not be to everyone’s tastes but it does make for even more chaotic and hilarious gameplay moments. Even with the new additions, Nidhogg 2 still retains the tug-of-war and nerve wracking gameplay that made the original so much fun. It proves that there are still few things as fun as facing off against an opponent in hopes of being eaten by a giant cosmic worm.