Ever since Super Smash Bros. pounded its way onto our consoles, gamers dreamt of seeing the formula replicated for other franchises. Nickelodeon heeded the call with its Super Brawl series for web and mobile, but now it’s taking the fight to the consoles with Nickelodeon All-Star Brawl.

Immediately, it’s clear that this fighter appeals to the Super Smash Bros. audience. Featuring similar gameplay mechanics, the object of the game is to try knock your opponents out of the arenas while still beating them up with flashy moves. Nickelodeon All-Star Brawl isn’t exactly reinventing the wheel, nor should it—especially if it works. In terms of the roster, there are 20 playable characters from the Nickelodeon cast of characters. From SpongeBob SquarePants and Patrick Star, TMNT‘s Leonardo, Michelangelo, and April O’Neil, to even Danny Phantom and Invader Zim‘s Zim, you’ll find more than a few favourites to pick each time you play.

There are some characters that are easier to grasp than others. So if you’re a first-time player, see which one you’re more comfortable with before moving on to others. Each character has its own special set of moves, but they’re all kind of similar when you get down to the crux of it. However, no one will be too bothered by this since this is more about the melee factor than combos or fatalities. 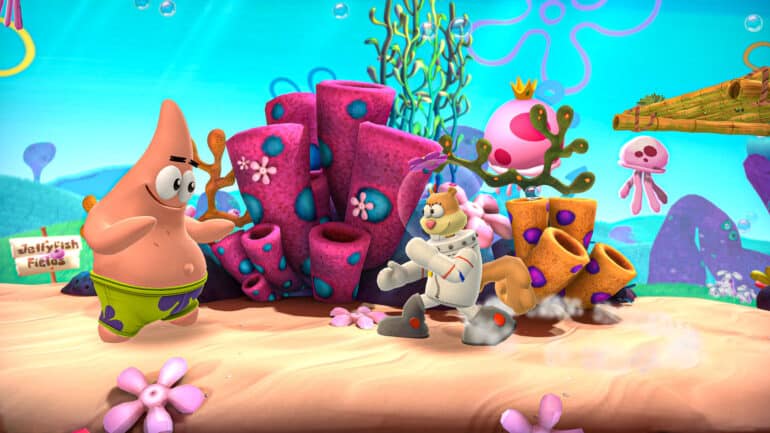 The graphics, though, are where Nickelodeon All-Star Brawl shines. Each stage is unique and based on the series from where it comes from. So, you might be battling it out in the sewer while Mondo Gecko skates in the background, or you could be outside of the Technodrome as Krang and his ugly-looking android suit look on and silently judge you.

Plus, the character models are slick and exactly how you remember them from the shows. You truly feel like you’re in the middle of some epic crossover mega-event and surrounded by all your favourite characters.

That said, it’s disappointing that there’s a lack of voice acting. Everything is text on screen and you’d think that with Nickelodeon All-Star Brawl being a licensed titles, it’d at least include the voices of these iconic characters. It does feel like a missed opportunity to add gloss to the shine here.

Of course, a melee fighter is all about the modes. For the solo fighters, Nickelodeon All-Star Brawl provides the tried-and-trusted Arcade mode that’ll see you take on computer opponents. If you’re looking to hook up a party environment, then the Stock, Timed and Sports modes will have the good times rolling. Timed is a particular favourite as it forces you to execute as many KOs before the time expires, and it can get wild towards the end as everyone becomes a pro button-smasher.

Nickelodeon All-Star Brawl isn’t here to take away Street Fighter or Mortal Kombat‘s audience. Neither its gameplay nor presentation can even compete with those juggernauts. What is doing is creating a new alternative for two gamer groups: Super Smash Bros. fans and the younger audience who love Nickelodeon toons. More importantly, it’s just a whole lot of fun, and isn’t that the purpose of video games in the first place? 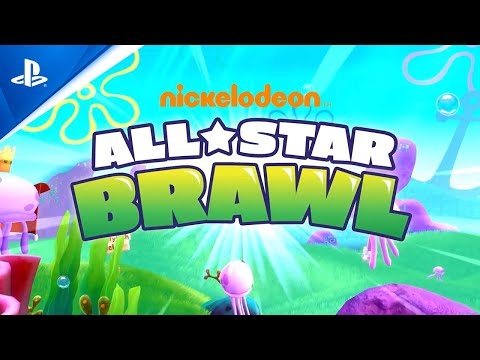