After weeks of rumours and speculation, it is finally official: PUMA has signed a long-term partnership with Neymar Jr., the Brazilian footballer represented by NR Sports.

Neymar Jr. is one of football’s most well-known and successful athletes of this generation. The soccer star has swapped the Nike brand for PUMA and will sport the legendary PUMA King football boot this season. 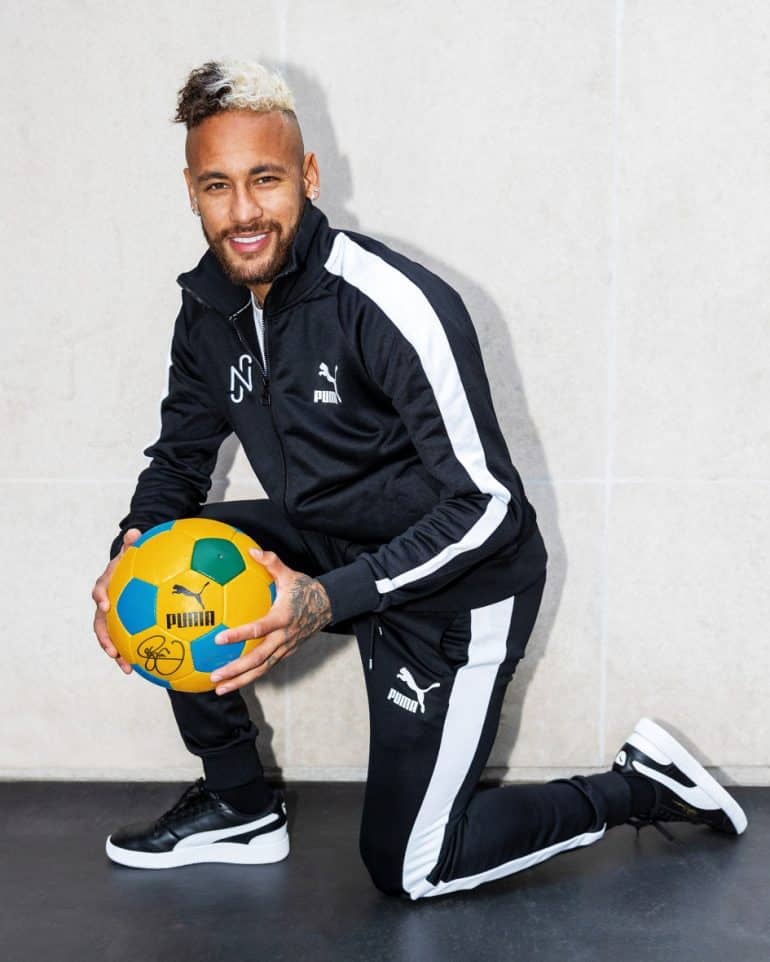 The Neymar signing was announced earlier today, with the star confirming that he would be wearing the new boot on the pitch, but also announcing that he would be a brand ambassador for PUMA as well, wearing some of PUMA’s lifestyle collection, training and sport-inspired footwear and apparel.

Addressing his global fan base on social media, Neymar titled his announced “The King is Back.” He had this to say about the signing as well as the King boot:

“I grew up watching videos of great football legends such as Pelé, Cruyff, Eusebio and Maradona. These were the kings of the pitch, the kings of my sport. I wish to bring back the legacy that those athletes created on the pitch. They each played in PUMA, and each of them created their magic in The KING. Every time I lace my boots, my KING boots, I will do anything to achieve all of my dreams to honor my name and that of all those great ones who wore the KING before me. This will be my PUMA history. The KING is back!” 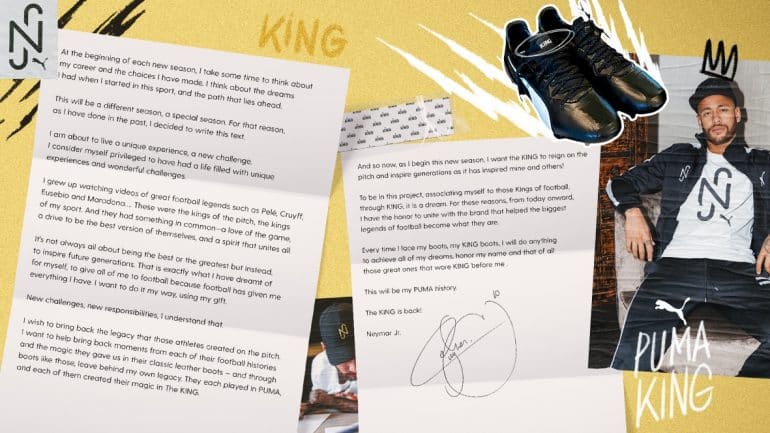 Already a well-decorated footballer, having several club trophies under his belt, which includes three countries (Brazil, Spain and France), having won the Champions League, and the Copa Libertadores as the two highlights, including an Olympic Gold Medal with his Brazilian team. He is also one of Brazil’s leading scorers of all time, having scored 61 goals in 101 matches, which makes him the 3rd-highest for the national team.

There’s no doubt the PUMA Football brand will be strengthened with the Neymar Jr. signing, already having a strong contingent of football ambassadors, including Aguero, Griezmann, Suarez and Lukaku.

It’s also very exciting to see what potential collaborations there will be between PUMA and Neymar, with the footballer having a well-respected street style over the years.