Laptops, Gaming, Monitors and Projectors - Acer has you covered. Acer announced a slew of new devices across multiple portfolios at their latest next@acer event. The event launched a host of new laptops, gaming units, monitors and even projectors. To kick things off, the next@acer introduced a variety of new laptops for users on the go. These units are thin, light and ultra-portable. The laptops include a mix of features, including touchscreen support, convertible with 360° productivity, and packed with performance.

Included in the lineup are four new units added to the portfolio, including the Acer Swift 3X, Spin 5, Spin 3 and the Aspire 5.

The Spin models feature touchscreen capabilities and include the new Acer Active Stylus. It creates a unique, flexible experience. 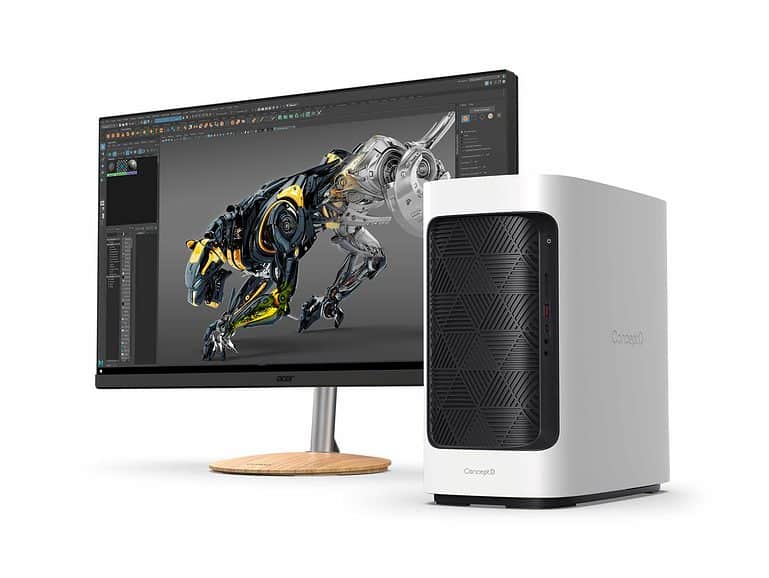 The Acer ConceptD range brings high-performance and creativity to the fore. Announced at the next@acer, the range features both laptop and pre-build desktop PCs.

The range is designed to be compact, yet powerful. Specced with high-performance gains, the units include 10th-gen Intel® Core™ i7 CPU, an NVIDIA® GeForce RTX™ 3070 GPU and 64GB DDR4 2666MHz RAM. Specifically designed to power through video edits, CAD and 3D modelling projects.

Bringing new cooling to the mix, the notebooks from the range include Acer’s Vortex Flow thermal solutions and a host of other features to keep temperatures down.

The updated range includes ConceptD 300 PC, small and powerful unit, as well as the ConceptD 7 and ConceptD 7 Pro notebooks. 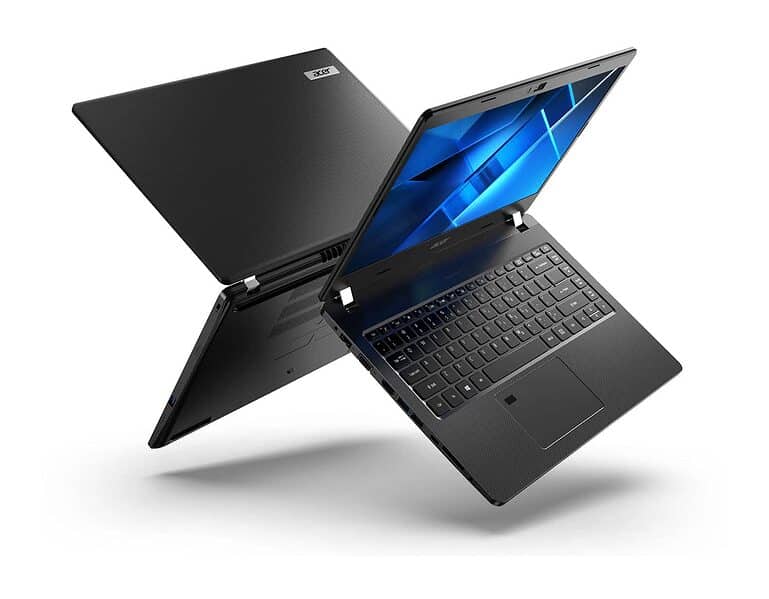 A select few of the unveiled models have been fitted with eSIM-enabled 4G LTE connectivity. This brings flexibility into the workplace with a portable approach.

In addition its portability, it has also been ruggedised to meet your on-the-go needs. The units feature the MIL-STD 810G military durability standard. With it brings a level of dust and water resistance for ease of mind.

Keeping the weight down to maximise portability is a must. The TravelMate units weigh in from just 1.3KG to 1.625KG. 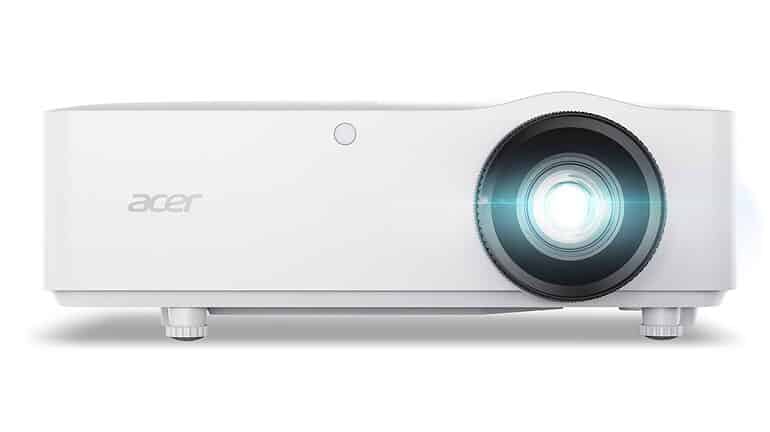 Select projectors from the range feature increased brightness up to 3,100 lumens, with higher 1080p resolution. The range includes a mix of long and short-throw projection to meet your required setup.

With health and safety at the fore, the LED monitors launched include eye-friendly technology, with some offering HDR support. 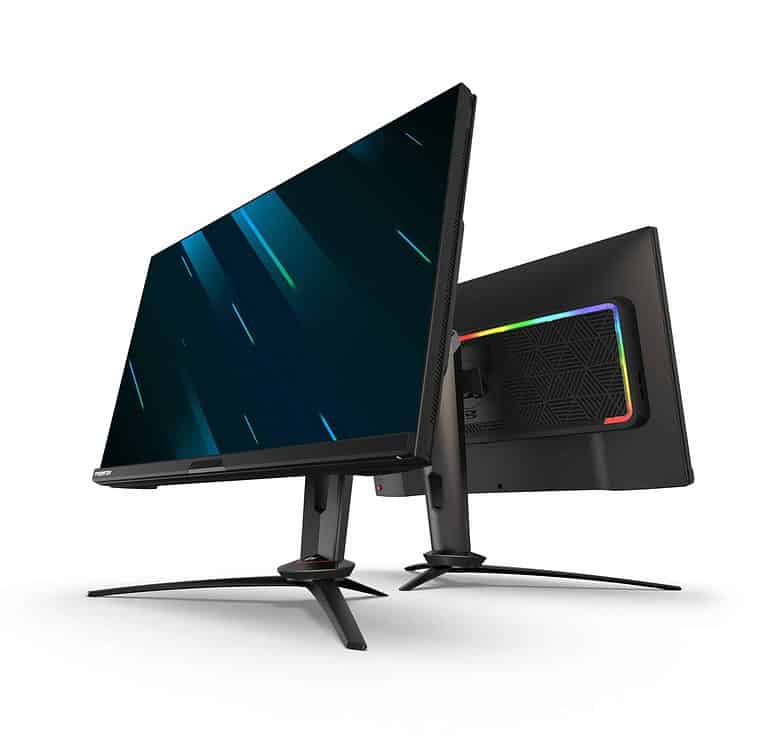 The Predator range of monitors brings pro performance to gaming enthusiasts. Features include the NVIDIA® G-SYNC®, VESA DisplayHDR™ images and fast refresh rates. Some of the panels include curved screens for immersive gameplay.

The Nitro series was designed for casual gamers and brings with it the essentials for modern gaming. 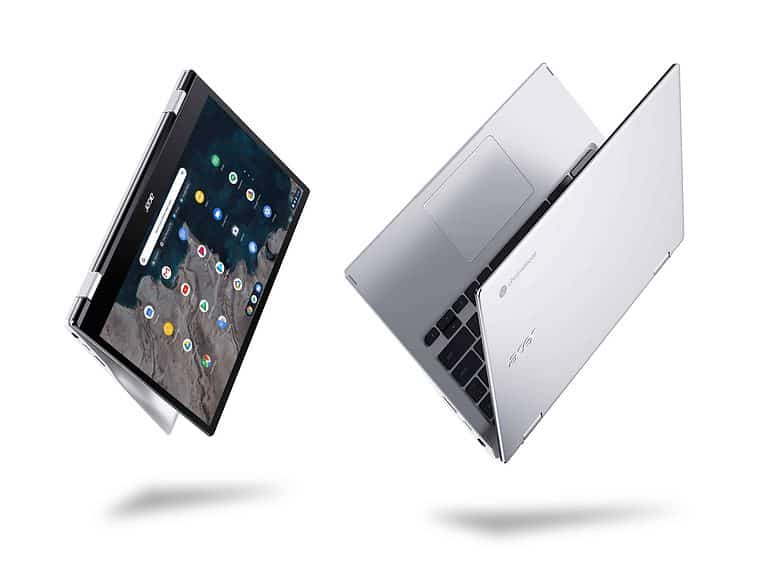 Acer has extended its range of Chromebook units with the Chromebook Enterprise Spin 513 and Chromebox CXI4. In addition, the brand has also launched the Halo Smart Speaker.

The laptops include the latest Qualcomm® Snapdragon™ 7c compute platform on Chrome OS. Each of the units are super-sleek weighing less than 1.2KG bringing convertible options to the market.

With portability in mind, the laptops provide extreme battery performances up to 14 hours. In addition, they also include support for 4G LTE connectivity. One of the key announcements of the next@acer event was the reveal of SigridWave. The software is an in-game live AI translator. It leverages deep learning technologies in order to break language barriers and communication from users across the globe.

Designed specifically to focus on gaming, the AI has been trained with 1,000 hours of game-centric speech, both from voice and script. This enables it to efficiently detect and relay messages for the user to understand.

Acer also unveiled Clubs and Tournaments on Planet9, which was designed to enhance competitive play and facilitate communication between brands and players. Introducing the Porsche Design Acer Book RS. The laptop is a compact all-metal chassis, which packs in the 11th-gen Intel® Core™ i7 processor and an NVIDIA® GeForce® MX350 GPU.

Even with the high-performance nature of the beast, the laptop still remains fairly light, at just 1.2KG. This is thanks to the carbon fibre lid. The design fuses decades of motorsport designs bringing a lightweight yet robust build.