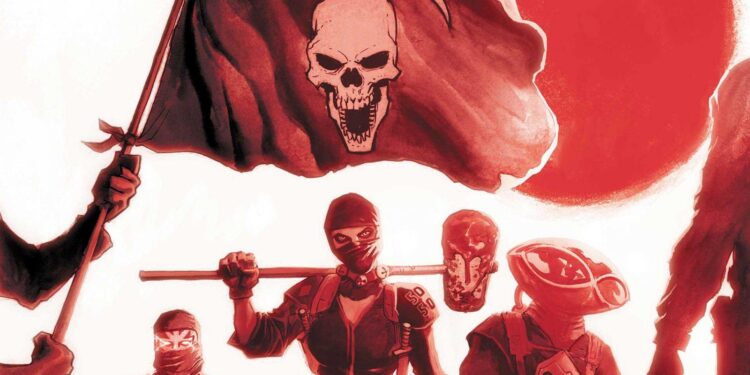 It’s difficult to keep up with the Suicide Squad and its different iterations. Undoubtedly, the release of the Suicide Squad film will throw a new spanner into the works and I wouldn’t be surprised if that version of Task Force X finds its way into the comics extremely soon. The truth is Monsters could’ve served as the ideal platform to introduce the cinematic team, because this version of the famed squad is, quite frankly, the Boring Squad. While the story initially explodes with much gusto, it slowly loses steam. It’s criminal (pardon the pun) that the most interesting conflict ends up being the office politics between Waller and Sage, when you have a host of other characters and the League of Assassins featured. That said, the team could’ve been invigorated by the presence of a villain like Killer Croc or King Shark instead of the useless Parasite, who serves as nothing more than the Jar Jar Binks of DC. The usage of Harley Quinn, in particular, bordered on tragic because bored Harley is boring Harley – read the current Harley Quinn series to see a more fun adaptation of the character. As for Deadshot, he did nothing to elevate himself as the second-best comic book character with “Dead” as a prefix.

Despite the average storyline and questionable character development, the artwork by Philippe Briones dazzles. The panels energise the action and keep you interested in seeing what happens next. Briones’s treatment of Reverse-Flash (another uninteresting character) was a tasty treat as was his phenomenal work in the torture scenes. He has incredible talent and flair; I’d love to see him work on a series such as Red Hood/Arsenal sometime in the near future.

As the excitement for the film reaches boiling point in the next few months, it’ll be crucial for DC to quench the fans’ desires for great stories beforehand. This, unfortunately, was unachieved in the lacklustre Monsters. Sean Ryan and Briones’ run has recently come to an end, so it’ll be interesting to see what direction DC takes next with this series. However, if you’re new to the Suicide Squad and looking to get accustomed to the characters, you’d be better served reading Suicide Squad Vol. 4 from 2011 or watching Batman: Assault on Arkham.