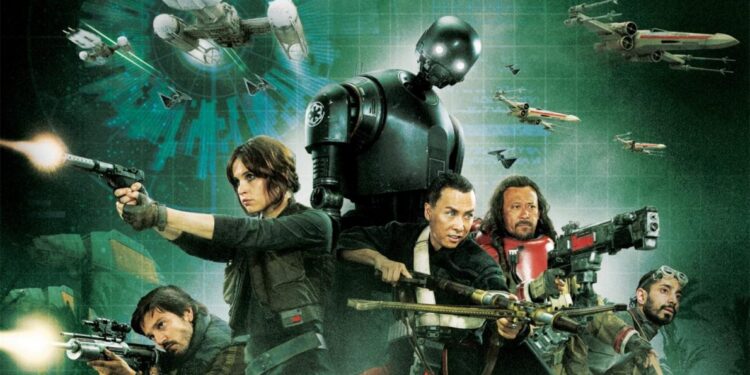 Spoiler Alert! A new 10-page preview of Rogue One: A Star Wars Story: The Official Visual Story Guide has shed some light on a few details about the upcoming release.

Have a look through the images below and you’ll discover cool new details – like the introduction of black-clad Stormtroopers called Death Troopers. The preview also gives us glimpses of the different heroes and villains, new ships, and a new droid character. Rogue One: A Star Wars Story, or simply Rogue One, is an upcoming 2016 American epic space opera film directed by Gareth Edwards and written by Gary Whitta and Chris Weitz, from an idea by visual effects supervisor John Knoll. It will be the first stand-alone Star Wars Anthology film, and the ninth theatrical feature film in the series. Set in the Star Wars universe shortly before the events of A New Hope, the story will center on a group of Rebel spies on a mission to steal the plans for the Galactic Empire’s new weapon, the Death Star. It will star Felicity Jones, Diego Luna, Riz Ahmed, Ben Mendelsohn, Donnie Yen, Jiang Wen, Forest Whitaker, Mads Mikkelsen, Alan Tudyk and Jonathan Aris.