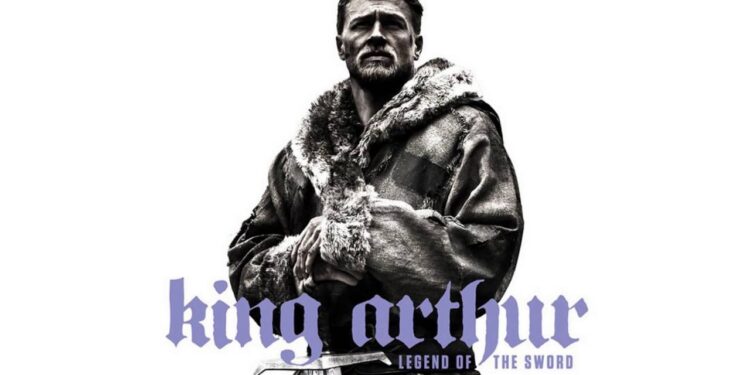 Everyone knows the story of King Arthur, but have you ever seen it told like this? Guy Ritchie works his magic and delivers an epic retelling.

Can you spot David Beckham in the trailer? Probably not. It seems the soccer star will be playing a small supporting role as a grotesque-looking knight. Beckham told The Times: “I had a lot of make-up on. I could hear people saying, ‘It looks like him, but it’s not him.’ It was nerve-racking delivering the lines, but it actually went really well. I enjoyed it massively.”

The new trailer promises plenty of high-octane action in true Guy Ritchie style – with an anachronistic soundtrack to boot. While the first two trailers made me feel uneasy about seeing King Arthur: Legends of the Sword, the new trailer does a good job of convincing audiences that it won’t be terrible. As the Jude Law’s Vortigern so appropriately asks, “Why does the sword reveal itself now?”

When the child Arthur’s father is murdered, Vortigern (Jude Law), Arthur’s uncle, seizes the crown. Robbed of his birthright and with no idea who he truly is, Arthur comes up the hard way in the back alleys of the city. But once he pulls the sword from the stone, his life is turned upside down and he is forced to acknowledge his true legacy…whether he likes it or not.