Based on author Leigh Bardugo’s Grishaverse book series, Season 1 stars Ben Barnes, Jessie Mei Li, Amita Suman and many more fantastic cast members in this epic fantasy tale. With such a huge following for the Darkling and Shadow and Bone, Netflix banked a lot on this project becoming the next big hit for the streaming platform.

But does it fulfil its promise?

Take a listen to our Shadow and Bone review: 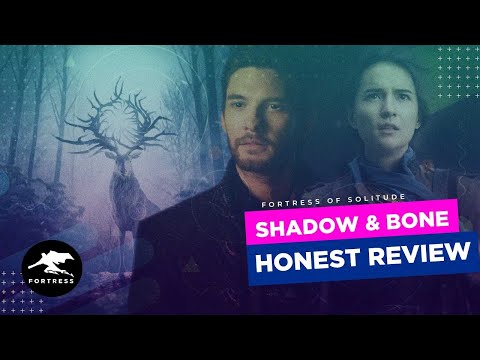 What is the show about?

Alina Starkov is a teenaged orphan, in Ravka. With friend Malyen Oretsev they cross the Fold, a dark, barren, land cutting Ravka off from the sea, to trade. The sea is inhabited by monsters named volcra. The volcra attack, and while saving Mal, Alina displays a Grisha talent. The Grisha are people with the ability to call earth, fire, wind, flesh. Alina has the rarest gift, of light.

The leader of the Grisha, rushes Alina to the capital of Os Alta, as her power is so valuable. This makes her an assassination target.

What are your thoughts on our Shadow and Bone review? Are you looking forward to the show?