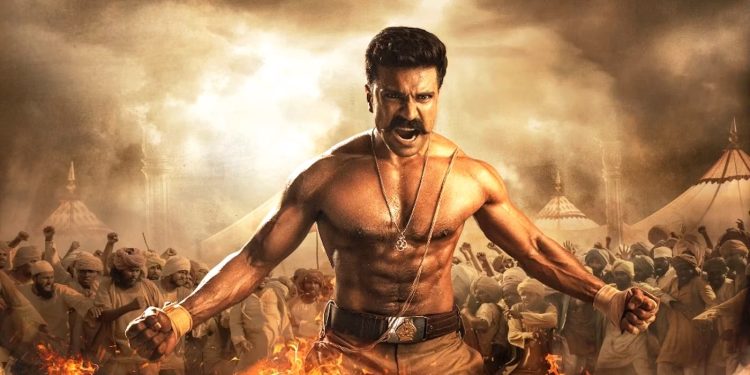 You’ve probably heard of Netflix’s latest Bollywood movie sensation, RRR, before. But is it really as epic as everyone says it is? In short, yes. It’s essentially Bollywood’s MCU superhero film. And, oh boy, it’s pretty epic!

When it comes to cinematic universes, international audiences might be familiar with either Marvel and their MCU or perhaps DC and their Extended Universe. However, nothing compares to the unparalleled productivity of Bollywood cinema. It’s a whole other world in every conceivable way: from bombastic action sequences to massive musicals and even actors and actresses that have starred in hundreds of films in their careers.

However, for some reason or another, only a handful of Bollywood films ever make it big outside of India. It might have something to do with the cultural barrier, or maybe it’s because we as movie fans are so used to watching almost exclusively American films. Fortunately for Bollywood, Netflix has somewhat evened the terrain for international productions to reach a wider audience; just take a look at the surge in popularity of South Korean films and series that have suddenly become mainstream icons thanks to the streaming giant.

When RRR – also known as Rise, Roar, Revolt – arrived on Netflix in March, virtually no one could have predicted how much of an impact the movie would have among Netflix subscribers. RRR shares many common elements with the more outlandish examples of Bollywood cinema – but, at the same time, it makes use of some well-established conventionalities that have become commonplace in current superhero films.

In other words, RRR is the closes Bollywood has come to producing an MCU film outside of the MCU.

Superhero fatigue is a real thing that has been on the radar of some of the most prominent production companies these days. With the dwindling popularity of Phase Four of the MCU and the future of the DCEU hanging by a thread, it’s no surprise to see that so many alternative studios are trying to become the next big thing when it comes to cinematic universes.

What no one could have predicted was that this cultural revolution could have emerged from Bollywood.

Besides its bombastic setpieces and obligatory Bollywood sensibilities, the plot of RRR follows some very touchy subjects for Indian culture – in particular, their relationship with the British during the early 1900s. Colonialism remains a sensitive theme within some Indian circles, which might explain why it’s still a core background to many Bollywood productions, including RRR.

Filmed on a budget of approximately $69 million, RRR is also the most expensive Indian film ever produced – and it shows. There’s a reason why RRR has succeeded where so many other Bollywood films have failed before, and that is that the movie is, essentially, a crowd-pleaser that understands that for your moral message to reach a wider audience, you need to neatly wrap it inside a bombastic action-filled package.

All that said, there’s one pivotal aspect where RRR and the MCU diverge, and that is in the approach to cinematic universes as a whole. While the film’s screenwriter, Vijayendra Prasad, has shown interest in turning the movie into the starting point of a whole franchise, director S. S. Rajamouli has been a bit more reticent about it.

In Rajamouli’s mind, RRR works as a self-contained narrative that doesn’t need to be turned into a multimillionaire cinematic universe. However, things are prone to change over at Netflix, so it wouldn’t be all too surprising to suddenly hear that a sequel to RRR is in the works. As we know, cinematic franchises are big right now, and this might be Bollywood’s best shot at becoming a veritable competitor to the leading cinematic universe in the world – a chance that Netflix is unlikely to miss.

Tell us, have you watched RRR on Netflix yet?