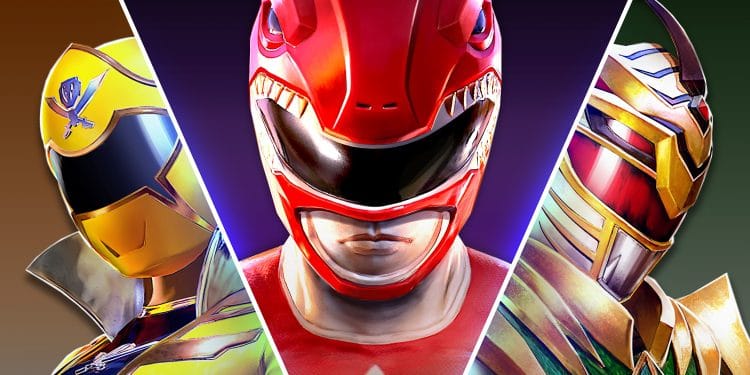 Co-executive producer for season 1 of Netflix’s The Witcher and writer of one of their episodes has joined ranks with Entertainment One on the new Netflix Power Rangers series.

Power Rangers has been airing on television for the last 29 years, being a mostly kid-friendly franchise since 1993. With a movie adaptation that was described as a bit of a flop, there have been few developments in the franchise other than keeping in the same vein that they know is currently working for them, entertaining kids with their enjoyable content.

In recent years, Entertainment One and Hasbro (which acquired Entertainment One back in 2019) have made considerable efforts to expand the franchise across both film and television, which is majorly helped by the development of the series for Netflix. This development is heading in a direction that would separate it from the kid-friendly Power Rangers it has always been.

So Who is the New Talent?

Co-executive producer on Netflix’s The Witcher season 1, Jenny Klein has just recently signed a 2 year deal with Entertainment One. The agreement is for Jenny to develop genre and drama-based television content under the company, not just exclusively on Power Rangers. Klein has said that she is incredibly honoured and proud to be working with Entertainment One in a recent statement, speaking of the ‘incredible toy box to dig into’, clearly excited for her project.

Klein will be working alongside director Johnathan Entwistle of Netflix’s End of the F***ing World who originally joined Entertainment One back in 2020 to oversee the expansion of the Power Rangers Universe. They will also be working with Patrick Burleigh, writer of the script for some notable works such as Peter Rabbit 2: The Runaways and Eternals. Burleigh will reportedly be writing the script for the new Power Rangers, while it is still undetermined who will be directing the project.

Some of her other works of course include The Witcher, Supernatural, Jessica Jones, Cloak & Dagger, Sacred Lies, The Tick, and The Thing about Pam. While not all have incredibly dark settings such as The Witcher, it’s clear that she has a habit of working on the more mature subject matter with deep lore and general depth, so it is no surprise that they want her help to expand the new Netflix Power Rangers universe.

After the underperformance of the 2017 film and the sequel being scrapped, fans were somewhat nervous about the new adaptation. However, it seems that Entertainment One and Hasbro have thought about what they want to do with the franchise and have chosen wisely for who they will have to handle this new development into a deeper Power Rangers.

Major news updates have been somewhat sparse since these announcements, but fans aren’t worried about the lack of news, but rather excited for the development and expansion of the new Netflix Power Rangers universe.

Are you excited about the new development in the Netflix Power Rangers universe?