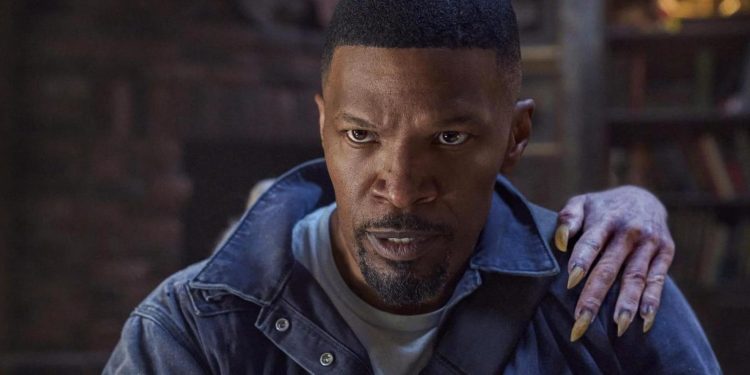 An official trailer just dropped for Netflix’s new movie Day Shift stars Jamie Foxx and Snoop Dogg as they are on the hunt for vampires.

Premiering August 12th, Day Shift primary lead actor Jamie Foxx will portray a hardworking dad who just wants to make a living to provide for his young daughter. He does this by working as a pool cleaner in San Fernando Valley. This job is revealed to be a front for his actual job, which is hunting and killing vampires.

The recently released trailer gives us a sneak peek into this as it starts by showing Foxx as he is cleaning a possum out of a pool. When he sets his cleaning supplies down, they are revealed to be hiding his actual tools for vampire exterminating. After taking a rifle to an older woman in her home, Fox can be seen watching as her body turns into a twisted creature of the night.

This movie comes from the team that supposedly ‘taught John Wick how to kick ass’. Day Shift is to be directed by J.J. Perry and produced by Shaun Redick, Yvette Yates Redick Chad Stahelski and Jason Spitz. This will be the first film that Perry has directed, however, he brings experience from projects like The Fate of the Furious, Blood Shot and the John Wick saga. The film is said to be based on a script that was first discovered at a screenplay competition and is now being adapted for Netflix.

The logline for Day Shift reads: “Jamie Foxx stars as a hard-working blue-collar dad who just wants to provide a good life for his quick-witted daughter, but his mundane San Fernand Valley pool cleaning job is a front for his real source of income, hunting and killing vampires as part of an international union of vampire hunters.”

While not too many of the roles besides Jamie Foxx and Dave Franco have been officially revealed, Meagan Good seems to be playing the mother of Foxx’s onscreen daughter, who is portrayed by Zion Broadnax.

Dave Franco is set to play a newcomer to the vampire hunting community, who is terrified at the start of his new occupation. He is shown terrified and screaming in several action sequences in the Day Shift trailer, and even urinates in his pants. Foxx tries to reassure him that it’s normal and happens to all hunters on their first job, not to him though.

It’s interesting to see a team that normally deals with relatively realistic plot lines and stories delve into a world of supernatural intrigue, however, we haven’t had a good action-packed vampire movie arguably since the last Underworld instalment and it would be lovely to see what the creators are going to accomplish with this topic.

Are you excited to see Jamie Foxx and Snoop Dogg hunting vampires in Netflix’s Day Shift?