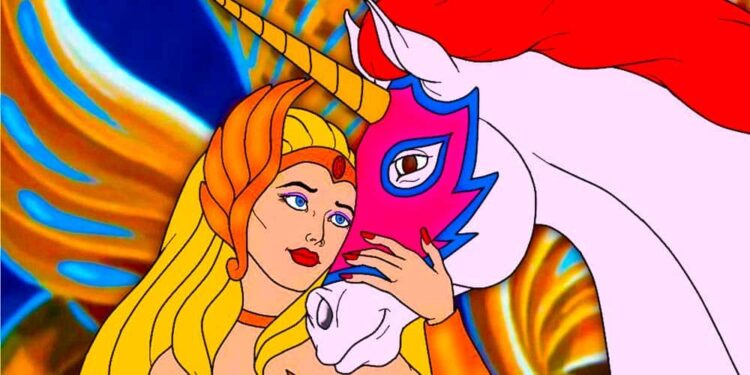 For the honour of Greyskull! Popular ’80s cartoon She-Ra, which follows the story of Princess Adora, the twin sister of Prince Adam of Eternia, a.k.a. He-Man, will be getting a special reboot by cartoonist Noelle Stevenson for Netflix in 2018.

I’ve been working on this in secret along with some really incredible talent for almost two years now. Stay tuned for more details over the next few months – can’t wait for you to see what we’re doing.

Originally introduced in The Secret of the Sword as a foe for He-Man in He-Man and the Masters of the Universe, the two soon found out that she was his secret sister. Holding aloft her Sword of Protection, Princess Adora gained the power to transform into the heroic She-Ra, the Princess of Power. With this power, she leads a rebellion to save planet Etheria from the dark sorcerer Hordak.

The trailblazing property originally debuted in 1985 to satisfy overwhelming demand for a female lead fantasy series. With Stevenson’s unique voice at the helm, fans are in store for an epic and timely tale that celebrates female friendship and empowerment, lead by a warrior princess tailor-made for today. The series will be available to Netflix members worldwide in 2018.