Even though we won’t be seeing Sigourney Weaver in an Alien film directed by Neill Blomkamp any longer, the District 9 director will still be working with her on other projects, including a sci-fi short for his latest experimental webseries, titled Oats Studios Volume 1.

While there is a lot of details yet, this new official trailer promises that the sci-fi short films will be very weird and experimental. The trailer features monsters, aliens and all sorts of strange science fiction imagery. In one brief clip, we see a character has had his eyes bloodily removed. In another, we see a skeleton come to life. It’s all very strange, but interesting. 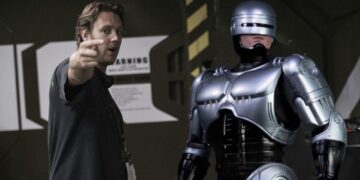