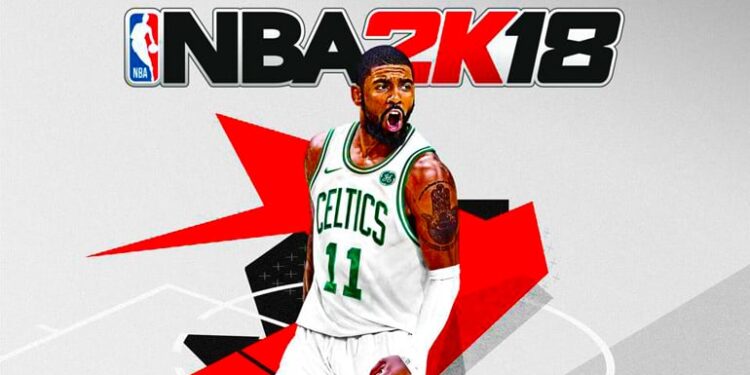 NBA 2K18 is the 19th instalment in the NBA 2K franchise and easily the best one yet. If you’re a fan of the sport, you’ll likely hold the game in some reverence. 2K17 saw an overall improvement to the series but also had a few bugs, such as the poor facial scanning and bad body type designs that looked totally fake. This time around, 2K has responded well to fan feedback and delivered an absolutely beautiful looking game that deserves a spot in the Hall of Fame. It somehow continues to raise the bar it already set in previous instalments.

Personally, I am totally blown away by the game’s visuals, presentation and attention to detail (you can now even see all the tiny logos on the player’s branded sneakers). On the court, player body types are amazingly near perfect and game presentation really looks and feels similar to a real-life NBA game. This is definitely 2K’s best looking NBA game ever. Gameplay has also had minor upgrades to make NBA 2K18 a smooth and pleasurable experience. Visual Concepts has improved gameplay with their new physics-based player motion system and much better AI. Each player handles differently, according to their strengths and weaknesses, so you have’to put some thought into creating clever plays (mashing buttons won’t work here). Also, you’ll need some knowledge about the real-life superstars’ abilities to really get going and be competitive. If you’re expecting to step on the court and perform the same dribbles as you did in 2K17, you’re in for a surprise. There is a natural evolution in the gameplay and the AI.

The revamped shot mechanic gives gamers more feedback about why a shot swished through the basket or clanked off the rim. Mastering the new system is rather tricky and takes time and skill. However, after some time behind the controller, you’ll be shooting three-pointers like the pros. One of the more controversial new changes is the new shot meter, which only pops up when you pull up a shot. The meter has also changed position on screen from being next to the shooter’s feet to his head. Personally, I found this to be a great improvement, however, not all 2K fans have taken a liking to this change. It probably comes down to preference.

It’s also probably good to mention that, thanks to a new proficiency feature system, coaches are also far more involved in NBA2K18. In fact, they can make or break your team in the game. Each coach prefers to run a particular way of play and, if your roster of players fits into that system, you’ll be rewarded on-court. This is definitely a first.

Like many of the other sports games out this year, NBA 2K18 also has a new narrative mode called MyCareer, which is similar to FIFA 17’s The Journey, but far less refined. The characters can become somewhat annoying, especially the lead, who is a DJ who gets spotted at a streetball tournament. Other new features to the series include Neighbourhoods, which ties into the game’s MyCareer, MyPark, and ProAm game modes.

Neighbourhoods is an open-world hub that gamers explore while interacting with other players and improving player attributes by completing activities (think GTA meets the NBA). Also, you can walk into stores and purchase clothing or shoes from shops, such as Foot Locker or the NBA Store. I love this concept but the prices asked for stuff you can purchase, like haircuts, tattoos and shoes, are far too expensive.

In NBA 2K18, game presentation and gameplay work hand-in-hand creating a great experience for the player. I can see myself returning to the game throughout the year. The attempt at mixing all the game modes into one career mode is a good idea but probably needs some refining to make it really work.

However, facial scanning is still incredibly poor. I struggled with uploading my scanned images and had to delete and reinstall the MyNBA2K18 application multiple times before it worked. As expected, the results were horrifying and my custom player avatar looked nothing like me. In fact, just looking at the final result made me cringe.

The face sculptor simply sucks and has way too little in terms of pre-sets and changes that the player can make. After deleting the horrifying results of my face scan I attempted to create a player that resembled myself but I simply could not get my character to look anything like me. Those who are interested in playing online should probably note that there were many early server issues, allowing a lot of lag and frame drops. Also, a lot of the NBA 2K community have complained about losing their players. Luckily, I was not one of them and, thankfully, 2K has released an update tackling some of these bugs.

All in all, NBA 2K18 builds on what the previous releases had established in a meaningful way and creates an amazing and deep experience. The improved visuals, along with the added tweaks, make it a great addition to the franchise. This is the definite basketball simulation game. 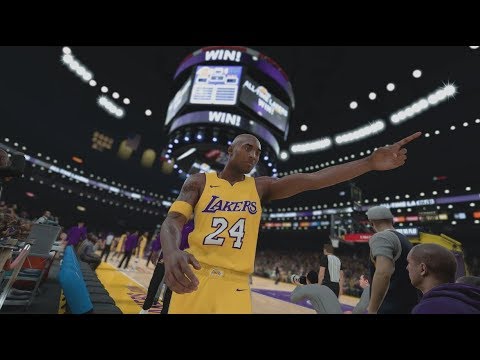