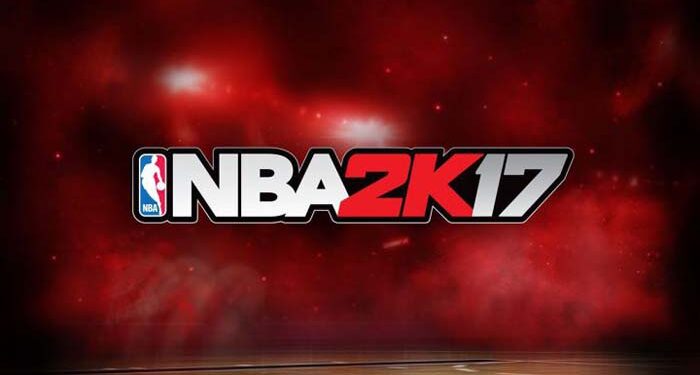 It is that time of the year again, the new NBA season is around the corner and the latest version of the popular 2k Basketball franchise has released NBA2k17, a basketball simulator game. NBA2k16 was awesome and got really good reviews, so the latest version definitely had some big boots to fill! 2k17 announcer team is a little more advanced than last year. This year Kevin Harlan and Greg Anthony return to the announcer team. The option of variety in announcers is awesome for the player. The rest of the crew involved are Clark Kellogg, Chris Webber, Steve Smith, Doris Burke and Brent Barry. What has really made the announcer team more in depth is the fact that player specific dialogue has been added to the commentary to improve the involvement level with different player’s in-game. Another new addition to the announcers is TNT’s (Turner Television Networks) David Aldridge. He is now the sideline reporter for 2k17, adding to realism that makes 2k17 the best basketball game series.

But that’s not all that has changed, there are new and improved scoreboards, stat overlays, pre-game cut scenes and halftime entertainment that actually work well immersing the player into feeling like they are really watching an NBA presentation during a live match. These small but subtle changes play a huge part in making the game realistic overall. Although this can become repetitive after a while. The graphics are extremely realistic in most places. From genuine good looking stadiums to convincingly made crowd’s that interact to certain plays that are made. For example, if you make a free-throw you can see some of the crowd nodding their heads in approval. It is truly a beautiful thing to watch how 2k can drive the limit of realism. Some of the players in-game have very skinny arms that look fake – but that was the only big problem that I found with the graphics.

If you have played the NBA 2k series before there are plenty of familiar faces that have had updated face scans as well, unfortunately, some players benefited from this more than others. I spent many hours attempting to get my face scanned by the NBA2k17 application that you can download for free from the Google play store (Android) or Apple i-store (Apple). After I scanned my face and uploaded the images to the database that connects to your platform account it starts to mold your images to a virtual face, however as the mold gets to 80 percent it stops and keeps telling me to rescan my face and follow the instructions carefully. Needless to say, I suffered a loss of game time due to trying to make the face scan work. Hopefully, 2k can fix this problem sooner than later. This year we have a new shoot meter that the player will use to shoot jumpers, layups, and free throws. The meter is a visible helping the player complete layups and it gives the player something to think about when shooting. All the player has to do is allow the meter to fill until it is completely green before releasing the shot for a perfect swish every time, however, if you release a little bit too early or too late you could still make your shot depending on a few variables such as distance or angle. The new collision animations make it a little bit trickier when running into a defender. The new animations halt any forward movement or momentum the player had. If you are able to get into the lane clearly there are a host of new double clutch layup animations that are nice to look at and effective against incoming shot blockers. Dribble moves are more difficult to pull off which I really enjoyed because in 2k16 it was all a bit too easy when making things look fancy. Now dribble moves must be chained together with movement making it more challenging and rewarding.

Also, we have new rebound animations. Now the player can fight for the board and you will even see a guy tip the ball back out to the perimeter. But the most important improvement I’ve found is the Computer A.I. overall. Guarding the computer is a lot more difficult as the A.I. will often take you off the dribble. The Computer will chain movement together with dribbling, set back jumpers and pull-ups as if you were playing against another human. The players feel a lot more real this year in defense. While the A.I. assists in keeping loose runs at bay the player can focus on defending or stopping the attack from the player with the ball. The A.I. will also attempt to deflect passes close to them eliminating easy passes defenders wouldn’t react to or the ones that went right through our hands last year. The fluid gameplay is awesome and these improvements make buying 2k17 an easy decision if you are into basketball. MyCareer Mode in few words can be described as a deeply enriching experience, you start off by selecting your chosen position and the style of player you want to be at that position and from there depending on your height and weight determines how high certain stats can be. Basically what this means is the bigger your player (weight) the less speed they have.

You start off as the top high schooler in the country where you can select from 10 real colleges to attend. As I have never experienced what American college is like I can only assume from media that 2k 17 has captured what it feels like to be in that situation. The story actually gets you attached to the people involved in you’re my player’s life, and with the addition of the Olympic team in the game, you might get a call from a certain somebody inviting you to represent your country. Next, the player gets drafted into the NBA. Once you’ve been drafted, you’re shown your MyCareer player hub, where from here you can do a bunch of activities. Continue the day to day grind of being an NBA player going to practices, you can answer your text messages from a variety of different character or skip it all to jump right into your first NBA game on your way to becoming an NBA Superstar. In MyLeague, you can add up to six expansion teams to the NBA that you can create yourself or use some pre-built ones. From there you can control 1 or every team to run your league. All the previous game modes are back with improvement’s leaving the player with a variety of things to do in-game. The online gameplay is awesome but can become sticky at times leaving the player with a lot of lag. Maybe it’s time 2k made some servers available for Africa.

Overall, I really enjoyed every minute of NBA2k17. The minor glitches can be easily overlooked. Playing with friends is an enjoyable experience I believe we should all have! 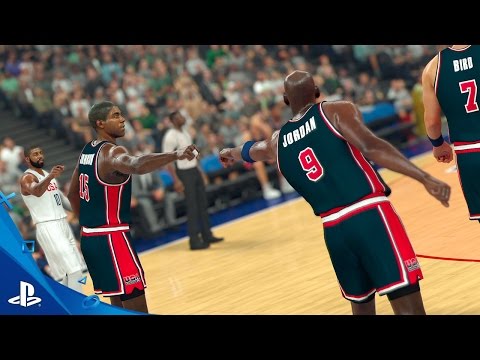