Fantastic on the court BUT too little has changed from the previous instalment. This year marks the 22nd instalment of the NBA 2K franchise, one of the most popular and best-selling basketball simulation video games to date. However, it is possibly the last feature on the current-gen consoles, with the arrival of the PlayStation 5 and Xbox Series X swiftly approaching. With only a few minor updates from its previous outing, NBA 2K21 might not offer enough to keep the crowds cheering. 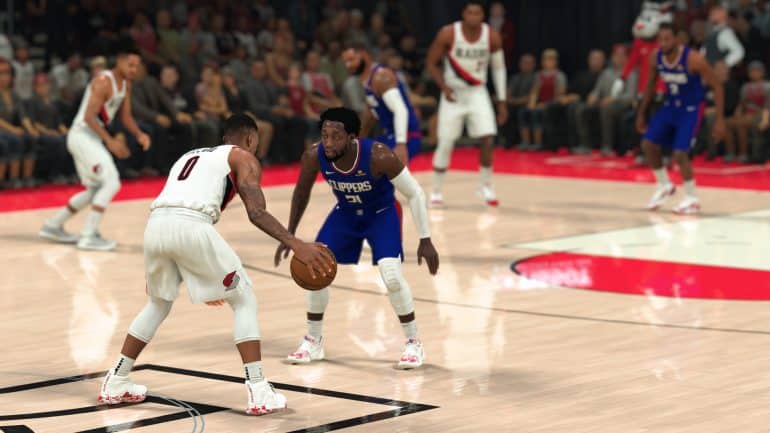 NBA 2K21 offers much of the same game modes as its previous instalments, including MyTeam, MyCareer and MyLeague.

In the MyTeam mode, you use Virtual Currency (VC) to purchase fantasy cards to build up your own team, consisting of past and present NBA superstars.

In the MyCareer mode, you can earn VC by contributing to your team’s success by either scoring, assisting, or forcing turnovers, but you can also lose VC by giving away fouls.

In this year’s narrative, players get to play as Junior, the son of a former all-star college basketball player, as he tries to pave his own way through high school and college and live up to his father’s legacy. The story is executive produced by LeBron James. 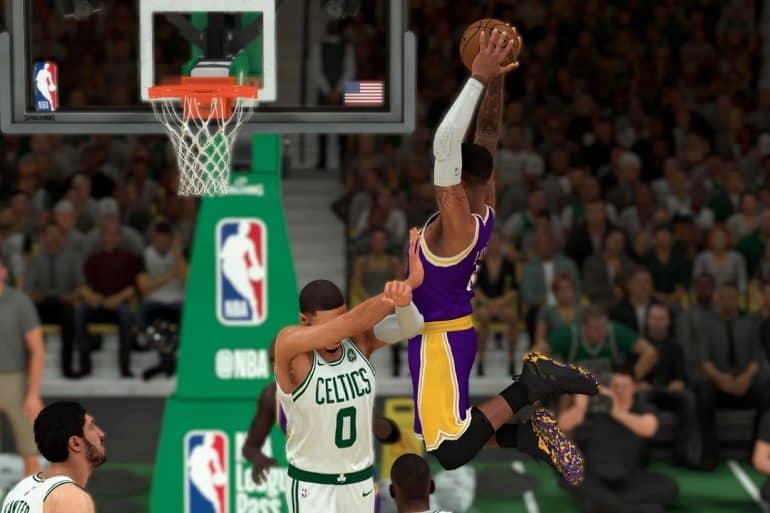 Hoop, There It Is

NBA 2K21 delivers a new shooting system as well as new dribble controls that help you to fend off defenders more skillfully. 2K Sports have scrapped the old shooting system, replacing it with some new mechanics.

Firstly, there is the timing based shot meter using the square button. The aim is to land the marker in the sweet-spot of the meter, with the spot constantly changing depending on your position on the court, making it even harder to land that perfect shot.

There’s also the Pro Stick shooting mechanic which requires you to accurately pull the thumbstick back while aiming, which is a lot tougher than it seems.

The shooting mechanics did have some glitches at launch, but 2K Sports have released a hotfix.

Visually, NBA 2K21 still delivers some of the best graphics for any sports game on the current-gen consoles. The courts and attention to detail are impressive, as well as the new Neighbourhood called The Beach, which looks incredibly realistic.

But it’s the overall audio experience and soundtrack that really steals the show. Some of the soundtrack highlights include the late Pop Smoke and Juice WRLD, Roddy Rich, Lil Baby as well as the hit single ‘Blinding Lights’ by The Weeknd.

There is a long list of jams to keep your head bobbing while you hit the courts. Despite some of the drawbacks, NBA 2K21 still offers the best basketball simulation experience on and off the court.

However, if you are planning on getting a next-gen console later this year, I would highly recommend waiting and getting the upgraded version instead. I’m sure by then 2K Sports would have ironed out all minor bugs as well as offer an updated version of the game with faster load times and an even better visual and audio experience.

NBA 2K21 is currently out on Playstation 4 (the console which we reviewed it on), Xbox One, Nintendo Switch, Google Stadia, and PC via Steam.

During the Future of Gaming event in June this year, Sony gave us a glimpse of what NBA 2K21 will look like on the PS5. The next-gen version for both the Xbox Series X/S and Playstation 5 is available for pre-order, which will be released late 2020.

Will you be hitting the court in NBA 2K21 or will you wait for the PS5 version coming out later this year?

NBA 2K21 still offers the best basketball simulation experience on and off the court, despite only offering some minor updates from the previous outing.