2K Sports’ NBA 2K20 continues to excel at recreating the excitement and energy of real-life basketball. The latest instalment brings all your favourite players to life, adds some grit to the already popular franchise, and finally features the WNBA (Women’s National Basketball Association). 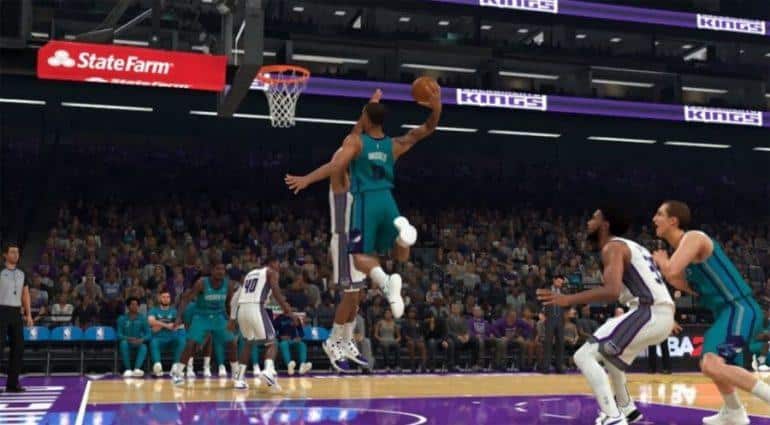 NBA 2K has always been the pinnacle of basketball simulations, with only a few competitors coming close to matching the game on court over the years. As usual, the latest yearly release has managed to pull up its socks, even if it is ever so slightly with 20, ensuring that the franchise remains the number one go-to game when it comes to the sport.

The game’s presentation has always been a highlight for fans and NBA 2K20 is no exception. Everything is top-notch. From the way the players walk into the changing rooms, similar to real game build-ups, to the way they represent themselves and the many brands associated with the sport on the court, everything has been finely tuned to excite hardcore ballers. New overlays of stadiums add to the pre-game show, showcasing the beautiful stadiums and cities in the USA.

Of course, it also helps that NBA 2K20 is absolutely gorgeous. The facial scans are realistic and the colours and the brands stand out as they do when watching a real game.

Additionally, when it comes to music and sound, 2K has always been on the ball. This time around they have all of the latest popular hip hop and pop music artists collaborating on the soundtrack, which adds to the atmosphere of the game.

When it comes to gameplay, building on the solid foundation, the new release has added great new features that make playing a little more realistic than last year’s NBA 2K19. An avid NBA 2K fan will immediately recognise the difference in sprinting. The “run it and gun it” style of play no longer works here. In some cases, you might still be able to hold down the sprint button and easily run through a player to make a basket, however, players deplete stamina when sprinting a lot faster than before and bigger/stronger players are not always able to muscle their way to the hoop. Of course this is also thanks to an improved defensive system off the ball. Player blocking, screening and stopping runs off the ball are more effective when you know what you are doing. 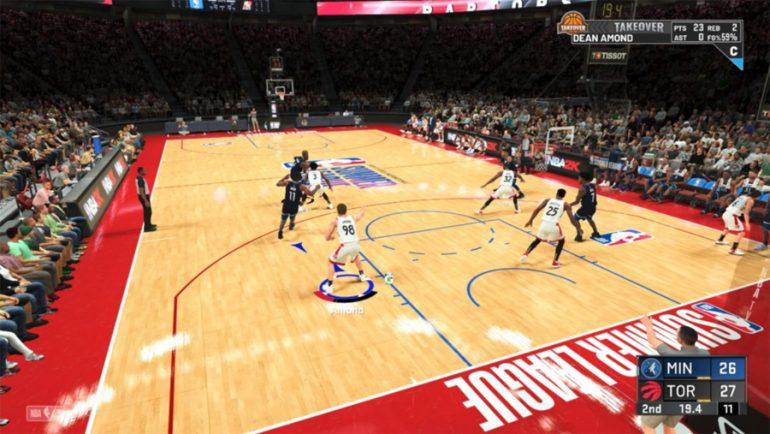 New running animations also add to the beauty of the game as you see players like last year’s cover athlete for the standard edition, Giannis Antetokounmpo, take his long strides to the basket. Player styles and attributes are even more unique than before, bringing NBA stars to life more so than ever before.

Variations in the dribbling system from left hand to right hand all showcase different dribbling moves and skills based on a player’s unique build style. Beating a player off the dribble is a feeling of absolute achievement. The only thing still lacking is on ball defence. The system still feels slightly goofy. I often found that I am either to close to the player or too far, usually resulting in a personal foul or easy buckets for the opposing team.

As mentioned earlier, the inclusion of the WNBA is a big win for NBA 2K20. It’s clear that the developers put a lot of work into adding the league to the game as as it is a great representation of women’s basketball. The new mode has its own dedicated player facial scans, commentary and its own unique player styles and animations.

Beyond the court, however, NBA 2k20 has a few problems.

MyGM was a huge addition a few years back but seems to have fallen flat here. The whole point was to control everything in your NBA season. Unfortunately, going online with this mode breaks down player customisation and basically takes away from the original idea.

MyLeague offline is very similar to last season, with only minor changes to simulation statistics. It’s clear that it wasn’t given the attention it deserves.

Microtransactions continue to plague this the franchise. MyTeam has had a lot of additions and various ways to gain access to new player cards, however, a new gambling style of gaining access to these cards makes no sense to me at all. The grind is so much so, it seems not worth the effort to get access to new cards. Especially since some players are spending real money to buy VC currency to buy cards.

The available game modes aren’t universally a disappointment, however. MyPlayer customisation is a great showcase of the improvements to NBA 2K20. Also, MyCAREER has a very well-written story, “When The Lights Are Brightest”, that is played out by some great actors like Idris Elba and Rozario Dawson. The story follows Che, a college senior on his way to the NBA Draft. Online play has always been a major issue with the franchise and, sadly, NBA 2K20 is no exception. Hopefully one day soon 2K will finally build servers somewhere in Africa to overcome some of the lagging issues.

NBA 2K20 is certainly an improvement on the previous release and its tremendous gameplay. It is an absolutely stunning simulation of the NBA.

NBA 2K20 has added a lot of new touches to the winning formula. The game looks great, plays great and makes you feel like a real NBA player. It's such a shame that microtransactions continue to plague the game though.