A Look Back At Nazis At The Centre Of The Earth There are two words in movies that inspire genuine terror. Freddy Krueger? Jason Voorhees? Kristen Stewart? Nope. Those words are The Asylum, everybody’s “favourite” mockbuster film studio which has continued in the low-budget movie-making tradition of Roger Corman and Troma… although they aren’t really as good. They’re the people behind modern B-movies like Mega Shark versus Giant Octopus and Mega Python vs. Gatoroid. If there’s a big-budget film to rip off, a property that’s in public domain or a creature to be made “mega”, then they’re your guys. Their films are painfully bad exploitation pieces… but if you can get past that then you’ll love them. 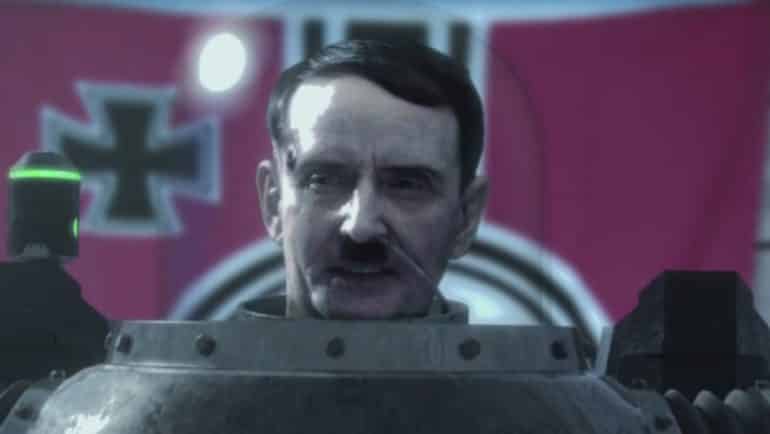 Nazis at the Centre of the Earth focuses on a research team who locate a hidden continent buried underneath the surface of Antarctica. Don’t get your hopes up, folks… it’s populated with Nazis. What, you thought the title was a fake-out? Nope, you get exactly what it says on the cover. Okay, populated may not be the right word, but they’re hardly swarming about. In fact, the place is almost deserted when our team of clueless kids arrive… until it turns out their trusted colleague Jake Busey has set them up, because he’s in league with mad scientist Josef Mengele and the Fourth Reich is running the show.

Every group of madmen needs a leader and it’s none other than the nastiest Nazi of all, Adolf Hitler… or at least his head in a jar. Sorry to contradict those JFK file believers, but it turns out that he wasn’t living in South America for years, but was instead below Antarctica. The Nazis have been busy making UFO superweapons to conquer the world, but they need to perfect a robot body to, um, bring Adolf back. This involves some human experimentation on the visiting kids, and before long RoboHitler is kicking ass and taking names. In a stunning display of his evil power, one of the kids who attempts a, um, slow jog to freedom is chased down by bad CGI RoboHitler in a way that makes ED209 look as graceful as a ballet dancer. 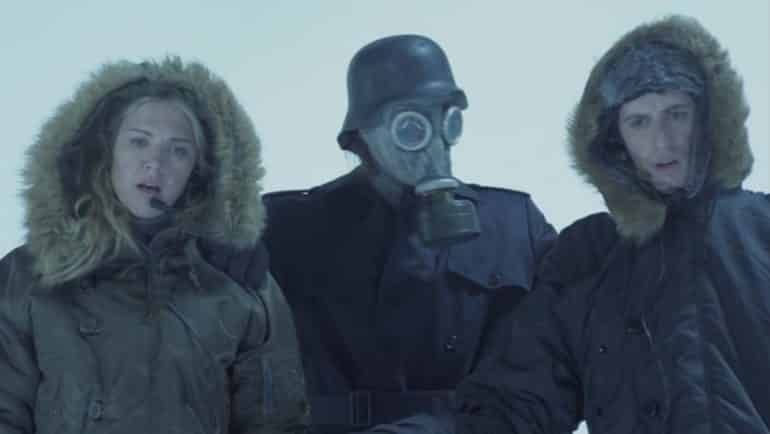 Can our heroes survive and defeat the Nazis? Will RoboHitler and his UFO fleet achieve world domination? How did the Nazis get so many soldiers – apparently thousands, although it only looks like six on screen – when there are no women at the centre of the Earth for them to mingle with? While you can expect some questions to be answered (let’s face it, do you really think RoboHitler is going to win?), your inquisitive mind will be stunned into submission by the stupidity of everything going on and you probably won’t care.

Amazingly, Nazis At The Centre Of The Earth is still possibly the best Asylum film ever made (if you don’t count the SharkNado films), especially in terms of effects. It may look a bit cheap and nasty around the edges, and RoboHitler is mostly laughable because the concept alone is so silly, but it looks pretty good. However, you can’t help but wish that they’d spent some of the effects budget on hiring a few more extras, had sets more engaging than dimly-lit passageways and empty rooms, had hired some slightly better actors that can convey more emotion, and brought in a script doctor to polish things up a bit. 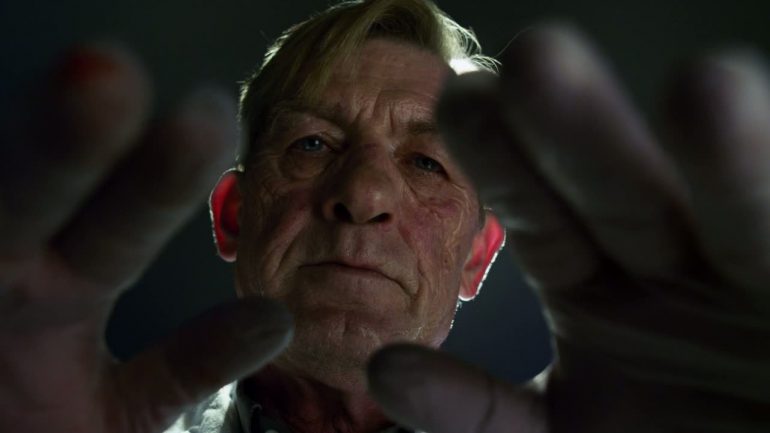 The first half of Nazis At The Centre Of The Earth drags worse than Frank N. Furter at a football stadium. It’s so dull that even Jake Busey’s insanity and massive teeth can’t sustain your interest. The second half picks up spectacularly though and offers nothing but prime cheese which director Joseph Lawson serves up well with the ham acting.

Some have argued that you have to see Nazis At The Centre Of The Earth because it’s such a mental concept and you can barely believe your eyes. Not true. If you’re looking for a good quality film, simply don’t watch it. For that matter, if you’re looking for a film that’s laughably bad then you should avoid it too. It’s too bad to be good, and too good to be bad. However, if you’re looking for a movie that’ll leave you astounded at how bonkers it is, this is it and you’ve got to give it some credit. It’s so stupidly insane that you’re happy it broke out of The Asylum to cause some trouble, making it a guilty pleasure to watch it in action.