My Little Pony: The Movie Review – A Little Less Magic But Still Fun 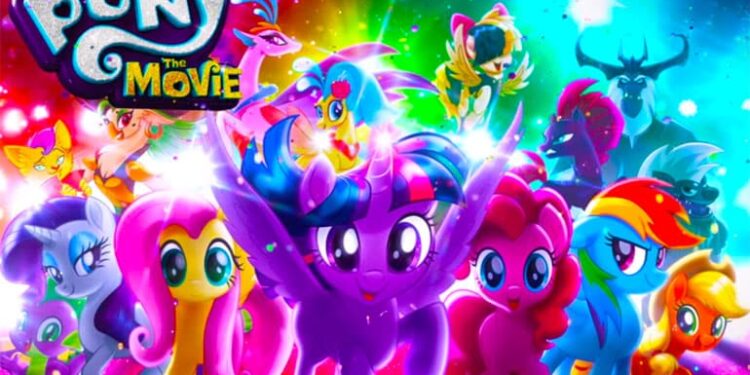 Being a kid of the ’80s, I grew up surrounded by all manner of cartoons that were aimed at selling us the next big line of toys. Having had a little sister in the house meant that my brother and I were kindly required to watch a certain equestrian-themed cartoon which spawned a massive line of equestrian-themed toys. These My Little Pony toys became such a hit that, inevitably, our whole house was filled with tiny little toy ponies.

As an adult, I vowed that never again would my home be consumed by these four-legged pastel coloured creatures. Boy, was I in for a shock. Fast forward a few years later and our home is filled to the brim with them. Now, while I don’t consider myself a My Little Pony expert, I’ve sat through more than a few episodes of the newly revived cartoon and I have a fair understanding of what the hit series is all about. While it might sound strange, I’ve come to enjoy our time watching the show together as a family. With the release of the My Little Pony: The Movie, I once again donned my Twilight Sparkle T-shirt (which the girls got me) and headed off to the cinema, ready to experience the new movie with the kids.

The My Little Pony: The Movie starts off with Twilight Sparkle, who is now the princess of friendship, stressing out about hosting a friendship festival. While everything looks bright and cheerful, it doesn’t take long for the movie’s villain, Tempest Shadow, voiced by Emily Blunt, to thrash the festival and capture the other three princesses for her boss, the evil Storm King, who is voiced by Liev Schreiber. Twilight Sparkle, along with her five pony friends (Pinkie Pie, Rainbow Dash, Applejack, Rarity, Fluttershy) and Spike the Dragon, barely escape capture and find themselves on a quest to seek out the aid of the Hippogriffs, meeting new friends such as pirate captain Celaeno, voiced by Zoe Saldana, and the smooth con artist Capper, voiced by Taye Diggs, along the way.

Twilight Sparkle and her friends must learn to deal with their fears and realise that their true power lies in their friendship. Basically, it’s a narrative that those who are familiar with the show will immediately recognise. This is by no means a negative thing as I appreciate that the movie stuck to the essence of what made the cartoon so popular. Unfortunately, a lot of this message is lost towards the climax as the ponies find themselves having to fight through the Storm King’s army. This more physical/violent approach feels a bit out of place in a series that has prided itself on the message that everybody needs a hug every now and then, even the bad guys. It doesn’t completely spoil the film but does seem glaringly out of place.

Without spoiling too much, I would have also preferred if the movie spent a bit more time focusing on Twilight Shadow’s rejection by the other ponies instead of it being shoehorned in at the last moment. Exploring this aspect could have made for a powerful moment in the film.

Although the movie has a similar hand-drawn visual style to the cartoon series, there are some visible improvements. The hand-drawn animation is enhanced by some very conservative CGI and 3D effects, which helps to add more detail to the both the ponies and the various environments they find themselves in. There are also some gorgeous underwater animated sequences towards the end of the movie.

No pony movie/cartoon would be complete without some foot (hoof?) tapping musical numbers. Unfortunately, while the songs that feature in the My Little Pony: The Movie aren’t terrible, they tend to be mostly forgettable. Even the Sia song struggled to stand out from the mundanity.

In the end, both my daughters (and myself) walked out of the cinema with a smile on our faces. Sure, My Little Pony: The Movie isn’t aimed at adults and doesn’t feature some life-changing truth, but the movie manages to capture the essences of the cartoon, for the most part. While the film might not convert those who haven’t fallen in love with the My Little Pony franchise, those that enjoy the cartoon will have a fun time watching the film. Most importantly, it will encourage your kids to buy more pony related stuff, which my empty wallet can attest to. Now excuse me while I go get that glowing Twilight Sparkle pony (batteries not included) my daughters wanted. 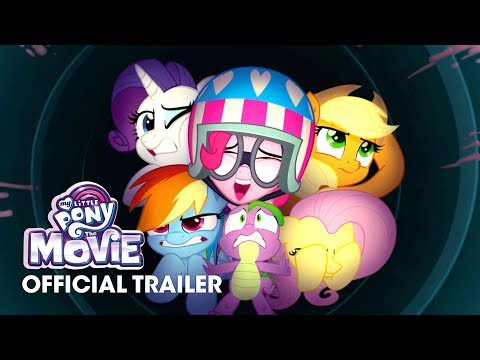