Last Friday, on the 20th of November, Star Wars fans from across the mother city gathered for the launch of the highly anticipated Star Wars Battlefront. The event took place at the Mweb Mcave in Cape Town. Excitement levels were at an all time high with sponsors such as Gigabyte and event retail partner Loot.co.za handing out amazing prizes worth over R20 000. 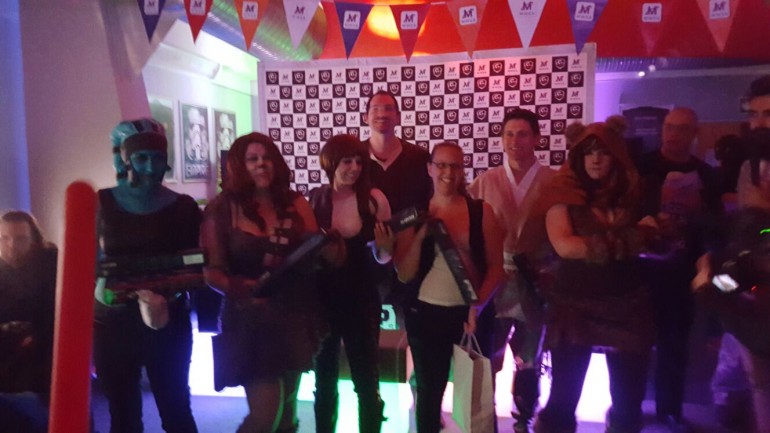 As attendees arrived, we were directed towards the Mcave and handed goodie bags filled with some awesome stuff. The loud sound of the imperial march played as we entered the cave. Star Wars posters and bright colours lit up the room. PC and Xbox one stations were set up with Star Wars Battlefront loaded and ready for action. Gigabyte had a mouth-watering display of hardware, which included their new Gigabyte Xtreme GTX 980 and the BenQ curved gaming monitor. Online retailer Loot.co.za also had a stand on display where they sold Star Wars and other gaming items at a discounted price. Attendees were also gifted with free food, Castle Light Lime and other soft drinks.

Desmond “Darth Vader” Kurz opened the show with a little introduction and then handed over to the MC of the evening, Mr Gareth Woods, who then directed attendees on the different sections of the venue and what was happening in these sections. The mystery box giveaways and how to gain multiple entries were explained carefully. Basically, in order to gain multiple entries, attendees would have to participate in the three different sections that included Storm trooper Training (Shooting a Nerf Gun at Targets), Kinect Star Wars (Dancing) and survival mode on Star Wars Battlefront. Before attendees were set loose, we were told that through the night the sound of the imperial march would play signalling the start of the #GigabyteStarWars competition where by attendees would tweet a quote with the #GigabyteStarWars tag and stand a chance to win some cool stuff. 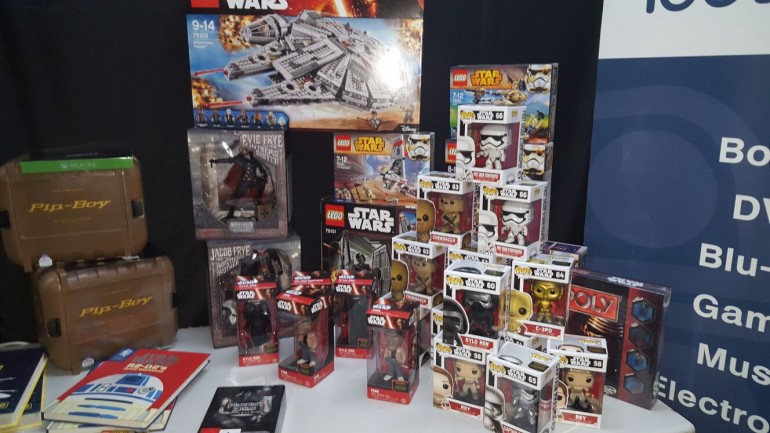 At the end of the event prize giving for the mystery box competition began. Six Lucky fans walked away with amazing prizes that included a Gigabyte graphics card worth around R8 000, a BenQ gaming screen worth over R7 500 and a few other mind-blowing prizes. Overall, the event was well mastered, thanks to Desmond Kurz, ZombieGamer and the rest of the awesome Mweb team. Also, a big thanks to Gigabyte and Loot.co.za for the amazing prizes. Long live Mweb GameZone and may the force always be with you!