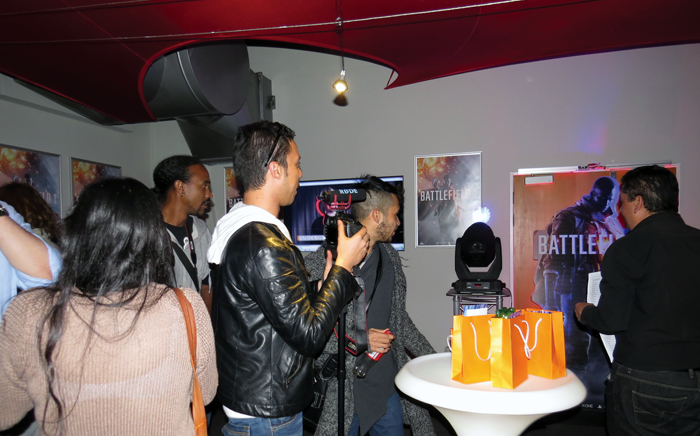 Last Friday, on the 21st of October 2016, MWEB held a launch party for the much anticipated Battlefield 1. Developed by EA DICE, Battlefield 1 is the most recent release from the franchise. 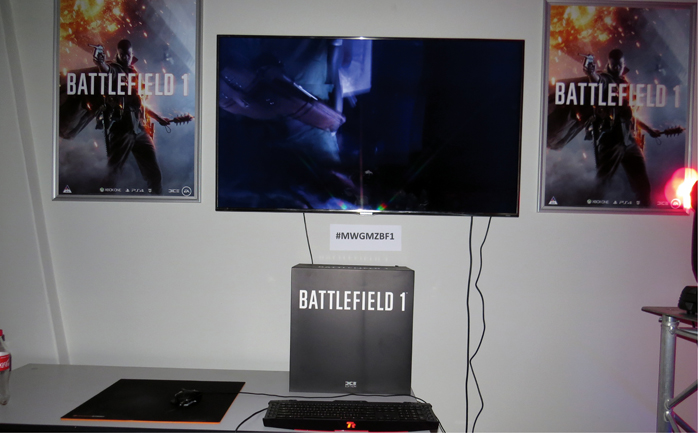 The launch event was held at MWEB MCave at their offices located in Cape Town. 59 lucky winners got their tickets by entering a twitter competition. As usual, all the combatants were greeted with goody bags that had a few little gifts – one of which was a MWEB branded 2GB USB flash drive. 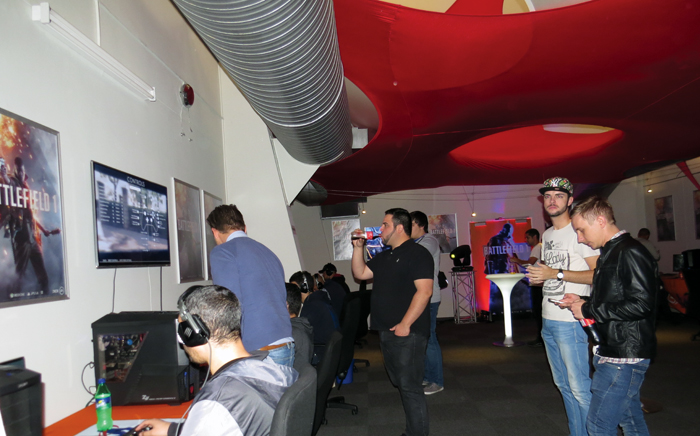 Upon entering the MCave we were greeted by the MWEB team and briefed on the evening’s events. After a short introduction, we were told that we could enjoy some free snacks and drinks that would be followed by pizza late that evening! With our tummies full and hearts happy we moved on to the Battlefield. Beautiful PCs and Battlefield posters filled the room. Combatants went straight into the action. Thankfully, the wait was not long to swap between players as there were many PCs set up. 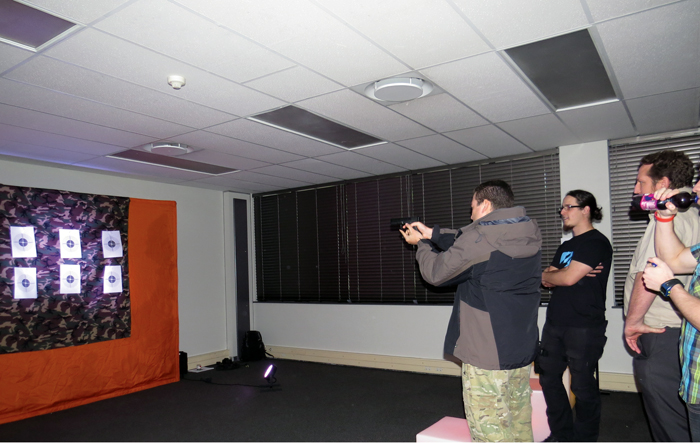 That was not the only action attendees were graced with. The MWEB team had also set up a small shooting range with printed A4 targets and a decent BB gun. Each shooter had 5 shots to get the best score out of 60. Some folks should just stick to games because a few of the MWEB boys almost lost an eye that evening. After an hour or two of solid online play, I was highly impressed by the game and its mechanics. Everyone else seemed to be caught deep in the game when it was their chance, so I can assume we all enjoyed the evening. 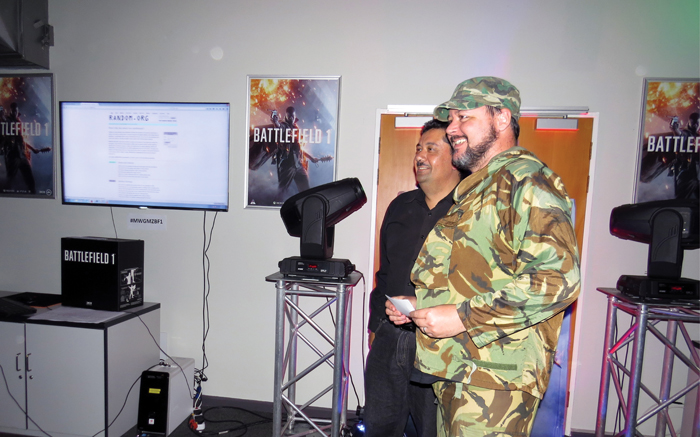 Towards the end of the night just before combatants took a pizza break, online vouchers sponsored by RARU were up for grabs, and that is when the Twitter wars began. A few lucky folks won some vouchers – that they hopefully used to help buy Battlefield 1. The attendees with the highest shooting scores from the shooting range were also gifted with a few vouchers. The only attendee to bring out his cosplay “WAR-Drobes” was also given a RARU voucher. 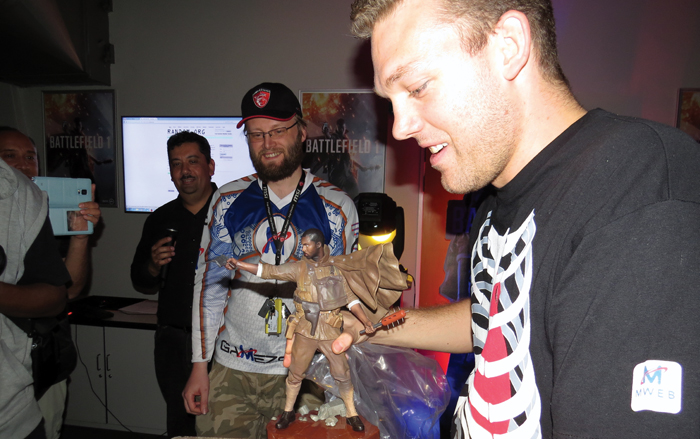 The main prize was sponsored by EA, some lucky attendee won a Battlefield 1 Action Figure that also came with a few more items such as Battlefield 1 DLC codes. The event was well organized and as usual, I would like to thank MWEB for bringing gamers together.