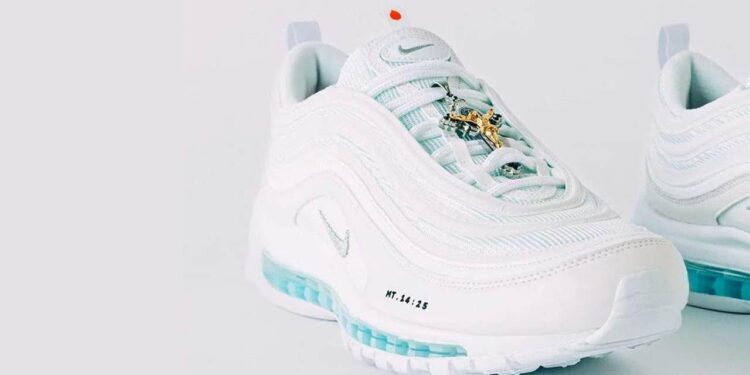 Most of the leading sneaker brands have dropped standout collaborations with other leading fashion houses. And while these official collabs create quite a buzz on the odd occasion, sometimes fetching fairly substantial resale prices in the secondhand market. That said, it’s often the unofficial customisations that tend to turn heads with designs that are less restrictive than officially sanctions collabs. One such standout which has been making a buzz around the sneaker world is the customised Nike Air Max 97 “Jesus Shoe” created by Brooklyn-based brand, MSCHF. 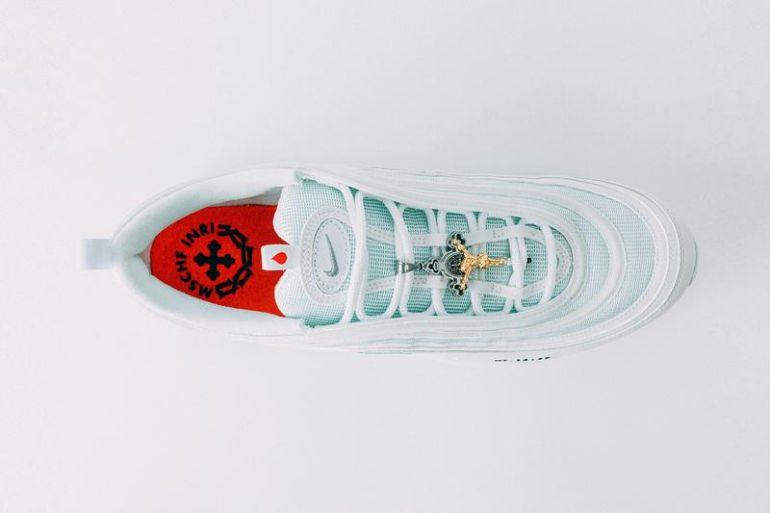 At first glance, there isn’t much amiss about the all-white Nike Air Max 97, also known as the MSCHF x INRI “Jesus Shoe. That’s until you take a closer look. Not satisfied with the simple ‘air bubble’ approach from the classic design, the team has created a customised midsole, injected with 60cc of ‘holy water’ directly sourced from the Jordan River in Israel, which was then blessed by a priest. The aim here is to give the sneakers the illusion of “walking on water” as Jesus did. The injected water can be seen through the sole, which has been enhanced by means of a blueish dye for better visibility.

The rest of the shoe also isn’t standard with quite a few customised design elements. The design features the inscription of a Bible verse, MT 14:25 (Matthew 14:25), which speaks of the moment Jesus walks on water to meet up with the disciples. Other symbols include the red dot just above the tongue to symbolise the blood of Jesus, along with a crucifix attached to the laces. To drive home the theme, the insoles have been scented in frankincense.

Interestingly, the inspiration behind the team’s design came about as a discussion about how ridiculous some recent collabs have been, with some unorthodox pairings, such as the Arizona Iced Tea and adidas. As a result, the team wanted to create a sneaker which made an absurdly bold statement, imagining what a collaboration with Jesus would be like.

The MSCHF x INRI “Jesus Shoe” is extremely rare, with brand founder Gabriel Whaley only having sanctioned 12 pairs. This also makes the shoes quite pricey, which was sold at $3,000 when it went on sale through the store. While the inspiration and design seem rather unnecessary and over-the-top, it seems that there is still a market for such, as they were immediately sold out. The team sent six pairs to various YouTubers and celebs, including the below to Unbox Therapy, as well as well-known rapper A$AP Rocky, to ensure publicity for the limited edition sneakers before it went on sale. 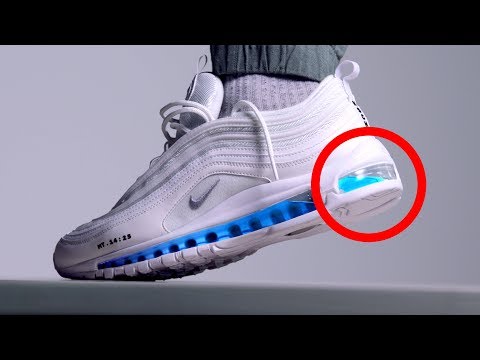 While the sneakers are currently still sold out, MSCHF announced that they would be adding future drops twice a month. While it wasn’t specific to the MSCHF x INRI “Jesus Shoe” the team have hinted that more would be made and released soon. 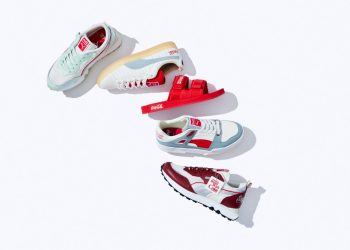 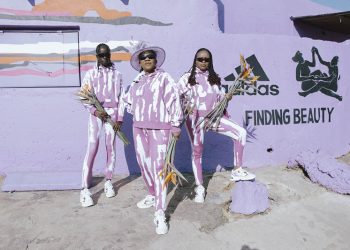 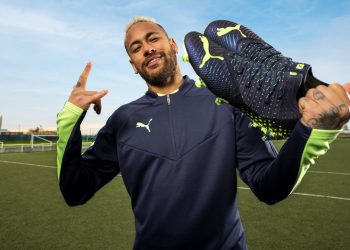