Mowgli: Legend Of The Jungle Review – Dark But Gripping 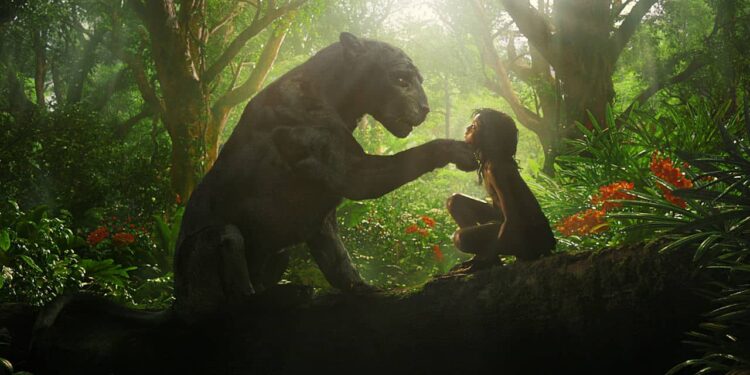 We’ve been inundated with live-action adaptations of films in the last two to three years. These adaptations have been sourced mostly through previously-released animated features, with one or two adapted directly from books. While most of these features have been met with mixed reviews and harsh criticisms, I’ve always tried to keep an open mind until I managed to watch them myself. Unlike most, I was looking forward to Mowgli: Legend of the Jungle.

Yes, we may have already seen a live-action (technically just photo-realism) version in the form of Jon Favreau’s The Jungle Book in 2016, but with Andy Serkis’ seemingly set out to be a lot darker and “more realistic”, I was expecting something a lot less upbeat, grittier and with a lot more suspense.

We are all well-familiar with the story of the feral kid, Mowgli, who lost his parents as a baby and subsequently left at the foot of the wolves’ cave by the black panther that found him alone in the jungle. Then we have those who can name each of the characters from the story, myself included, as we recall great memories of watching the animated film as a youngster. As with all movies I grew up with as a kid, I’ve always been fascinated by more realistic versions of the same story and how it would unfold. While Mowgli’s story may be very loosely based on the real-life story of a kid raised in the jungles of India more than 120 years ago, we’re still required to suspend our disbelief to fully enjoy the story, even with a more realistic approach.

The challenges [Mowgli] has to undertake just to survive are quite immense and not something we’ve seen in any of the other films before it.

Right off the bat, we’re faced with the ultimate horror of the difficulties experienced when humans and animals compete for territory, especially in remote and rural villages where weapons aren’t as easy to come by. The story may start off fairly standard in terms of what unfolds, but the attack by the ferocious tiger, Shere Khan, on the humans is quite violent, without it having to show any of the gory details on screen. It is then that Bagheera finds Mowgli abandoned in the jungle, after his parents were attacked and killed. The story then takes us through the journey of Mowgli growing up as a largely unwanted wolf cub, where he has to compete against the rest of the pack’s youngsters to earn his place. The challenges he has to undertake just to survive are quite immense and not something we’ve seen in any of the other films before it. It’s extremely brutal and even sadder after he is cast out by the wolves for failing to pass the test.

The first half of the film’s runtime sets itself up to tell this side of the story, that it wasn’t all fun and games for the man-cub. The second half of the film kicks off as Mowgli finds himself living among the other humans and slowly begins to grow accustomed to their ways of life, however strange it may be for him. But after discovering the true nature of man, he’s again left with a feeling that he doesn’t quite belong. Not quite human, not quite a wolf. It’s up to him to change his future going forward as he attempts to reclaim his place in the jungle.

Gone are the cute and cuddly animals we can mistake for being harmless and friendly, which is instead replaced by hardened characters…

Gone are the cute and cuddly animals we can mistake for being harmless and friendly, which is instead replaced by hardened characters, both in terms of their overall attitudes as well as the literal scars they’ve picked up over the years battling the elements. There’s a scene in the film where Bagheera and Baloo are arguing, which breaks out into a fight, as animals do, which becomes quite fierce and loud.

In addition to all the violence, the film is also very emotional. Mowgli has to deal with some harsh truths along his journey, fighting among his wolf pack, his guardians, his best friend, Boots, as well as the humans who lock him up after his first encounter with the villages.

Interestingly, I feel that Mowgli is right at home on Netflix’s platform and all the better for it. There’s been a lot more marketing surrounding the film compared to many other Netflix titles, something similar to that of a film screened in theatres. This gives the film a bigger audience, in my opinion, as many would have shied away from watching it in theatres.

There’s a lot to love about the retelling of the story of Mowgli.

The film started production some three years back, with most of the filming completed in Kwazulu Natal, South Africa, which provided the great backdrop of the film. There’s a good mix between real foliage and CGI, which, at times, actually outshines any of the characters on screen.

There’s a lot to love about the retelling of the story of Mowgli. We’ve seen it quite a few times over our lifetime, but I would argue that Mowgli: Legend Of The Jungle is the most accurate telling of the original work of fiction written by Rudyard Kipling and published in 1894. Personally, I feel that this makes the film far more compelling than anything done previously, and as good as the 2016 version was. There are other issues of contention among fans, such as the CGI in the film, which I felt wasn’t as bad, as well as the look of each of the animals, as they appeared wild, bordering on mange. The only real issue I had with any of it was the look of Baloo and the hyena. For the most part, however, I didn’t mind any of it, as it all adds to the realness of the wild. 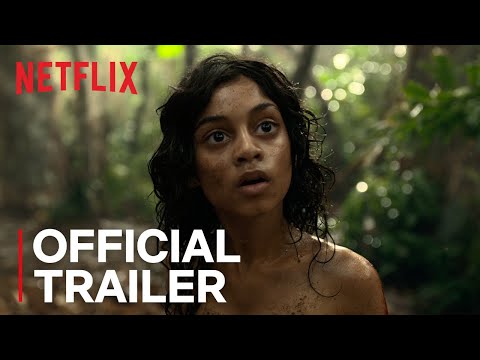 Mowgli: Legend Of The Jungle

Andy Serkis' take on The Jungle Book story is far more realistic than anything we've seen previously, showing a lot more grit and raw emotion, along with how wild animals can be at times. The story differs slightly from the book and some of the previous films, but the difference makes it even more unique and all the better for it.