Movie Crossovers: 10 Comic Book Films That Should Have Been 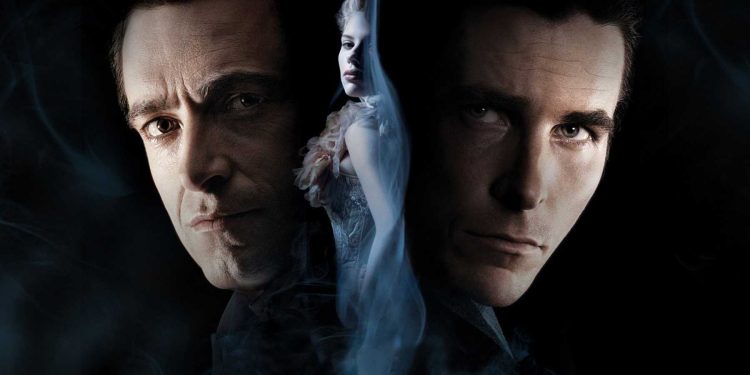 You know how it is. You’re watching Ghost Rider and suddenly you wonder why General “Thunderbolt” Ross is taking a break from chasing the Hulk and is now calling himself The Caretaker.

The next thing you know, Ross has weird powers and rides a flaming horse. Or how about in Ghost Rider 2, when Heimdall takes a time out from being Thor’s friend to become an ally for Ghost Rider instead, only now he has a French accent?

Sure, it’s just one of those weird casting things. Comic book fans are used to knowing Chris Evans as both the Human Torch and Captain America, Ryan Reynolds as Green Lantern, Deadpool and that guy from R.I.P.D., and Ben Affleck being Daredevil and Batman.

But what if some of those actors took their characters into other movies? What kind of blockbuster crossovers would this have led to?

Or maybe they already did it, and we just didn’t notice… You may know this Jaws-like action movie, but this could have been one of those massive Marvel crossovers.

Nick Fury visits a research laboratory where Dr Erik Selvig is doing research on the brains of sharks. Running this operation is SHIELD Agent Victoria Hand, who is determined to prove to Fury that their serum to stop Alzheimer’s disease is a success. Is this the origin of their TAHITI project?

When things go wrong, it’s up to Frank Castle, the Punisher himself, to try and save the day. Before the Suicide Squad, this comedy takes two of DC’s biggest Batman foes and sends them on a road trip. Through some weird genetic experiment, it turns out that The Penguin and Mister Freeze are long-lost twins. Oswald Cobblepot is the born loser even though he’s a scheming criminal mastermind, Victor Fries is his smarter and more cultured brother who can lift a car while explaining scientific formulas for bringing about an ice age. Say what you like, it makes more sense for Freeze to team up with Penguin than Poison Ivy. It’s the horror film that could have been a company crossover laugh-riot. When Deadpool is looking for a new home to call his Deadhut, he finds the Amityville house where a madman “heard voices in his head” and killed his own family years before. Since that sounds like the perfect place for Deadpool to kick back and unwind, he buys it and moves in along with a family he conned into joining him. What he doesn’t know is that one of the kids moving in with him is Hit-Girl, who’s finally given up on Kick-Ass. The sparks fly as they battle each other and the evil which inhabits the house. What did two of Marvel’s fan-favourites do before they became the heroes we know them as? They cheated on their SAT exams. The Human Torch is failing high school and at this rate, even if he graduates and gets into the air force, he’s so dumb he’d crash a flight simulator. The Black Widow wants to graduate too or else she’ll never get into SHIELD, even with her Red Room training from her time in Russia. Together they organise a heist to get the test answers they so desperately need… The Adventures of Priscilla – Queen of the Desert

It’s another one of those inter-company crossovers and this time it starts with two Marvel villains on the road. The Red Skull and AIM’s Aldrich Killian try to evade pesky SHIELD agents by dressing in drag and riding a bus across Australia. With their new ally General Zod, they learn from each other before embarking on their new plans for global domination. They also lip-synch to ABBA a lot and seem to enjoy wearing women’s clothing. Before Joel Schumacher ruined the Batman franchise, some of Batman’s backstory was covered that we never even knew existed – and it was funny! In his younger days before Batman Forever, Bruce Wayne went on a tour of East Germany and became a part of the resistance against the fascists. Their ultimate goal is to rescue Alfred Pennyworth from Flurgendorf prison while unmasking a traitor in their midst. It’s the Batman comedy you always wanted but were too afraid to ask for. Not to be confused with the sequel Mo’ Miserables, this musical crossover features Wolverine Wolverjean trying to redeem himself and escape from his mysterious and terrible past. Despite becoming a mayor and a legitimate businessman, Wolverine is still hunted by the strange Kryptonian scientist/lawman Jor-El Javert. In typical Wolverine fashion, he feels guilty about the death of a young woman who’d turned to a life of prostitution. Thankfully she used up one of her nine lives and became Catwoman. It’s as bad as it sounds. Prequel biographical comedy-dramas were never this action-packed! Tony Stark is back, but this time he’s old and dying. In a mystical land that may just be Asgard, he tells the story of his life to Odin. In the ultimate symbol of Stark arrogance (and having learned his lesson from telling Banner his boring story in Iron Man 3), he lies to the Allfather and spins a tale of being a poverty-stricken child who went on to achieve greatness, only to be persecuted by the US government (mirroring the events of Iron Man 2). Ultimately the public comes to accept him again and he wins an award, tying into the award ceremony at the start of the first Iron Man film. We know Wolverine has had an interesting and varied life, but he’s about to meet his match in Batman. In a game of one-upsmanship the two square off in a game of sleight-of-hand magic, scientific wizardry and trickery. Batman goes on trial for the murder of Wolverine, but did he do it? Fans know the truth – Wolvie seems to die over and over but always comes back, while Batman dies just once… or does he? In a piece of cunning strategy, the dark knight’s trusted ally Alfred infiltrates Wolverine’s life and betrays him, ensuring victory for the caped crusader. Even Black Widow can’t save Logan this time. Marvel vs. DC for bragging rights. Dr Bruce Banner is struggling to control the rage within, as always. Except his destructive alter-ego keeps coming out and organising Fight Club and, by the end of the film, it will lead to the destruction of the city. Yet throughout this, he encourages others to let their inner rage out. Enter the Joker, who really deserves a beatdown. Without even transforming, Banner beats the tar out of the clown prince of crime in one of the most satisfying scenes of the whole movie. As he put it, “I felt like destroying something beautiful.”

Got any other ideas for interesting crossovers? Let us know in the comments below.