Movies Geeks Can Look Forward To In 2016 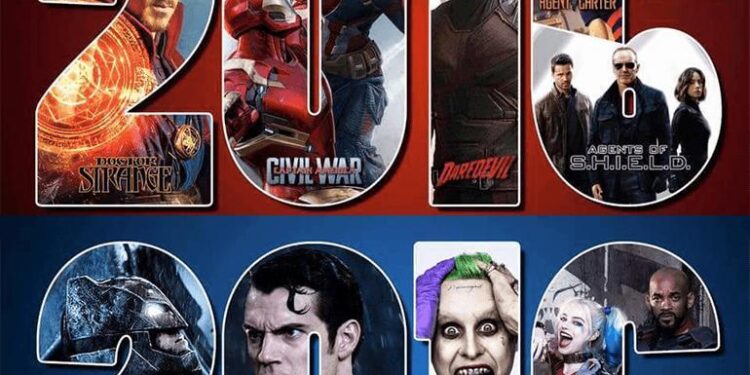 Start saving your pennies. 2016 is going to be one heck of a year for moviegoers.

Here are a few of the many great movies you can look forward to and every geek has to see. Between these great movies and the awesome TV shows being released, goodluck having a social life this year!

Four waves of increasingly deadly alien attacks have left most of Earth decimated. Cassie is on the run, desperately trying to save her younger brother. Starring Chloë Grace Moretz

Based upon Marvel Comics’ most unconventional anti-hero, DEADPOOL tells the origin story of former Special Forces operative turned mercenary Wade Wilson, who after being subjected to a rogue experiment that leaves him with accelerated healing powers, adopts the alter ego Deadpool. Armed with his new abilities and a dark, twisted sense of humor, Deadpool hunts down the man who nearly destroyed his life.

Ben Stiller is back as Derek Zoolander in the new Zoolander 2.

A story of lost love, young love, a legendary sword and one last opportunity at redemption.

In a city of anthropomorphic animals, a fugitive fox con artist and a rookie rabbit cop must work together to uncover a conspiracy. Idris Elba, J.K. Simmons, Jason Bateman

In the sci-fi thriller “Midnight Special,” writer/director Jeff Nichols proves again that he is one of the most compelling storytellers of our time, as a father (Michael Shannon), goes on the run to protect his young son, Alton (Jaeden Lieberher), and uncover the truth behind the boy’s special powers.

What starts as a race from religious extremists and local law enforcement quickly escalates to a nationwide manhunt involving the highest levels of the Federal Government. Ultimately his father risks everything to protect Alton and help fulfill a destiny that could change the world forever, in this genre–defying film as supernatural as it is intimately human.

Fearing the actions of a god-like Super Hero left unchecked, Gotham City’s own formidable, forceful vigilante takes on Metropolis’ most revered, modern-day savior, while the world wrestles with what sort of hero it really needs. And with Batman and Superman at war with one another, a new threat quickly arises, putting mankind in greater danger than it’s ever known before.

An orphan boy is raised in the jungle with the help of a pack of wolves, a bear, and a black panther.

The fantastical world of Snow White and the Huntsman expands to reveal how the fates of The Huntsman Eric and Queen Ravenna are deeply and dangerously intertwined. Chris Hemsworth and Oscar® winner Charlize Theron return to their roles in The Huntsman Winter’s War, an epic action-adventure in which they are joined by Emily Blunt and Jessica Chastain, as well as director Cedric Nicolas-Troyan. Producer Joe Roth (Maleficent, Alice in Wonderland) once again leads the team in a breathtaking new tale nested in the legendary saga.

An incident leads to the Avengers developing a schism over how to deal with situations, which escalates into an open fight between allies Iron Man and Captain America.

Teenage Mutant Ninja Turtles: Out of the Shadows (June 3rd)

The Turtles return to save the city from a dangerous threat.

The film portrays the origin story of the initial encounters between the humans and the orcs, with an emphasis upon both the Alliance’s and Horde’s sides of their conflict. Featuring characters such as Durotan and Lothar, the film will take place in a variety of locations established in the video game series.

The friendly-but-forgetful blue tang fish reunites with her loved ones, and everyone learns a few things about the true meaning of family along the way.

Decades after original ID4 alien attack, Earth is threatened with a new extra-terrestrial threat, but will the planet’s installed space defenses be enough? The plot is unknown at this time.

The further adventures of James T. Kirk (Chris Pine), Spock (Zachary Quinto) and the rest of the Enterprise crew.

After his career is destroyed, a brilliant but arrogant surgeon gets a new lease on life when a sorcerer takes him under his wing and trains him to defend the world against evil.

Fantastic Beasts and Where to Find Them (November 18th)

The adventures of writer Newt Scamander in New York’s secret community of witches and wizards seventy years before Harry Potter reads his book in school. Rebels set out on a mission to steal the plans for the Death Star. When Callum Lynch (Michael Fassbender) explores the memories of his ancestor Aguilar and gains the skills of a Master Assassin, he discovers he is a descendant of the secret Assassins society.

A spacecraft traveling to a distant colony planet and transporting thousands of people has a malfunction in one of its sleep chambers. As a result, a single passenger is awakened 60 years early. Faced with the prospect of growing old and dying alone, he eventually decides to wake up a second passenger. Starring Jennifer Lawrence, Chris Pratt, Michael Sheen, Laurence Fishburne

The Conjuring 2: The Enfield Poltergeist (June 10)