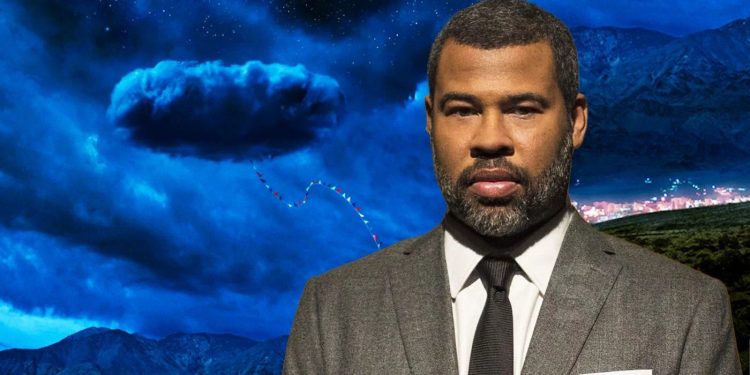 A lot of movies have been released this year and many more are in the pipeline. As a movie enthusiast, you are continually looking forward to new releases. No matter the genre, spending quality time watching movies can help you gain insights into things you never knew, as well as have fun. In this article, we cover the ten (10) most prominent movie-related news of 2022.

The Absence of Chadwick and the Black Panther Sequel

When news broke out in 2020 that Chadwick Boseman died of colon cancer, the entire Black Panther lovers were thrown into grief. He was such a hero, bearing his pains while working so hard to give us Black Panther. With his death, it becomes a challenge to make a sequel to Black Panther. But for director Ryan Coogler, Black Panther must continue. While the movie lovers are wondering how he would pull this off, feelers are pointing to the focus of the sequel on Shuri, played by Letitia Wright. She had played the role of a sister to Chadwick Panther in the movie debut.

However, the opening of Black Panther: Wakanda Forever will be delayed a bit, as production was held off until early this year following the injuries sustained by Letitia Wright (Shuri) during filming. It is muted that the sequel will be opened on November 11, 2022. This time, the focus will shift from Chadwick to Shuri, highlighting deeper explorations of the different cultures in Wakanda.

Johnny Knoxville and his band of dumbass jokers are back again with another thriller, Jackass Forever. They have been at this for over 20 years and it appears they are getting all the fun they can out of the franchise. Johnny Knoxville, Chris Pontius, Sean Mclnerney, Wee Man, Steve-O and Ehren Mclnerney are set to give us a dose of unending laughter. We can’t anticipate anything less from a movie that observers have given the high-five. From outrageous pranks to daredevil stunts, these guys are not stopping anytime soon to give us that dumbass joy.

Dwayne Johnson, better known as “The Rock” during his wrestling career in the WWE is no new face in the Hollywood industry. He has starred in a number of movies, especially fast-paced action movies like Fast and Furious. But there is another side of Dwayne that has been hiding for a long time and it is now time to bring it forth. He hinted at having kept this one of his best-kept secrets for over a decade, but what good is a best-kept secret when it can make a thrilled?

And a thriller it is going to be as Dwayne Johnson makes a debut as a villain in Black Adam. In the movie, he is on the dark side of revenge, open to attacking and if possible, maiming those who get in his way or tries to harm his loved ones. Black Adam is coming to our screens on October 21, 2022.

This is a “daredevil movie” that is creating a scenario that we never wanted to be in, but which we are going to see quite alright. Jurassic World: Dominion is proposing the inter-living of humans and dinosaurs. Can you beat that? No, you can’t! We are going to live with dinosaurs, with the animals fearful of humans and humans being respectful around the animals. Originals casts like Laura Dern, Chris Pratt, Sam Neill and Bryce Dallas Howard are making a return. A new face, Jeff Goldblum is joining them this time.

The Card Counter is a 2021-movie centred on the gambling traits of Oscar Isaac, an imaginary name for a fantastic gambler who takes delight in trying to take back the control of his life after the past experiences he has had. However, he does this with lots of emotions, ranging from humour and pain. If you have always wanted to understand the dynamics of gambling and see through the eyes of a professional punter, this movie will put you through how to be cautious and ambitious at the same time. If you want to be more involved in the movie, consider signing up at online casinos, especially one that offers bonuses to new players. Or you can play free UK slots to feel better the atmosphere of the movie and pay nothing for it.

Jordan Peele Is Coming with Something New in Nope

If you have followed Jordan Peele for some time now, you know that he has featured in two prominent movies: Us and Get Out. He is coming for the third feature with Nope and honestly, we don’t know what he’s got up his sleeve – but we hope it’s something good.

The movie appears to have that “sci-fi” touch, at least, the trailer makes us think so. But we are keeping our fingers crossed and waiting for the movie to start showing in cinemas from July 22, 2022.

Getting married is such a beautiful feeling, especially when you are married to your friend. But things can turn around so fast and you both would be at loggerheads. This is what we expect from Deep Water, released on March 18, 2022.

This movie is literally “taken out of a book” as it is based on Patricia Highsmith’s eponymous novel titled “Strangers on a Train” by Patricia Highsmith. Wondering what played out in the movie? Well, the couple started having issues and would later resort to outsmarting the other. Mind games followed with series of dangerous acts that lead to murder.

The Unbearable Wealth of Massive Talent

This comic movie is one of the best you can see this year. It is not only comic but also has a twist that introduces crime into the mix. The storyline runs along the lines of a careerman, Nicholas Cage who is almost going out of style – his career is taking a nosedive.

Then, out of the blues, he receives a $1 million offer just to be present at the birthday of a fan of his – who by the way, has enough dough to throw around. So, Nicholas accepts and somehow, he and his fan, Pedro Pascal (Javi Gutierrez).

But that was to be short-lived as the Central Investigation Agency (CIA) guys show up and solicit Nicholas’ help to bring his friend, Pedro to justice over the crimes he committed. Will Nicholas agree to this or not? Find out in The Unbelievable Wealth of Passive Talent.

What happens when an assassin is trying to quit the game and go legal? But out of the blues, he gets an offer to jump on a “bullet train” to collect a briefcase? Will he get his body ripped open with slugs from the bullets of other assassins on the train looking to get the same briefcase or will he outsmart them and beat them to it? Find out in Bullet Train as it hits the cinemas on July 29, 2022.

Avatar: The Way of Water

Avatar is coming back to the screens and this time, new casts (Edie Falco, Kate Winslet and Michelle Yeoh) are joining Zoe Saldana and Sam Worthington. In previous casts, Sam and Zoe have a family in Pandora but they would soon start a quest for a new home as new inhabitants (enemies) force them to leave.

Besides Avatar, there are also other movies, people are waiting for. Here is a short information on what these films are and when we can be happy to watch them:

There are great movies releasing later in the year but the ones on the list are the most anticipated. We hope you take the time to see them and get involved in every story to feel better excitement.