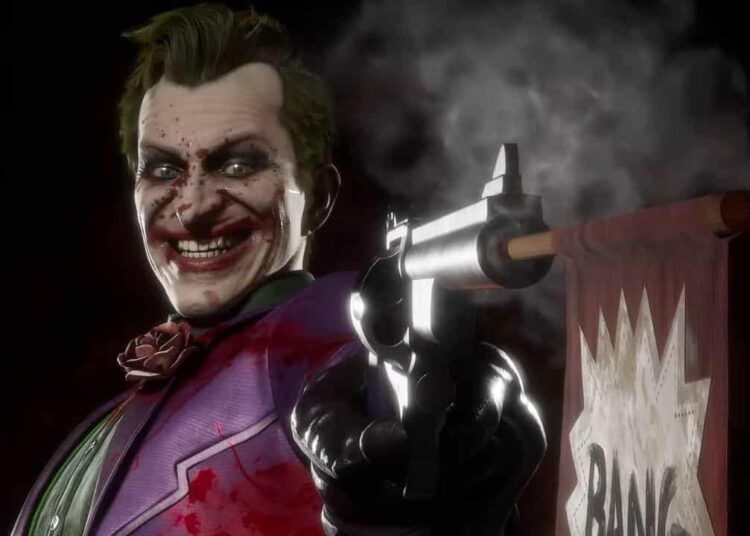 Mortal Kombat developers Netherrealm Studios has released the first gameplay trailer for Mortal Kombat 11 DLC guest character Joker, and boy is there a lot to unpack.

The infamous comic book character has previously appeared in Injustice 1 and Injustice 2, but failed to truly excite fans as the game reigns in the violence. It was always felt that the Joker was too tame, but being a guest character in Mortal Kombat 11 has definitely brought the character back to life.

The trailer opens with the Clown Prince of Crime slicing his own finger and then drawing on the bright red grin onto his face in blood.

His fighting style is more aggressive and violent than his Injustice version too. He seems to be a proper rush down character, making use of close-range attacks with his cane. He’s also seen using a gun at close range. Joker also has other attacks with what seems to be a person in a wheelchair and another blindfolded person strapped with a bomb (yikes).

But the character, of course, does have some more comedic elements, using extender-boxing-arms and jack-in-the-box bombs as part of his arsenal. His fatal blow involves heavy use of knives, including cutting the opponent across the mouth in a smile shape — a nod to Heath Ledger’s “Do you wanna know how I got these scars?” line from The Dark Knight.

And it wouldn’t be the Joker without a little trolling, as is seen in his fatality at the end of the trailer. Mortal Kombat fans have long asked for the return of “Friendships” – a less violent alternative to ending the match compared to fatalities and brutalities. He passes the victim a cake, while a banner reading “Friendship” hangs in the background. The cake then explodes, launching the victim into the air, before the Joker unleashes a hail of bullets. The fatality ends with a thud as the banner, now reading “fatality” falls, splits the victim in half. Ouch. 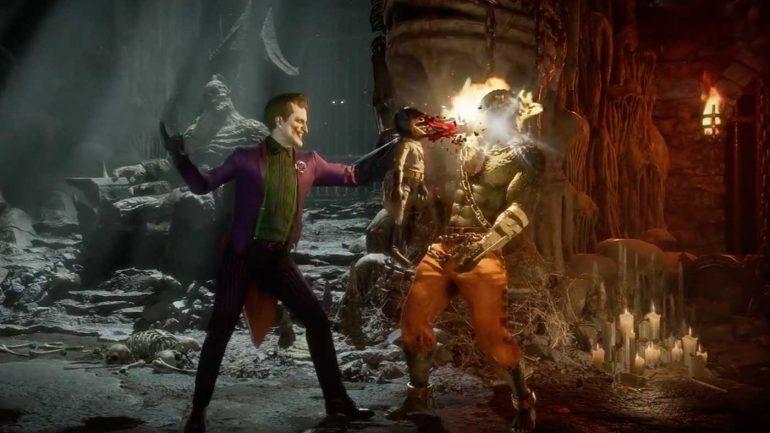 But that’s not all that featured in the trailer.

As a bonus to fans, the developers added new DC inspired skins for 4 of the main cast. Baraka gets an awesome “Killer Croc” skin, turning his flesh into green scales, with a heavy padlock and orange pants to complete the look. Kitana can be seen with a Catwoman-inspired outfit, complete with a mask and black trimmings, while Geras gets a Darkseid skin. Most impressively, however, Noob Saibot can be seen in an awesome skin of the Batman Who Laughs, the twisted version of Batman who has been terrorising the DC comic book multiverse.

Fans have wanted the Batman Who Laughs in the Mortal Kombat games as a guest, however, he works as a perfect skin for Noob Saibot due to the characters dark, shadowy nature and creepy demeanour. Also, the fighter intros would work just as well.

Mortal Kombat‘s Joker and the above mentioned DC Elseworlds skins arrive on 28 January for early access, with full release arriving on 4 February.