Home > Movies > The Monster Review – Missing All The Scary Thrills

The Monster Review – Missing All The Scary Thrills

Over the last year, we’ve seen a new trend in the horror film genre. Horror films are no longer just about high body counts and buckets of fake blood. Instead, the genre has been used as a catalyst to tell deeper stories about their potential victims (think Get Out, It Follows and Colossal). The Monster is essentially a story about a young mother struggling to connect with her daughter but is camouflaged and repackaged as a horror-survival flick. 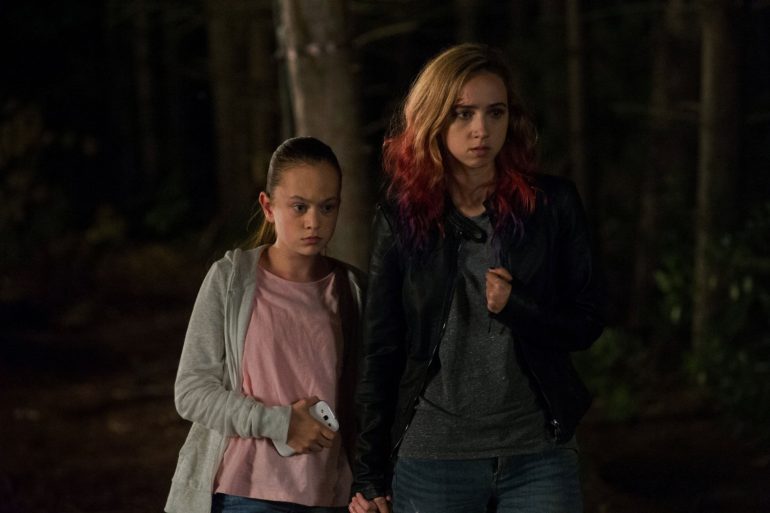 There is probably no better therapy for a mother and daughter quarrelling over minuscule differences than a savage beast in the woods hunting them down. At least that’s what The Monster will have us believe. Like the aforementioned horror films, it attempts to press on beyond the average genre tropes and deliver characters that aren’t cardboard cutouts. That said, despite amazing performances from the film’s leads and terrific cinematography, it isn’t always scary. Horror films, ultimately, reflect the fears of the times. In this case, that fear is probably related to motherhood and maybe even the political climate of the world.

There are many who argue that the key to making a truly good horror is character development and making us care about the characters involved. Bryan Bertino’s The Monster ticks that box, but still feels a little less rewarding than some of the scarier films recently released. While it might have a real-world subtext, it has less bite than you’d expect.

Zoe Kazan, in her career best, does a wonderful job of playing Kathy, an alcoholic and verbally abusive divorcee who resents her 10-year-old, Lizzy (Ella Ballentine). The first half of the film focuses on their dysfunctional relationship and the growing animosity between them before moving off into the dark. It’s all sort of a metaphorical representation of the growing monster that awaits them in the woods. Trapped and isolated inside their car on a dark and stormy night with the bloodthirsty creature lurking outside, they are forced to work together to stay alive.

We’ve all heard the story of Little Red Riding Hood. We all know the menacing wolf’s dirty tricks and we all know the predictable outcome. The Monster isn’t a fully fledged monster movie, even if it attempts to be one. It’s missing all the thrills.