Things You Should Know About Monster Hunter World Since the dawn of time, man has been fascinated with sticking sharp pointy objects into creatures lower on the food chain. It’s this primal fascination that the Monster Hunter franchise has been successfully tapping into for more than a decade. With the next game in the franchise releasing soon, I decided to put together a list of things you should know about Monster Hunter World.

A Massive Open-World –  This Is A Loading Free Zone Monster Hunter World promises a new world filled with dangerous and deadly creatures to explore. More importantly, it promises a world not filled with loading screens. While many fans of the series have been used to their playtime being interrupted by loading screens in previous games, the new instalment will be completely free of such pesky things.

The world itself will also form part of your arsenal when hunting down some of the game’s deadly beasts. Everything from hanging vines to loose rocks can be used to help defeat your prey (or piss them off more, depending on how you look at it). Monster Hunter World will also have a day/night cycle which will affect how creatures react. Capcom has put a lot of work into making the environments feel alive.

Living Breathing Eco-System – It’s A Jungle Out There

With all the effort Capcom has put into making the environments feel unique, its no wonder that they have also been hard at work creating an ecosystem that feels real and, more importantly, alive. You might be happily slashing away at your prey when suddenly another even larger creature makes its appearance. Now, while the unplanned appearance of another monster could mess up your hunt it can also be used to your advantage. Cunning (and brave) players will be able to lure these monsters close to each other so that they end up fighting, thereby weakening their opponent before you strike the killing blow and mop up all the awesome rewards.

Monster Hunter World’s ecosystem was also created to feel as if it exists independently from the player, with interactions between various monsters taking place without little or any input from you.

Palico Allies – You Have A Friend In Me While the franchise has always placed most of its focus on going hunting with a few buddies and sort of preferred it when players stayed away from solo adventuring (since you would die, a lot), Monster Hunter World will actually be a heck of a lot more solo player friendly. The game will not only allow you to play offline but, better yet, it gives you help in the form of one of the games cute feline creatures called Palicoes.

Of course, when hunting the various deadly monsters that roam the game’s open-world, help in any form is always welcome. With Palico by your side, you are sure to survive just that tad longer, thanks to their fighting prowess and ability to temporarily tame (and ride) some of the lesser monsters into combat. I mean who wouldn’t want a raptor riding cat fighting alongside them?

Monster Hunter World will also have two types of difficulty, one for solo play and one for multiplayer. This means that when going it alone you will be facing monsters with less HP. Having said this, playing with friends makes life just that little bit easier.

Mantels – Does This Make Me Look Fat Many of you might have seen gameplay footage of a hunter wearing a leafy mantle and hiding in plain sight from an enormous monster. You might have asked yourself if the creature was blind or just plain stupid? The answer is neither actually. You see, Monster Hunter World will allow you to don various mantles, which not only make you look a lot more stylish (it’s important to look good when hunting dangerous beasts) but also affords you various abilities. Some of these mantels will allow you to stay camouflaged even when getting up close and personal with one of the game’s monsters or even afford you the ability to glide short distances.

You won’t be able to continually rely on these abilities or buffs as each mantel has a cooldown period. In the case of the camouflage mantle, this means less hiding and more running. Deciding when to use your mantel’s ability will play a crucial role in succeeding with your hunt or becoming some grotesque creatures snack.

Homes And Pets – Home Is Where The (Monster) Heart Is It’s important for every hunter to have a place where they can hang up their weapon, relax and maybe have a bird-dino creature sandwich after a gruelling hunt. Luckily, Monster Hunter World has you covered as you will have access to multiple houses each with their own grade. These residences not only allow you to save, rest your weary body and store your equipment but will also be where you will manage your feline friends and more importantly store your pets. Which pets you can keep in your home will depend on the house’s grade.

14 Weapon Types – This Is My Boomstick Fighting off the many beasts that lurk in the game’s environments can be quite daunting. That is why you will need the best equipment available to successfully defeat these monstrosities. All in all, the game has 14 different weapon types for you to choose from, including light weapons, heavy weapons, and technical weapons. Each weapon will have its own unique advantages and disadvantages for players to learn and master.

Another interesting weapon/piece of gear you will have access to is the Slinger. Basically, it’s a slingshot that allows you to wield projectiles such as rocks and even capture nets at your prey (this will, of course, piss them off a lot). So, what makes this versatile slingshot-like item so valuable? The Slinger has the ability to let you swing across large gaps or grapple onto objects just like your friendly neighbourhood Spider-man (just with more monsters).

Of course, figuring out how to use the Slinger effectively is part of the fun as it opens up a whole slew of strategic options when out hunting. No, really, don’t. These little glowing insects are there to make exploring Monster Hunter World’s environments a little easier. Scouting and tracking down oversized monsters have always been an integral part of the franchise (even if it meant you got lost so many times). Thanks to the Scoutflies, however, getting lost isn’t such a daunting prospect anymore as following these illuminated little creatures will help you find your way around the world’s map and will even highlight items in the world that you can pick up.

You will still have to put in the hard work of tracking your prey. However, once you’ve found a creature’s tracks, the Scoutflies will lead you to your target by leaving a glowing green path, sort of like a glowing gingerbread trail. Basically, when in doubt look for the little glowing dots floating around, unlike your map reading skills they will never lead you astray. 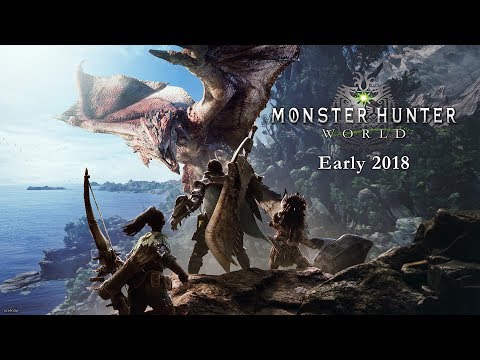 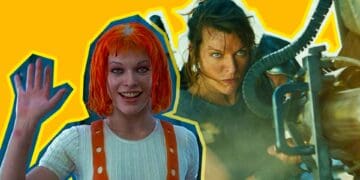 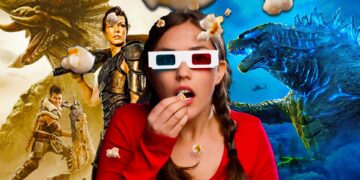