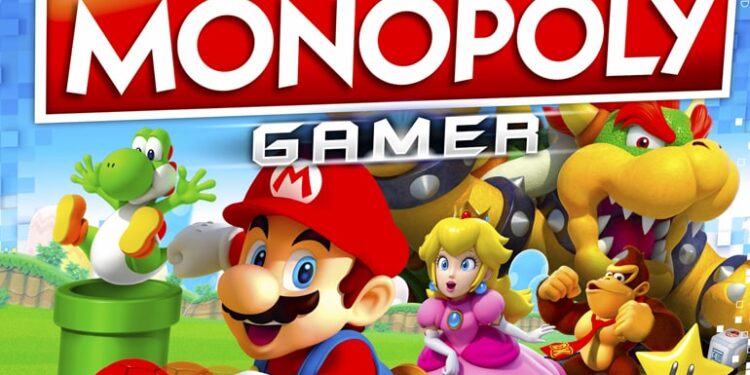 Could Monopoly Gamer Edition reinvent the classic board game into something special and different?

I mean who still plays Monopoly? It’s a question I’ve been asking a lot lately. While this once popular board game’s support has been dwindling in the past few years, there are some who believe that it’s a game that is still worth playing.

Don’t get me wrong, I have great memories of playing Monopoly with my family. Of course, as with many people out there, this would quickly devolve into underhandedness, sneaking Monopoly money under the table or just trying to eliminate my little sister’s chances of winning (even though, for some explicable reason, she always ended up victorious anyway). 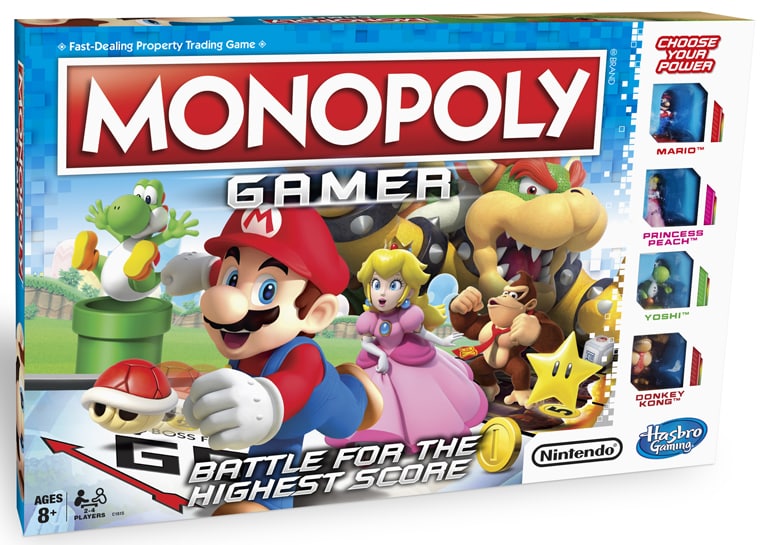 The problem Monopoly faces is that a whole slew of new-fangled board games have taken the elements that made it so popular and expanded or, in many cases, improved on them making the classic game seem outdated. In order to help bring people back into its warm nostalgic embrace, Hasbro has over the years teamed up with other well-known brands such as Transformers, Star Wars and even Disney with varying degrees of success.

The latest of these collaborations combines the world’s most well-known board game with one of the most well-known characters in pop culture and gaming, Super Mario. Before you start thinking that this is just another quick cash grab, hear me out. Instead of just simply slapping a Mario theme over the existing Monopoly game, Hasbro has really put some thought into how to approach this unique partnership.

While Nintendo’s red and blue clad plumber might be front and centre in the Monopoly Game Edition, there are a few other familiar faces too. Gone are the boring old shoe, thimble and the top hat. Instead, they are replaced with shiny and well painted Nintendo characters, like Princess Peach, Yoshi and Donkey Kong.

Each of these character tokens not only looks really good but have their own unique abilities. Yes, that’s right, your tokens now have unique powers to help you kick your opponent’s butt and what’s more is that each ability actually fits perfectly thematically, such as Yoshi being able to devour coins laying on the board or Mario’s ability to use the bank as his own personal piggy bank.

Monopoly Gamer Edition still tasks the player with rolling dice and moving around a board but, instead of players collecting properties and piles of that flimsy paper money in hopes of being the last millionaire standing, players now have to collect the most points to be crowned the hero of Mushroom land (unfortunately, the title doesn’t come with a medal).

There are still some familiar aspects found in the game, like buying properties which are given fittingly Nintendo names such as Bowser’s Castle or Yoshi’s Hill. While each property nets its owner rent in the form of coins, they also have a point-value assigned to them, which means that not only will you become filthy rich when owning a whole bunch of these but you’ll also rack up quite a few points.

As players move across the board they will get the chance to fight one of the game’s bosses and earn even more points. That’s right, just like in most video games out there, Monopoly Gamer Edition features boss battles, which is a great addition.

When a player passes the “GO” space they will get an opportunity to face off against one of the Koopalings by paying a certain amount of coins as stated on the card. Defeating these bosses are done by fulfilling their specific card’s roll requirements. Each victory will award players with points and, as a bonus, a new ability that activates after the battle is completed. After beating each of the Koopalings, players get a chance to face off against Mario’s nemesis Bowser.

What all this boils down to is that players will basically have three ways to accumulate points: by defeating bosses, collecting coins or buying properties. There are a few things to keep in mind though. Points gained by defeating bosses cannot be traded, stolen or used to pay your debt. This, of course, makes defeating bosses a very lucrative option as both properties and coins are susceptible to theft, trades or can be used to pay off pesky debt.

Mixing things up are the Power-Up die and the above-mentioned character abilities. Each time a player rolls the regular die they will also roll the Power-Up die. Each side of the Power-Up die activates an ability such as the Red Shell, which lets a player nominate another player to drop three coins on their current space or the Blooper  (those squid thingies found in Mario games), which lets a player steal two coins from another player. Players are free to decide if they chose to move first and then use the Power-Up ability or use the ability first and then move. These new options keep each turn from becoming stale. It also forces players to think more strategically about how they approach each of their turns.

This, along with each of the character token abilities, helps to elevate the classic Monopoly mechanics from just a plain roll-and-move game to one that offers players a bit more choice.

Many of you might have wondered what happened to Luigi while reading this review. Fear not as Hasbro will be selling additional Power Packs that contain new character tokens and two cards outlining that character’s unique abilities. These Power Packs will allow players to add new characters such as Luigi, Wario, Diddy Kong and Toad. No one can fault Hasbro for going all out with regards to the theme as this reminds me a lot of how DLC in video games work. 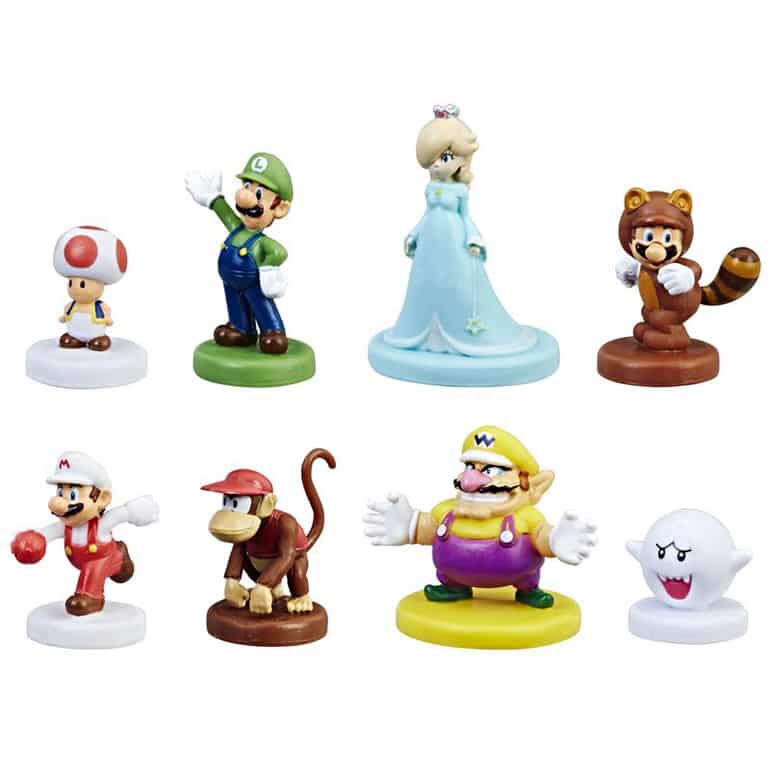 So how well does this amalgamation of all things Nintendo and Monopoly work? Surprisingly well. While a lot of the game’s mechanics still boil down to pure luck, the addition of the unique token abilities, Power-Up die and coins bring with it a welcome strategic layer that was never really present in previous versions of the board game. The game is simple and easy to understand and, with a much shorter length than most Monopoly games (thank the Monopoly gods), makes it easy enough to pick up and play without having to dedicate a whole evening to one game or spending hours debating about the rules. The Power Packs are an interesting way of extending the board game’s lifespan and might even tempt those collectors out there to give the game a go.

In the end, can you really go wrong with adding a Nintendo theme to anything? I think not. This is a smart move from Hasbro and one that might bring a whole new generation of players back into the Monopoly fold. 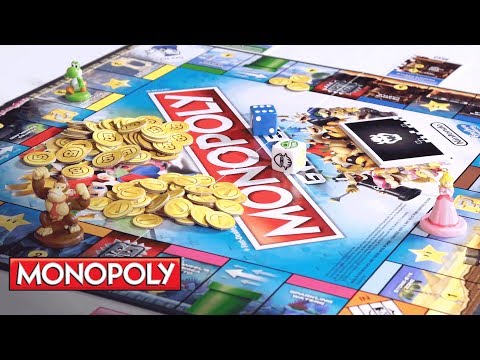