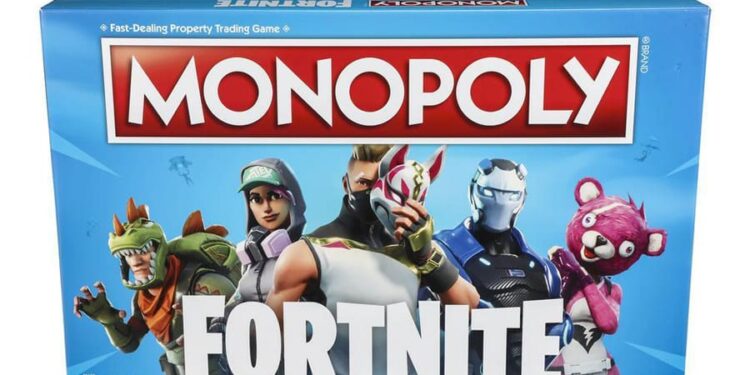 Most people grew up playing a board game called Monopoly. There was no in-depth strategy or loads of components involved, it was just about bankrupting your opponents as quickly as possible while moving around the board. In our home, Monopoly boiled down to one of us catching the other one cheating and then basically ending the game in a stalemate.

A lot has changed for the brand since then as Hasbro has been teaming up with well-known properties to create interesting takes on the classic board game. Most of these collaborations tend to be hit and miss, but some, like the Monopoly Gamer Edition we reviewed, changes the classic formula so much that it makes playing fun again. And that’s the case with Monopoly Fortnite too. 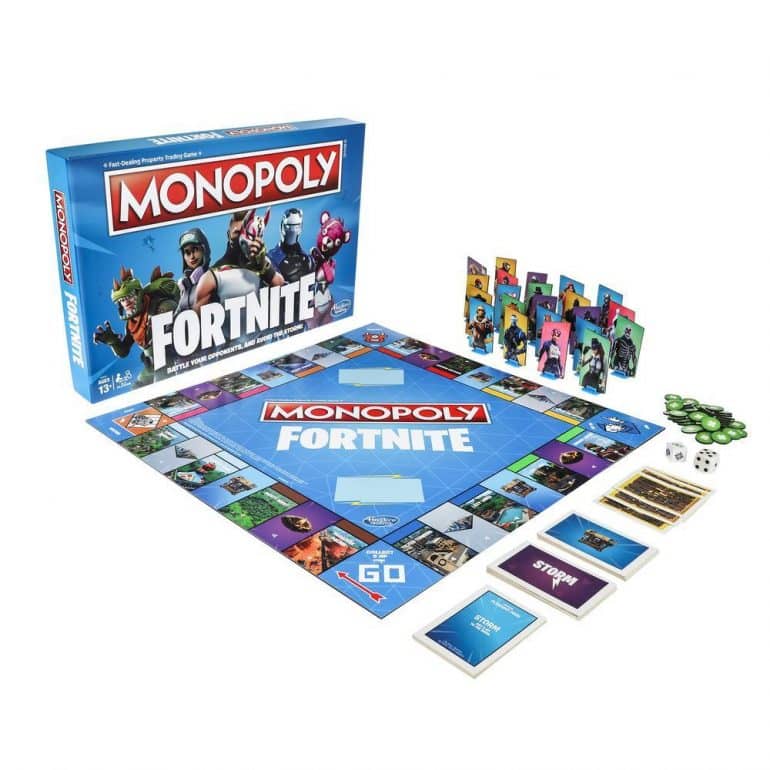 It’s no secret that Fortnite has basically taken over the gaming world. With the game boasting one of the largest player bases in the world, it would only make sense for companies to try and tap into this market. While it doesn’t really make sense to combine a game about capitalism and bankrupting your opponent with a video game about weird-looking skins and being the last man standing, somehow Hasbro saw the potential and the result might actually surprise you.

The Monopoly board is only recognisable by the GO, Jail, Go to Jail and Parking squares everyone is familiar with. The rest of the squares on the board actually represent areas from the video game, such as Tilted Towers and Tomato Town.

The plastic/metal tokens have also been replaced with 27 cardboard tokens called skins, which is a little disappointing. Another thing you might immediately notice is the absence of any money. In this version of Monopoly, the money has been replaced with health tokens. So, overall, the components in this version of Monopoly is sorely lacking and I can see the cards tearing quite easily because of the thin card stock that is used. 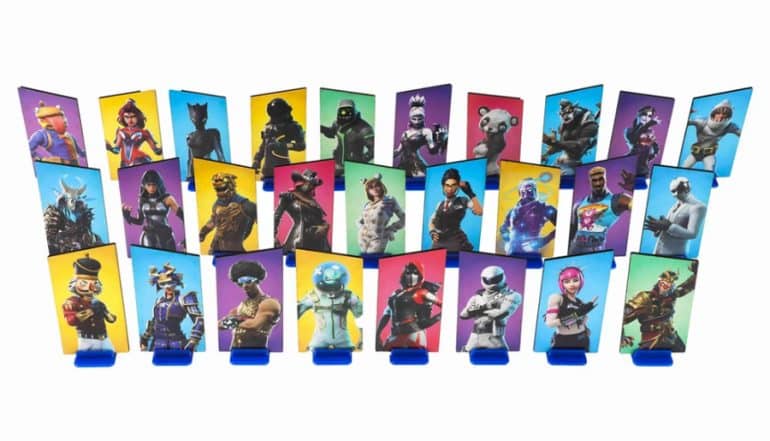 The aim of the game in Monopoly Fortnite is not to end up with the most money but rather to, just as in the video game, be the last player standing.

The game starts off with the first player deciding where on the board they would like to drop in. You see, instead of throwing your cash around and buying spaces, players will rather use them as ‘safe zones’, which then basically deals damage to anyone else who lands there. Each player gets 15 health points. Once this drops to zero, you are out of the game.

Players move around the board using a set of dice. One die decides how many spaces you move and the second lets you perform one of four actions:

Building a wall – This action lest you place a wall on the square of your choice, depending on the number you rolled. The wall then acts as a shield protecting you from your opponent’s bullets and stops them dead in their tracks.

Healing yourself – Rolling the bandages action lets you gain some lost HP.

Shooting – Rolling the crosshairs will allow you to take a shot at another player, or wall, that is in your line of sight.

Dancing the night away – The Fortnite game has a bomb that makes players dance uncontrollably, and this is the board game’s version of this.

Players will essentially be moving around the board rolling the dice and trying to take each other out. But it won’t be easy.

The game throws in another spanner into the works; The Strom cards. These cards represent the ever-closing poisonous storm cloud that slowly envelops the map in the video game. As these cards come into play, they start covering up squares on the boards and should you land on them you’ll have to lose even more HP tokens. These cards are also drawn when you pass GO. So, instead of receiving some money, you add more death to the board.

Of course, the chest items deck includes some useful items to help you take down your foe or evade danger. These usually only have a one time use. Deciding when to use it becomes quite important. Overall, Monopoly Fortnite is a very creative and surprisingly fun interpretation of the video game. Sure, you are still left at the mercy of the dice, and it is still a roll and move game at its core, but the new mechanics do add some welcome strategy to the formula. To be honest, the game strays so far from the formula we know that it could have potentially been a stand-alone game, completely unrelated to Monopoly.

Monopoly Fortnite is a surprisingly fun board game that plays a lot quicker than the original. It is an interesting take on the tried and tested formula.