Despite its charismatic leads (George Clooney and Julia Roberts), its director (Jodie Foster) and its interesting premise, hostage drama Money Monster is only mildly entertaining and quite rough around the edges. 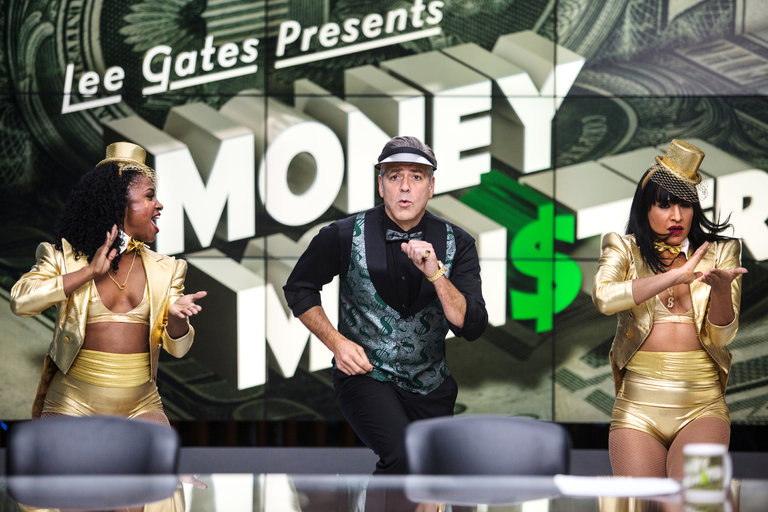 A TV financial investment analyst (George Clooney), the “money monster” of the title, gets taken hostage mid-broadcast by Kyle Budwell (Jack O’Donnell), a delivery man who sank his life savings into Ibis after an investment tip from the know-it-all host. Kyle sneaks on set with a gun and a bomb and demands an explanation for his losses. Meanwhile, the show’s director/producer (Julia Roberts) tries to keep everyone calm and cool. What ensues is a deeper (but still shallow) look at media sensationalism and corporate corruption.

Hating on rich Wall Street cats is America’s new favourite pastime – a sentiment that becomes quite clear with the film’s motives and message. “No George Clooney! Taking money from poor people is bad. See what could happen? They might just become extremists.” This would be an okay topic had it been handled more subtly or more earnestly. Money Monster – a title that feels too on the nose – instead tries to gently tap the topical outrage in morse code on your forehead with a silver spoon.

Viewers expecting a hostage drama in the vein of Argo or John Q or even a riveting drama about the financial market, like The Big Short, will be bitterly disappointed.