MLB The Show 22 (Major League Baseball The Show 2022) is the 17th title from the franchise, dating back to the first release in 2006. Having established itself as the main title for the series, it gained popularity in the early days, releasing a new title each year, updating graphics, gameplay and rosters much in the same vein as the FIFA franchise.

Admittedly, I’m not a fan of baseball. Having attempted to follow a few games a few years ago on ESPN, along with other American sports, I couldn’t get into the nitty gritty of the game. The rules are fairly straightforward, so you won’t be bogged down by nuances such as the likes of NFL. However, when playing MLB The Show 22, you’ll still require the basic building blocks to the sport to have any chance of progressing and enjoying the title.

Upon the first launch of the game, you’ll be presented with the option of difficulty level, which is then followed by the style of play (gameplay). Not knowing any of the options off the bat (no pun intended), I was thankful that it provided a practice session of three balls to test each one. I quickly realised that I was supremely out of depth when it came to fully control the game experience.

There are three main elements in MLB The Show 22 which need to be controlled – batting, pitching and fielding. You can also enhance this experience by controlling your runners while you bat, as well as the field while you pitch. However, this was too extreme for my novice level and proceeded to set these to automatic.

With a few warm-up games, I was then presented with an option to play the league or enter MLB The Show 22‘s Story Mode. I chose the latter. Here, you create a custom player and manage their way through the lower leagues, training between games as well as a few media interviews. It’s reasonably in-depth without being overwhelming for any newbies like myself.

Unlike the standard game, you control just one player on the field. This is similar to how FIFA does its own Story Mode. Selecting an all-around experience, I was presented with both batting and pitching practice sessions to improve on each. However, having progressed far enough into the game, I realised this was misplaced enthusiasm, as you spread yourself a bit on the thin side trying to grow the player’s abilities.

What I found really frustrating in MLB The Show 22‘s Story Mode is how little of the game you get to participate in when being selected for just one function. If you’re a batter, you’ll be called to the plate every 2nd or 3rd inning, meaning the game will skip from the 1st inning to the 3rd, for example, then having to see the scoreboard changed quite dramatically in between without having seen any of it. You may also be called to do some fielding, however, only when you’re needing to field an active play. For example, the pitcher throws the first pitch and the ball heads in your direction. You’ll then control the player to field the ball or make a catch. If the ball doesn’t reach you again until the 5th inning, you won’t then have interacted for a full four innings and multiple pitches in between. It’s quite peculiar, to say the least.

On the other hand, if you’re selected as that game’s pitcher, you’ll be throwing out almost the entire game, depending on your fitness and the number of pitches. Early on in the player development, you’ll pitch five to six innings before your stamina depletes and you’ll need to be replaced. The game then ends at this point. Once your stamina does improve, you’ll then be pitching out the entire nine innings, giving you quite a bit more game time.

Gameplay in MLB The Show 22

As for the gameplay in MLB The Show 22, as mentioned previously, it really depends on your level of skill selected at the start of the game. Having selected one of the more basic options for both batting and pitching, it made things easier to get used to. However, you don’t have nearly as much control over how the player performs any task, especially when it comes to batting.

When pitching, you get to choose one of the four of five throw types, then select where you want to pitch it. At the same time, the keeper recommends which option to select for each batter’s strength and where to pitch it. It’s not necessary to choose any of it but does help overall. Pitching, for me, is the most engaging aspect of the game. This is especially true when you’re trying to pitch perfect innings – no runners to first base for the entire nine innings. I achieved this accolade after many hours of playing and was a bit of a relief once I accomplished the achievement. Heart racing stuff, especially once it comes to the last batter.

Batting, on the other hand, is a lot more rigid than the selection I chose. You can look around the field and then select one of three hitting types. You can finesse a hit, go full guns blazing or a simple bunt. For the most part, you’ll find yourself attempting a full swing looking for a homerun. You’ll quickly realise that this is a high risk, high reward approach and not always welcome. If, for example, you have the bases loaded, there’s no reason to want to push for a homer, which can cause the end of the innings with a potential for three additional runs. In this scenario, I attempted a few bunts to attempt a run-through from the other batters. However, I failed miserably at this, no matter how much I tried. And this was my frustration with MLB The Show 22 when it came to the batting. It’s not as nuanced, and not that easy to push for a slider into the deep field for a few runs, as opposed to risking an air ball.

When it comes to the graphics and animations from MLB The Show 22, there’s a lot to be desired. It doesn’t look half bad upon first play, but you’ll quickly note that some of the more advanced features aren’t as defined. This includes facial features and movement, hair and the likes. Then, on animations, it isn’t the smoothest either. When pitching, it looks pretty good. However, when hitting the ball and viewing the replay, you can often times pick up that the animation of the swing and where the ball was hit doesn’t sync perfectly. Additionally, given that same animation, there’s very little chance a home run could be hit from it, and yet it does. It doesn’t score high on the realism factor from this perspective.

Being a sports game, one has to compare it to other major titles for realism, engagement and the like. MLB The Show 22 doesn’t compare to the likes of FIFA. I don’t think it can, to be fair. Then again, this may just be a personal preference, not being able to fully get behind the sport itself versus what the game can produce. The game is quite in-depth from what I experience and the experience can be customised in so many ways, making it more unique than FIFA in this regard.

To be fair, I grew to like MLB The Show 22 more than I had initially expected. From watching baseball to the first few innings playing it, there was a lot of repetition. This ultimately is where the game lost me in terms of watching it. However, when playing, there are quite a few options to increase the experience even before hitting the field. Then, once there, you can further enhance the experience with how you play the game. This is especially true when it comes to pitching, which I found myself doing far more often than that of batting, which, to me, requires a lot more work.

MLB The Show 22 is a good game. I imagine that baseball fans might enjoy it even more than me. It’s worth a few good hours of play, too, coming back and trying new options, leagues and more. It even has a stadium builder option, where you can customise your home stadium, if you really want to spend more time in-game.

MLB The Show 22 is a good sports game offering. There are plenty of options to customise your gameplay experience, including building custom stadiums to play in. You can have anything from a basic experience to one that is quite in-depth, controlling all aspects of the game. You choose how you want to play. 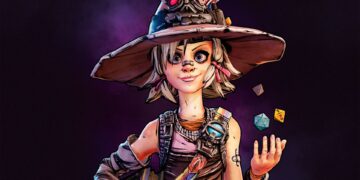