Miss Meadows is an odd beast, with a few high-concepts that make it appear like it’s trying too hard. It doesn’t really have the follow through from the writing or directing to send it into the heights of cult classic or authentic art piece. Miss Meadows (Holmes) is a first-grade teacher in a saccharine, over the top charming slice of American suburbs. She wears old fashioned outfits and talks in a very distinct, child-like way. She is also secretly a vigilante, killing all those she judges to be dangerous to others or guilty of serious crimes. Problems arise when she begins a romantic relationship with a sheriff (Dale) assigned to investigate the identity of the killer.

I think the biggest problem with this film is a lack of will to commit to one side or the other. Will it be a Tarantino-esque violent parody/satire? Will it be a psychedelic exploration of the mind of a killer? Will it be a gradual horror story about the costs of violence and the pain it brings? It has elements of all these, but never ties them together in a convincing way, and whenever trouble rears its head, the film rather heads for the tried and tested clichés that are ever so boring nowadays.

Katie Holmes is convincing in the role, but otherwise, I don’t have much to recommend Miss Meadows, except as a curio piece. Catch it if it’s on, don’t spend any extra money on it. 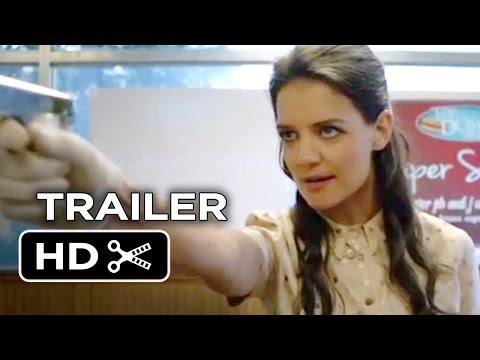